When a Sydney woman woke up one day, she found herself $19 million richer and her mortgage paid off.  Clare Wainwright, a lawyer, first discovered the millions in her account on October 25.

Prior to that,  in September, National Australia Bank sent a letter confirming a direct debit for loan repayments had been set up.  The letter said Wainwright’s monthly repayments would be $19,225,703 — not $1,900, — with the next repayment due on October 25. 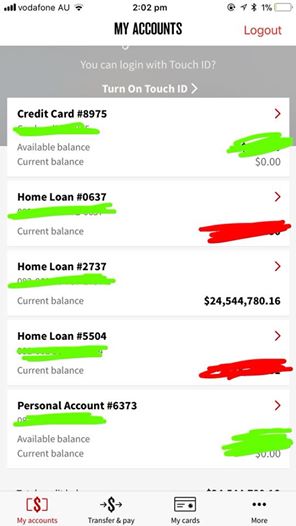 Wainwright posted a picture of the transaction online, which showed how much money she had in her account in Australian dollars. Even though both banks were contacted about the error, the money is still in Wainwright’s account.

“When NAB accidentally pays out your entire mortgage, and gives you an extra [$19 million] to redraw … do I skip the country?” she jokingly wrote on Facebook.

Wainwright said she was never tempted to spend the millions.

“I’m a lawyer, which is why I haven’t spent the money,” she said. “Mostly because I figured it wouldn’t play out that well trying to play dumb on that.”

“They obviously don’t understand I could just skip the country,” she said.

Asked how she would spend [$19] million, Wainwright said: “Well, if I was allowed to use it, I’d pay off my mortgage and buy another place. Or an island.”