Former Miss Germany International Aline Marie Massel, 31, and a married hedge-funder charmed the beauty-pageant mistress with the promise of an ostrich farm in Uganda. Instead, she contracted an STD, according to a Manhattan Supreme Court lawsuit. 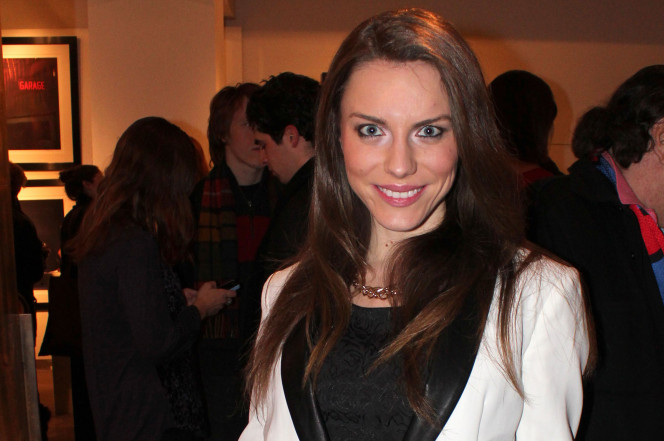 According to her lawsuit, the beauty queen-turned-Tesla model met Gibbins while dining at Le Bilboquet in Manhattan in June 2014.

Gibbins, is in his 40s, told Massel he was unmarried and that he wanted to have four children with her, the suit says.

“He promised to buy a large estate for them in Canada called the Royal Antler . . . and an ostrich farm in Uganda,” according to court papers. 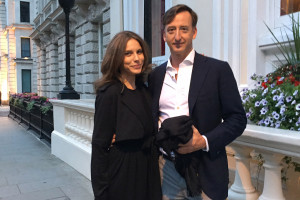 Before long, he was jetting Massel to the World Cup in Brazil, taking her for Japanese massages in Midtown Manhattan and showering her with gifts including a Faberge purses.

After only a few weeks, Massel discovered her wealthy beau was married after his wife texted her, “You are not the first and will not be the last,’’ court papers allege.

Massel said she continued their relationship because Gibbins told her he planned to divorce his wife.

In the meantime, he insisted on having sex with her without a condom and gave her HPV, according to court documents.

Massel “felt deceived and upset with [Gibbins] as he had been her only intimate partner since her last health screening and he did not disclose his sexually transmitted disease to her,” the $15 million suit says.

The two continued to see each other, with Gibbins taking a helicopter to Italy to meet her for lunch in the spring of 2015, and paying for her Manhattan pad.

When Massel got pregnant in July, Gibbins pushed her to get an abortion, the papers state.

He told her “he would not be there for her in any respect if she chose to keep the baby,” while his lawyer offered her money to have an abortion and warned “how difficult it would be to raise a child alone,” the suit says. 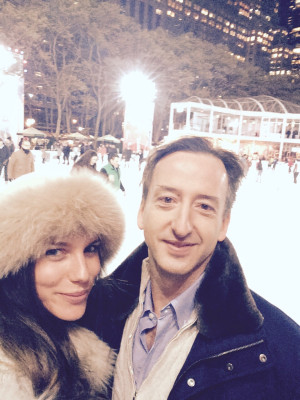 Gibbins’ wife said in a text, “Have the baby if you want it so much. I cannot wait to see you getting fat and ugly,“ according to court papers.

Massel did get an abortion a few months later when someone began following her around Germany, according to her suit filed by lawyer Edward Hayes.

She said she believes that Gibbins hired a private detective to trail her. She knew he was concerned she would blab about his business dealings, which include his failed effort to buy a Ukrainian bank that was a “location for money laundering,” the suit says.

Massel grew so depressed after the ordeal that her modeling agency dropped her and she started seeing a shrink.

A rep for Gibbins said, “These baseless allegations are without merit, and Mr. Gibbins will defend himself vigorously.”