Imgur user velaskin, posted his hilarious exchange with a mother who just wouldn’t give up the idea that she wasn’t texting her daughter. The conversation went on for nearly a hundred text messages before she finally realizes that she did in fact text the wrong number.

The Mom initially texts the 30-something Wisconsinite because she wants her daughter Jess to grab “milk and lunch meat” on the way home. That got an immediate response from velaskin saying that he’s pretty sure she has the wrong number.

That’s when the hilarity ensues. The messages go on for awhile and after consistently trying to prove that the mother isn’t talking to her daughter, he can’t seem to get through to her. 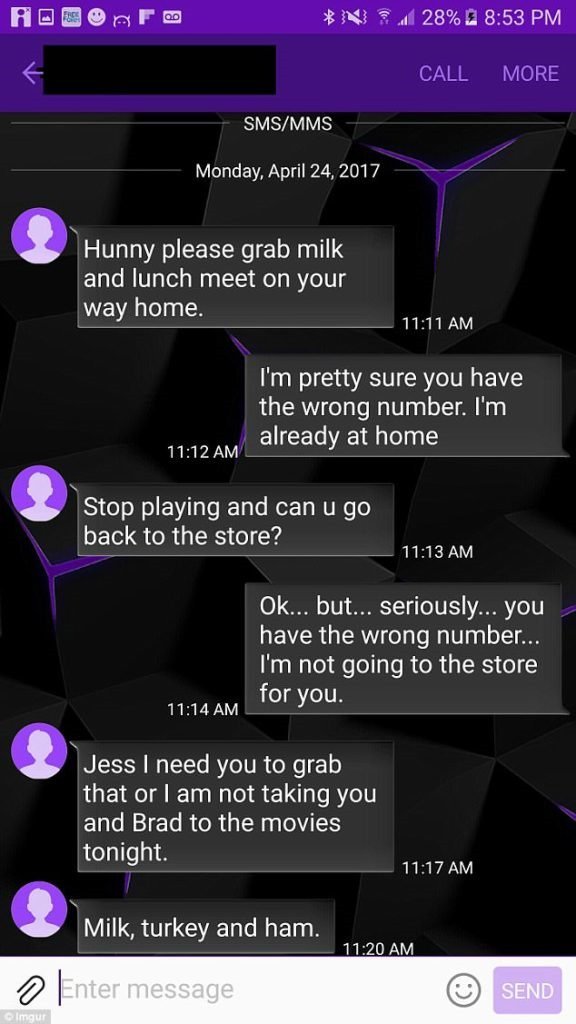 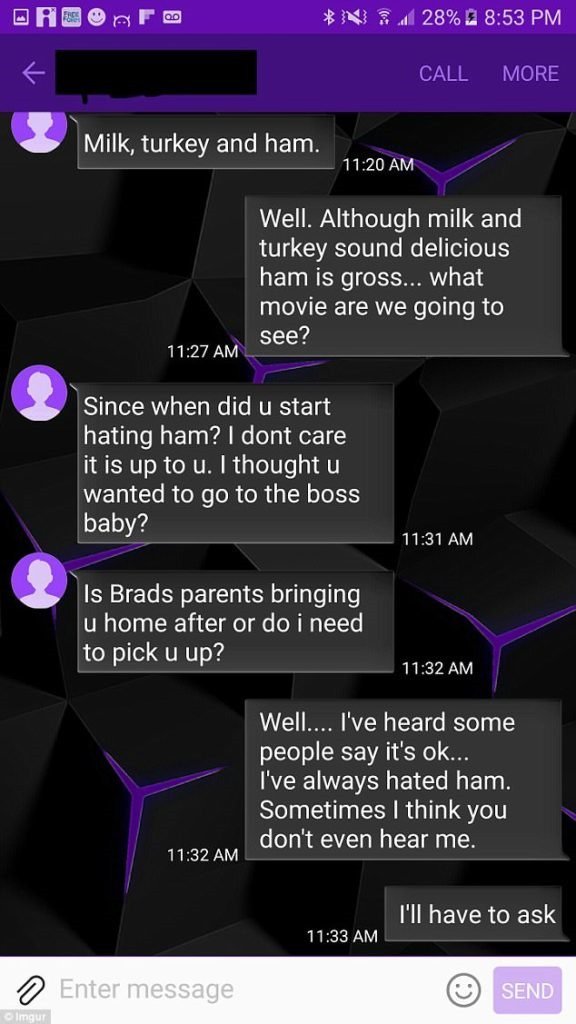 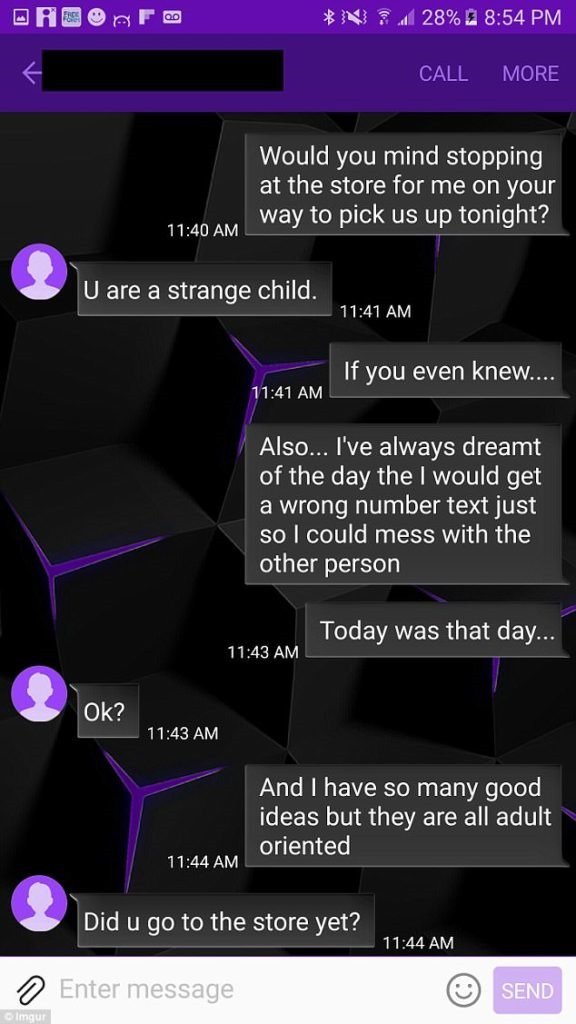 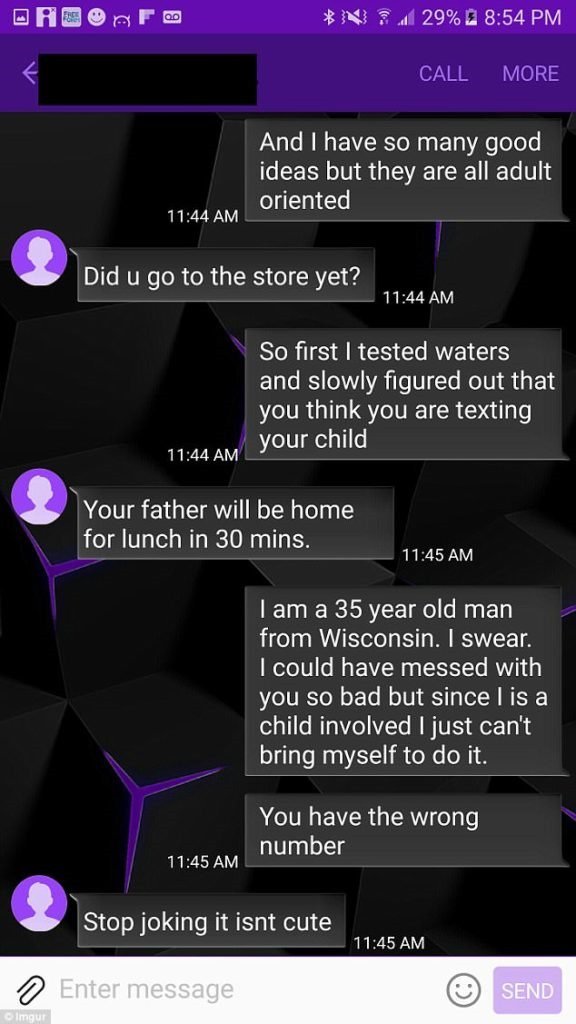 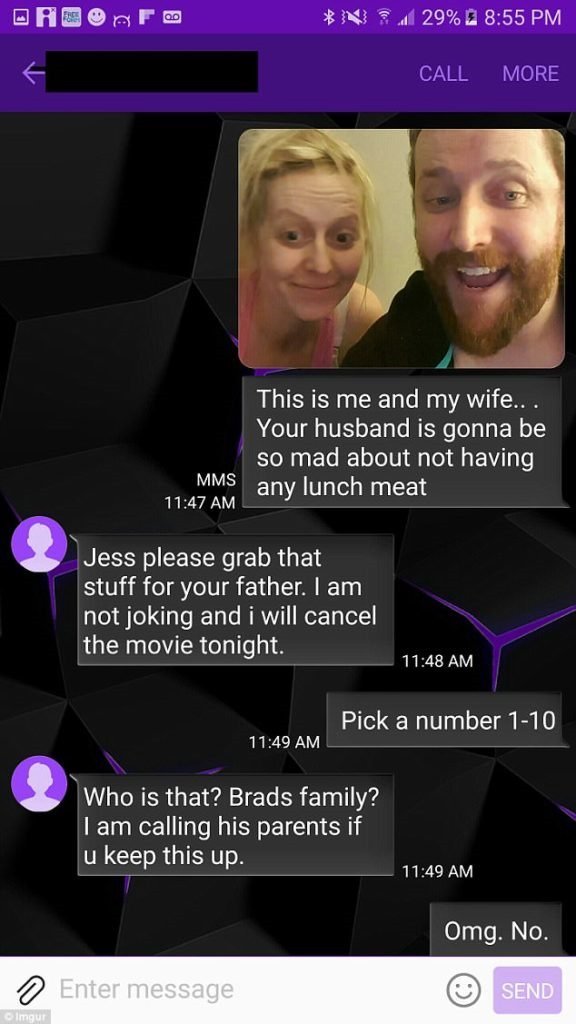 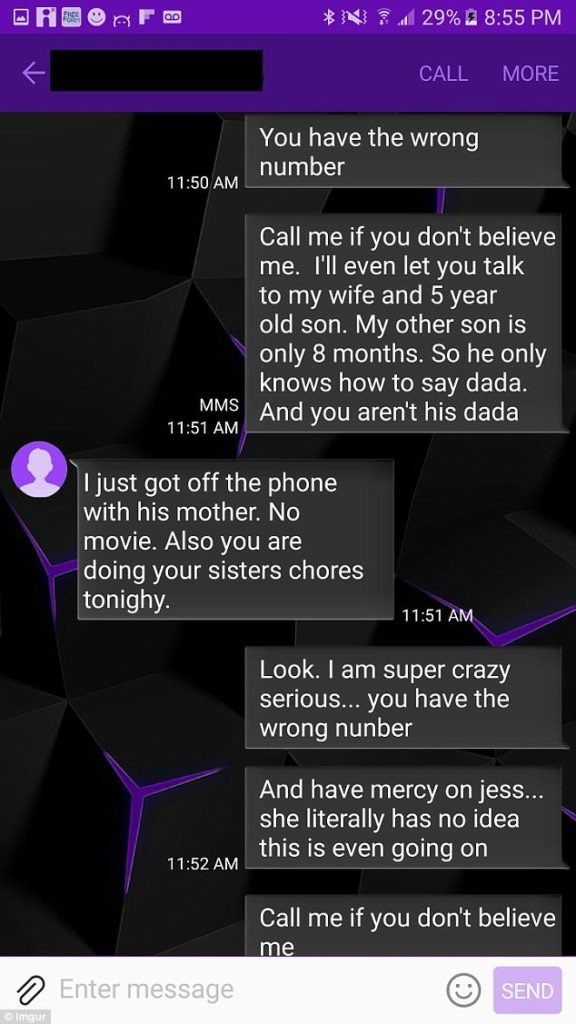