The bonds of love and affection are remarkable.  Like this monkey who opened his heart to a puppy. 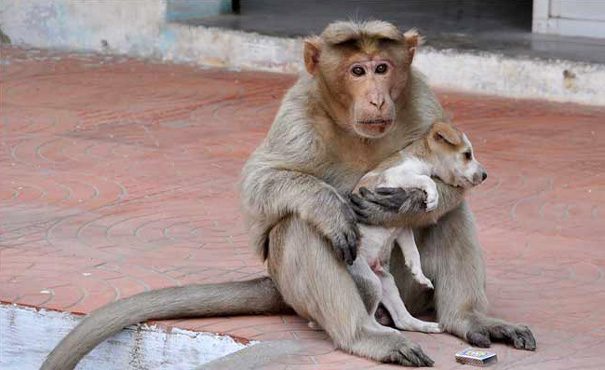 The rhesus macaque became the talk of the town in the city of Erode, India, after he was spotted in the company of a tiny puppy. It’s not entirely clear how the wild primate came to adopt the young dog, but he nevertheless appears to regard him as his own baby. 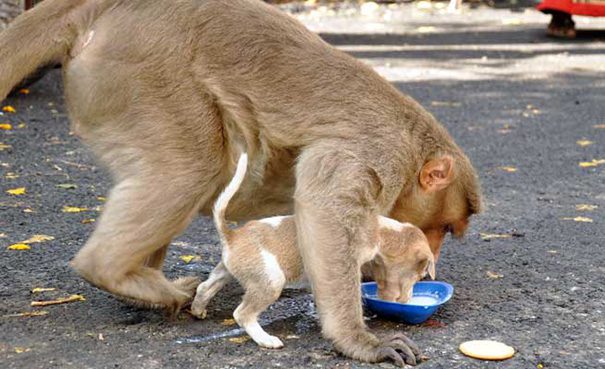 The locals have reportedly set out food for the unlikely little family. And, sure enough, the monkey is said to share the offerings with his canine companion, making sure that the dog eats first. 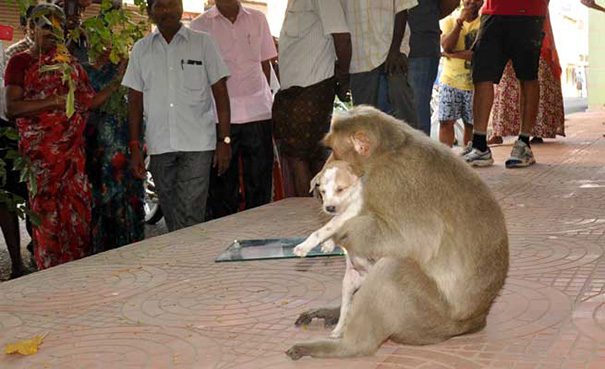 The pair has still sparked a lot of interest from locals — and it’s easy to see why. 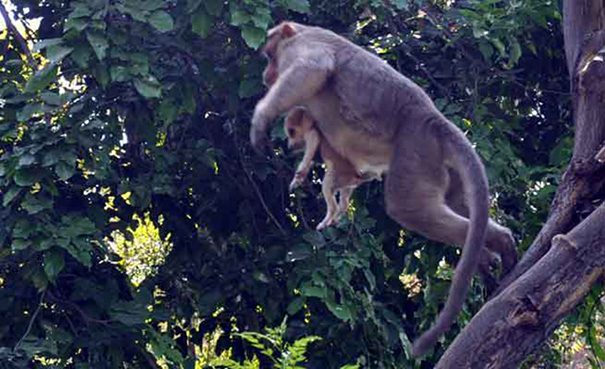 “People who have seen them spoke of their strong mutual affection and described their bond as the most caring thing in the world — to take care of a puppy in danger and protect him like a parent. Their undying affection gives us a valuable lesson about relationships.” 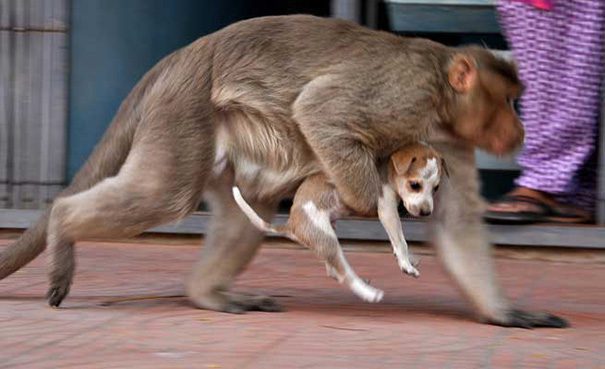