Look closely if you dare — these males are being hunted by Australian cops for their naked display.

Police in Newcastle — a coastal city 90 miles northeast of Sydney — are hunting five young men who brazenly ran through a local McDonald’s almost completely naked. Two of the males used a large object to obscure their manhood — but police aren’t lovin’ it. 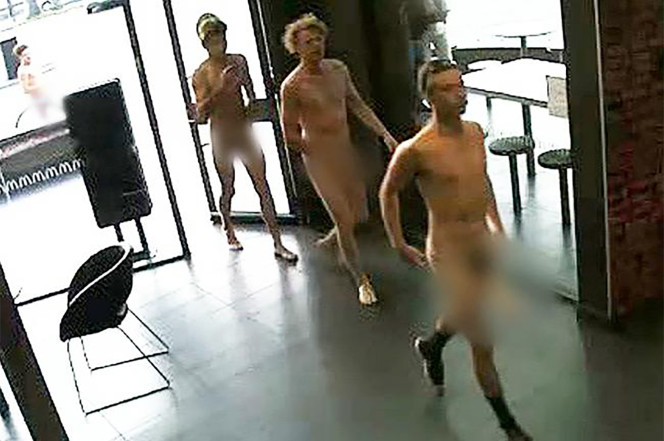 The five naked men are still at large. Newcastle Police

The nude run was captured on CCTV entering the Kings Street McDonalds on Friday, November 10, and officers from Newcastle City Local Area Command have released the images in an attempt to identify them.

Detective Chief Inspector Peter Mahon said that while the incident may appear amusing there were several families with small children in the restaurant at the time.

A young child is visible on the footage just a few feet away from the naked five as they walked into the fast food joint.

“Police are investigating this display of offensive behavior and are seeking assistance from the public to identify the males.”