According to Kuala Lumpur U.S. Embassy consul general Tim Scherer, the scammers are not targeting rich people but middle-class Americans with very little money to spare.

Many people do fall victim to these scams, but a British woman was having none of it and turned the tables on the scammer. The woman received a message from a Nigerian pastor “Stephen Masumbo,” who started the conversation by saying, “Hello sweet lady.”

Read the hilarious conversation between the two and see how Stephen Masumbo is the one who gets “scammed” by this British woman. 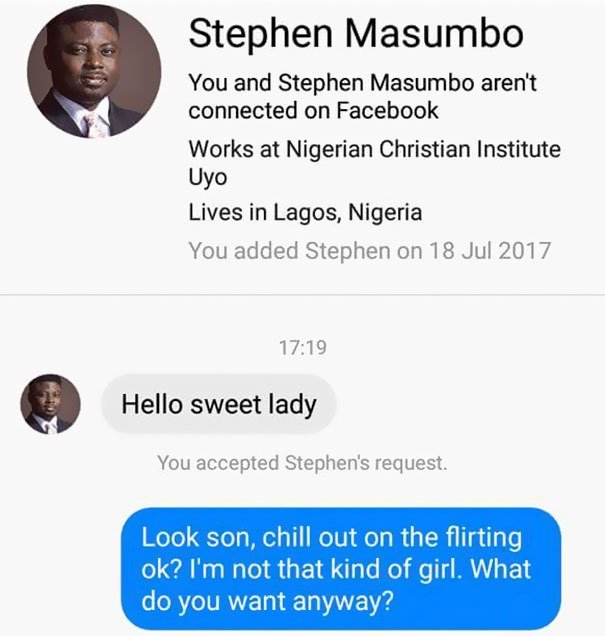 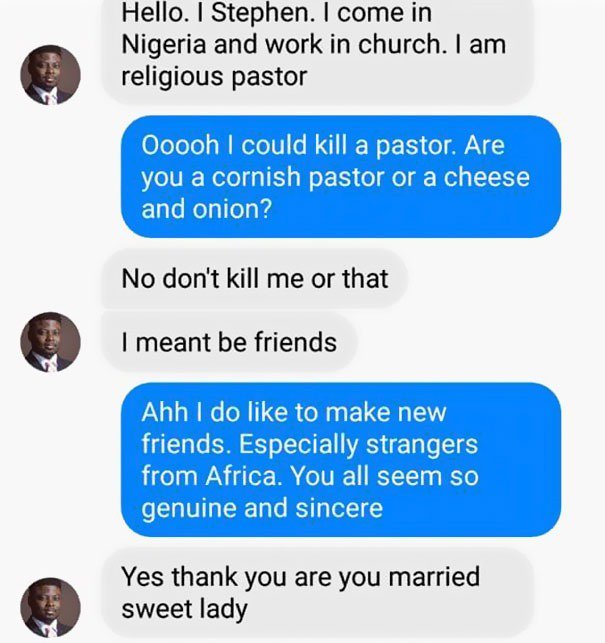 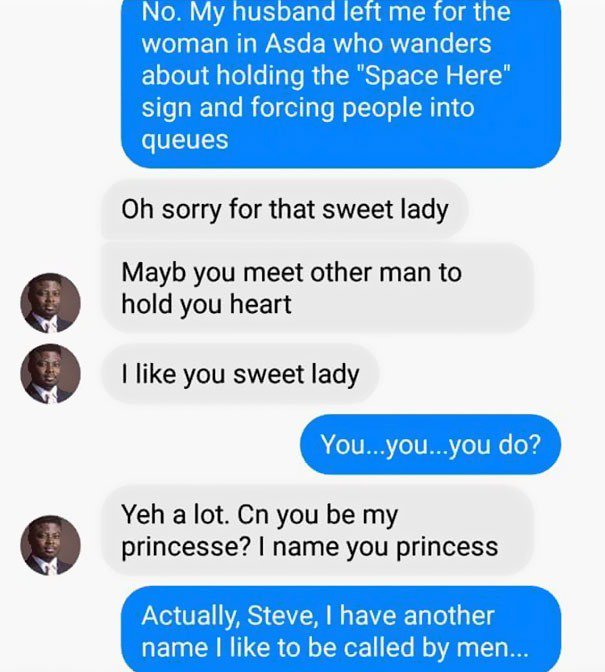 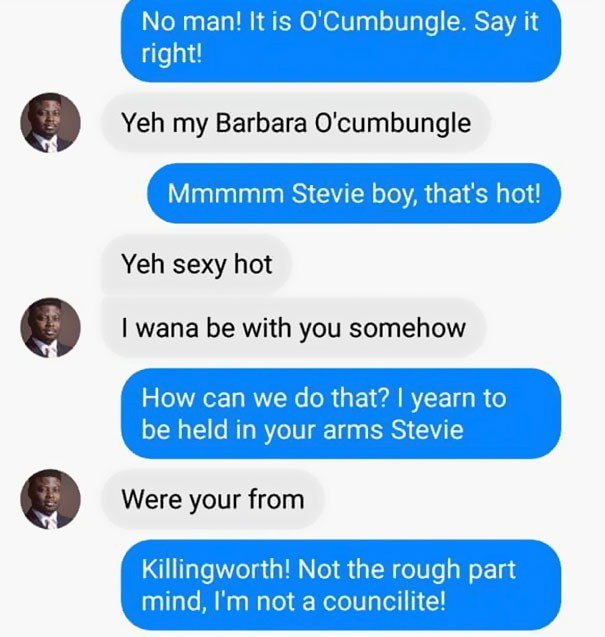 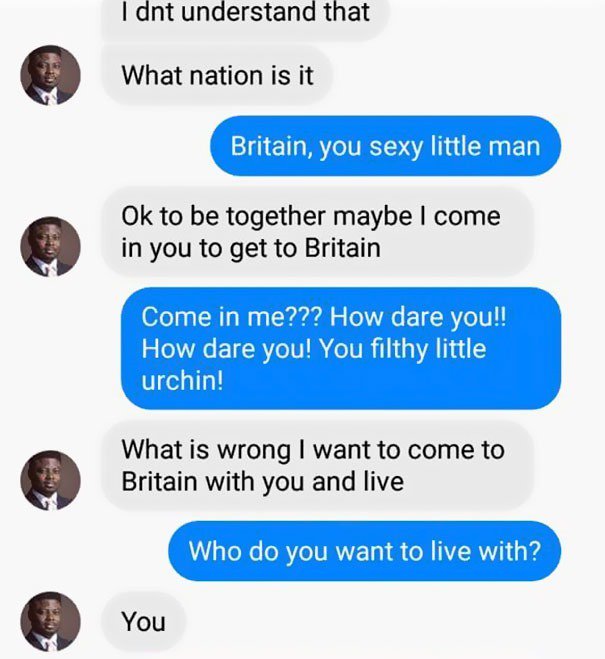 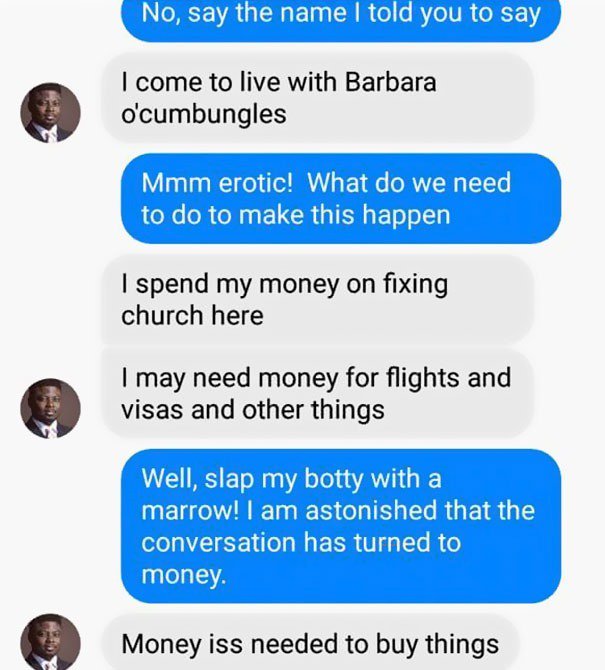 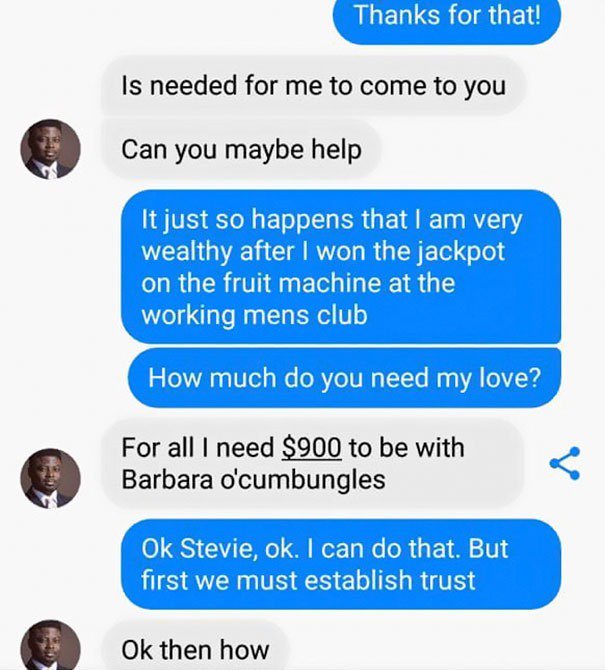