We all got stumped by this hidden man in the face of a bear, and we stared at this shiny legs illusion for almost an hour before figuring it out.

The next day, Micah’s friend Brandon Brieger shared the image to his Twitter account, where it got a ton of attention.

People were absolutely positive that the picture was taken at a massive concert or music festival — it looks like someone stood in the crowd and snapped a photo of the stage over the heads of other concertgoers.

But the image isn’t what it seems. Brandon captioned the photo, “The Boys of Fall,” which sounds fairly band-like, but it’s actually a reference to farm life. 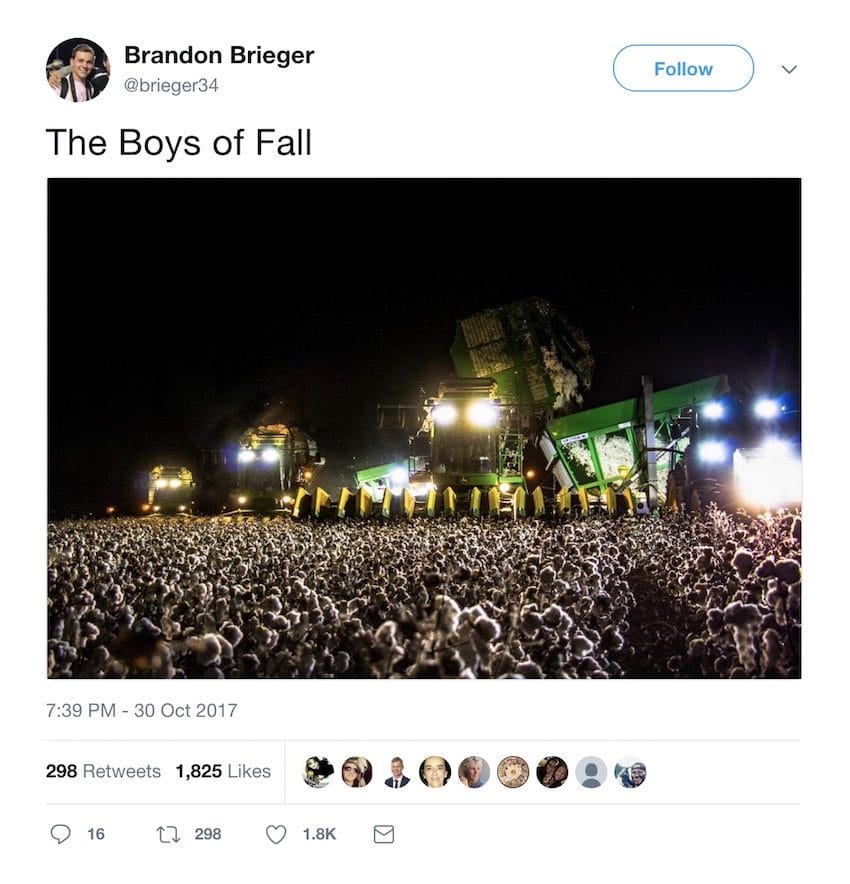 Take a look at this picture. What do you see?

If you see a concert, you’re not alone. Almost everyone initially thinks this is a photo of a music event. 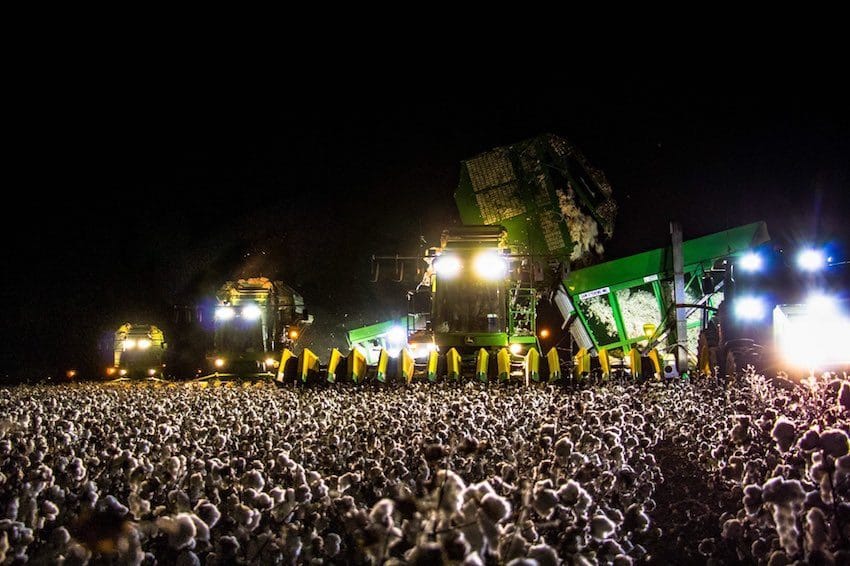 Take a closer look, though: Are those actual people in the crowd?

Is that actually a concert stage, or something else?

It turns out that the photo isn’t even close to a concert; it’s actually a cotton field being harvested!

Look at the picture again. Do you see it now? 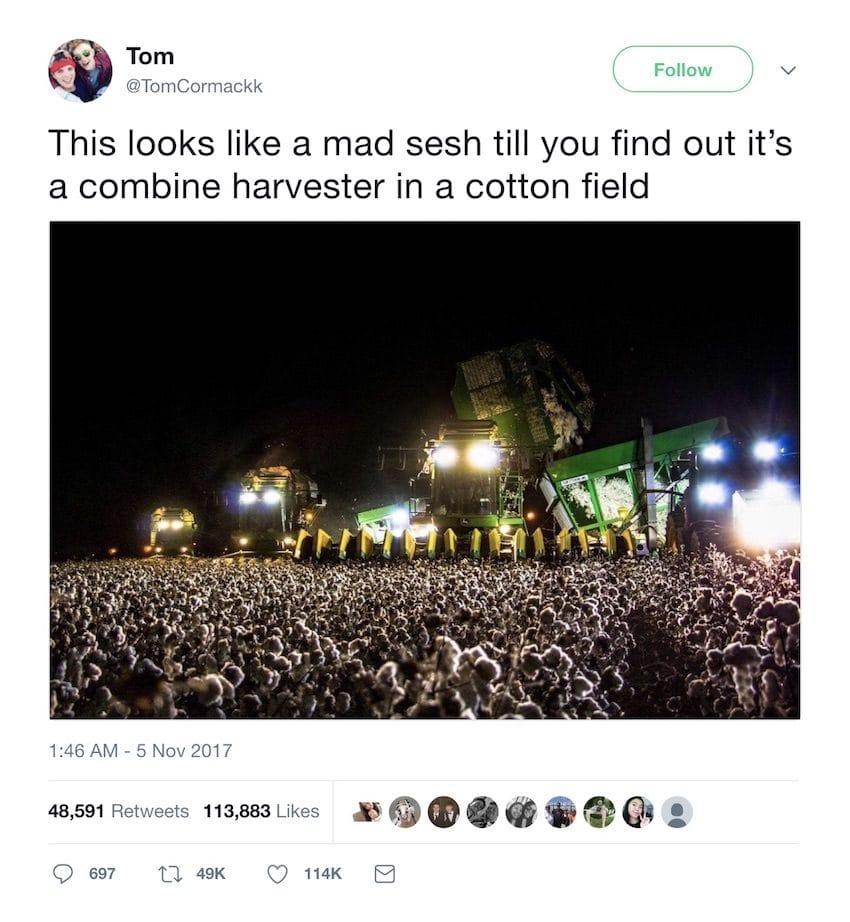 Tom Cormack shared the photo on his Twitter, where it got massive engagement.

He wrote, “This looks like a mad sesh till you find out it’s a combine harvester in a cotton field.” 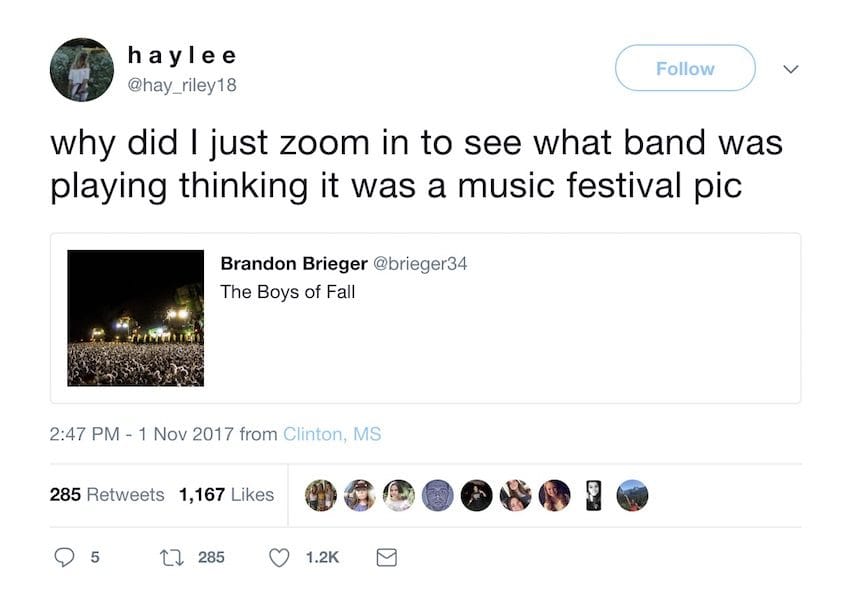 Hayley Riley had a similar reaction, writing, “why did I just zoom in to see what band was playing thinking it was a music festival pic.”

It seems like a lot of people could relate, because almost nobody understood it was a cotton field at first. 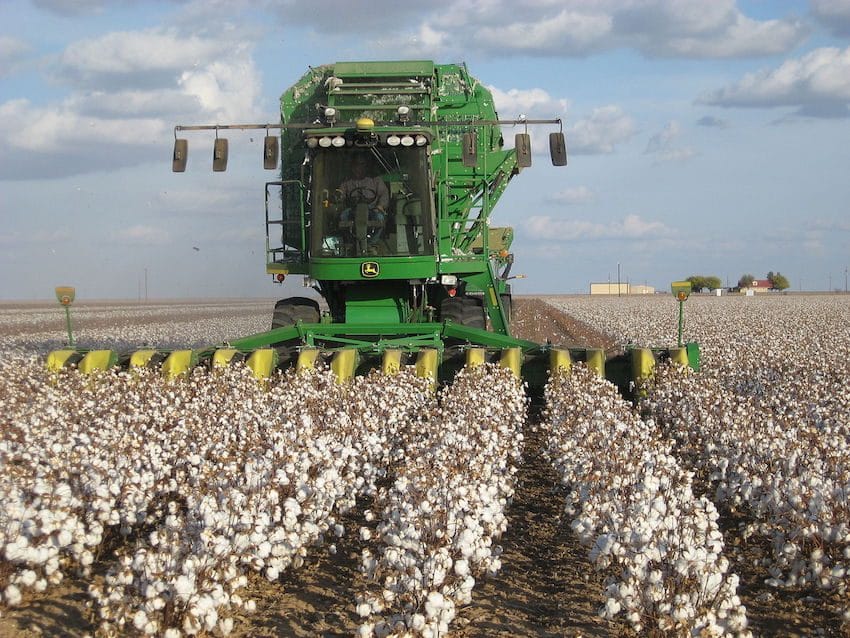 If you’re still struggling to see the picture for what it really is — a cotton field — just compare it to this similar photo taken during the daytime.

It’s impossible to see it as a concert now, isn’t it? 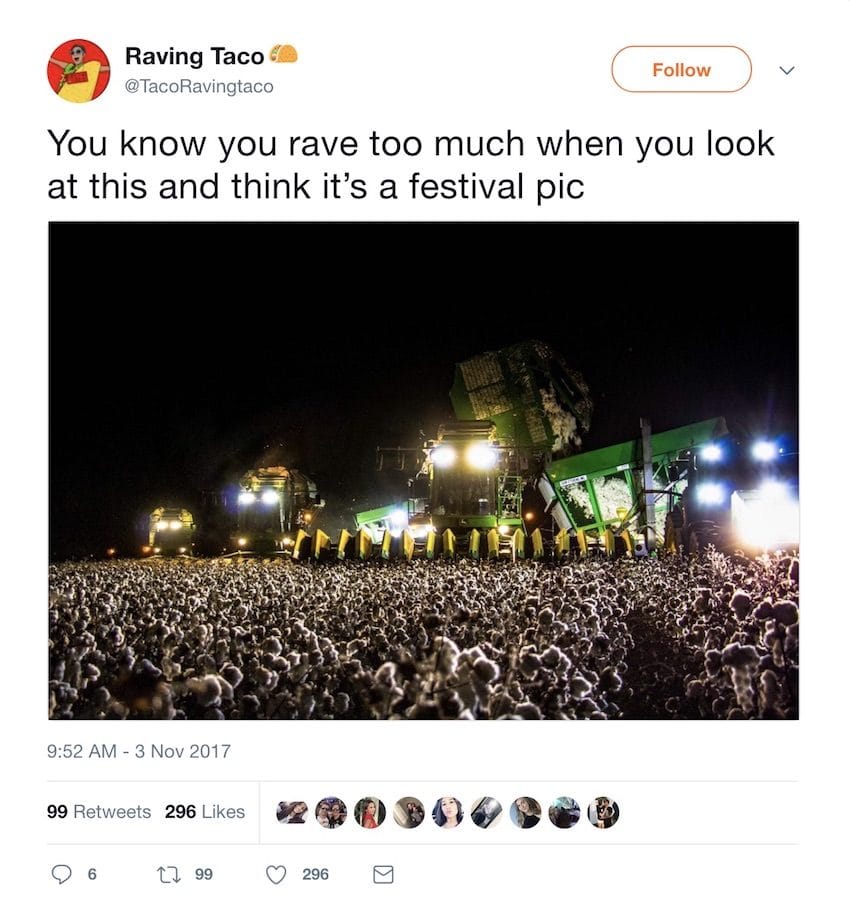 Some people who saw the picture worried that the way they saw the image reflected poorly on their lifestyle choices.

One person wrote, “You know you rave too much when you look at this and think it’s a festival pic.” 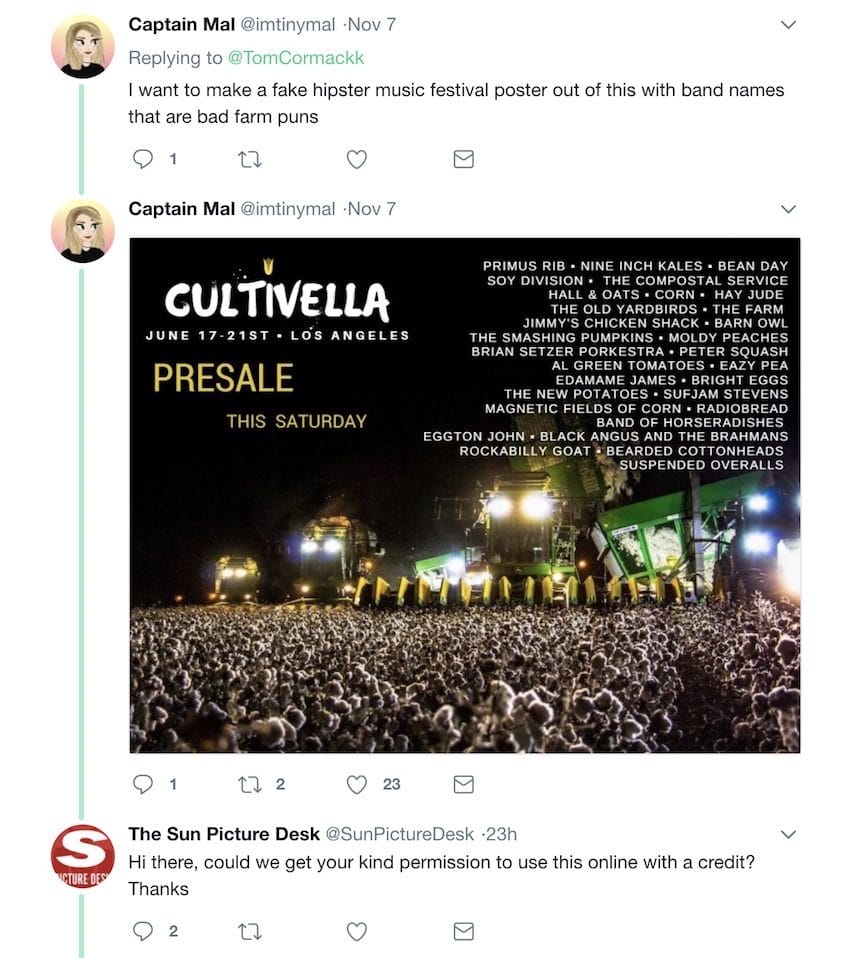 One person thought the whole situation was so funny that they wanted to turn it into a concert poster showing a mock festival lineup.

“I want to make a fake hipster music festival poster out of this with band names that are bad farm puns,” Captain Mal wrote. 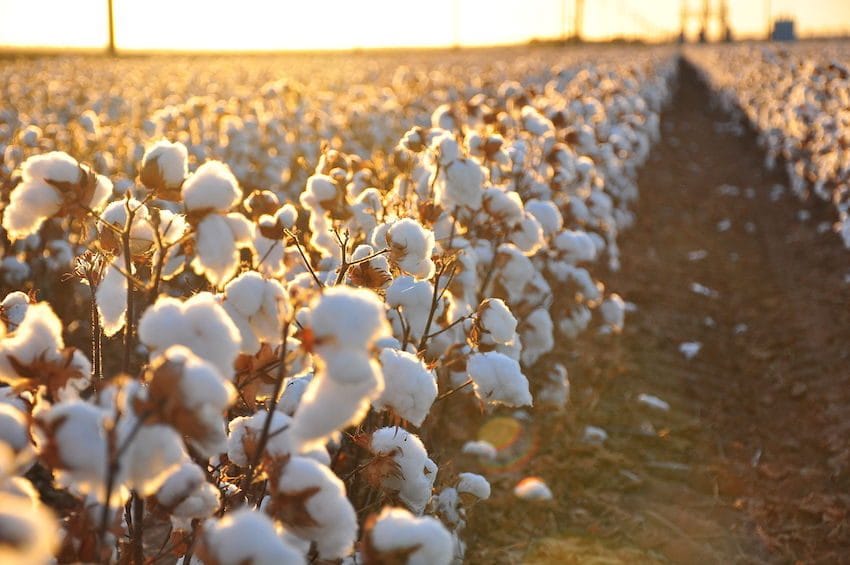 One person added, “Bet the combine harvester is playing techno.” 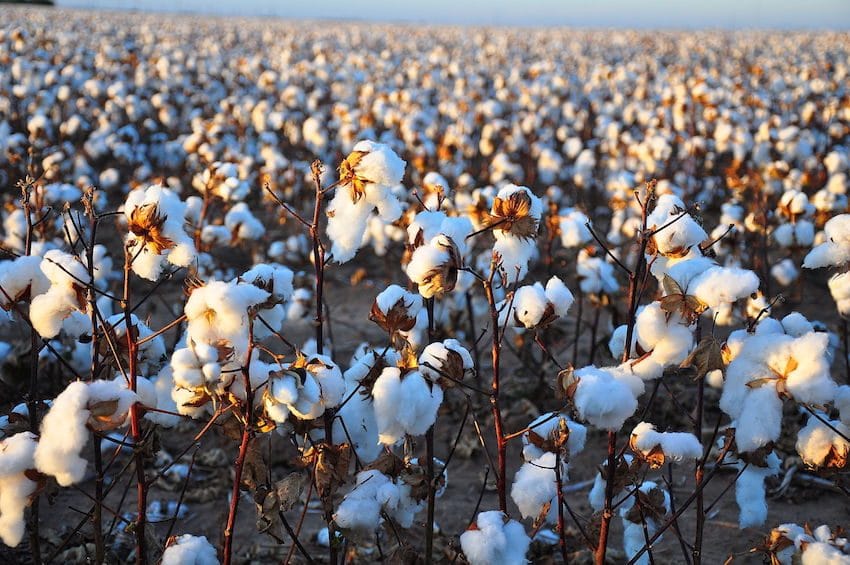 Were you convinced that photo was a concert, or did you know right away that it was a cotton field?