Imgur user, kfoster, likes her privacy.  When her nosy neighbors kept looking into her backyard, she knew she had to do something about it.

She decided to transform her backyard into a private oasis.  She had a fence around her backyard, but it was still visible to the rest of the neighborhood. Rather than installing a new fence, she found an inexpensive and creative way to maker her backyard a private outdoor retreat.

Here is how her yard looked originally. 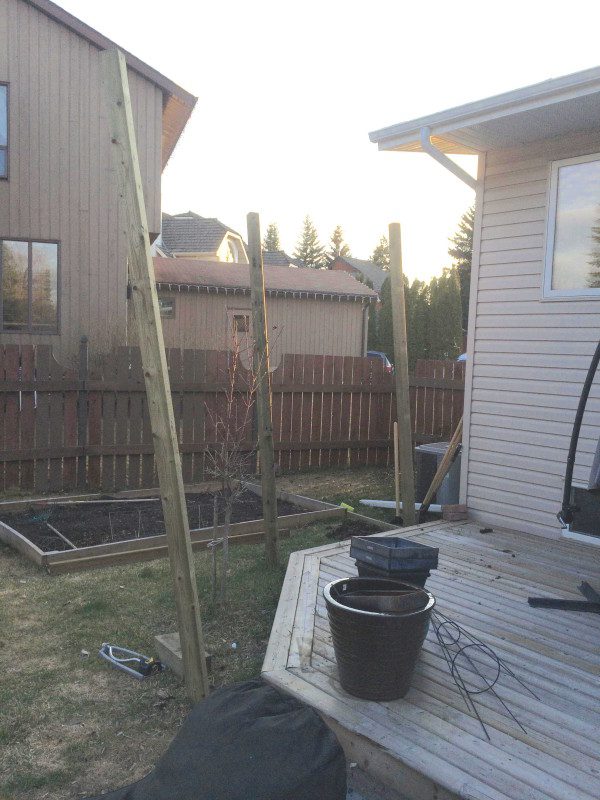 First she drilled four 16-foot posts into the ground. 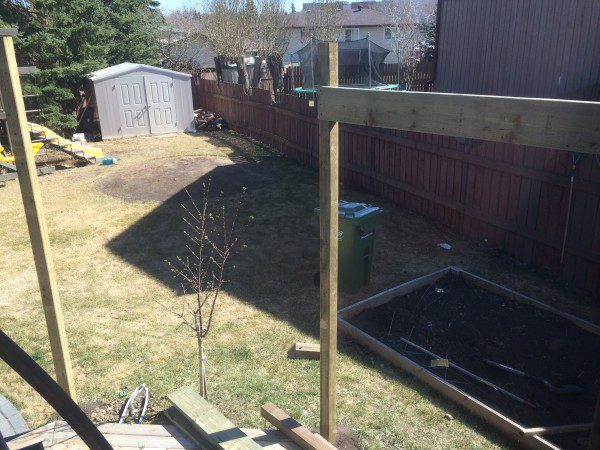 She leveled them and set them in cement. Then she cut off the tops off with a reciprocating saw. 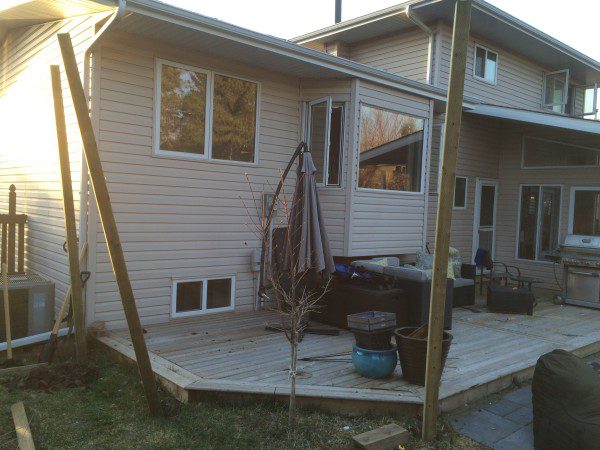 The top beams were then put up. 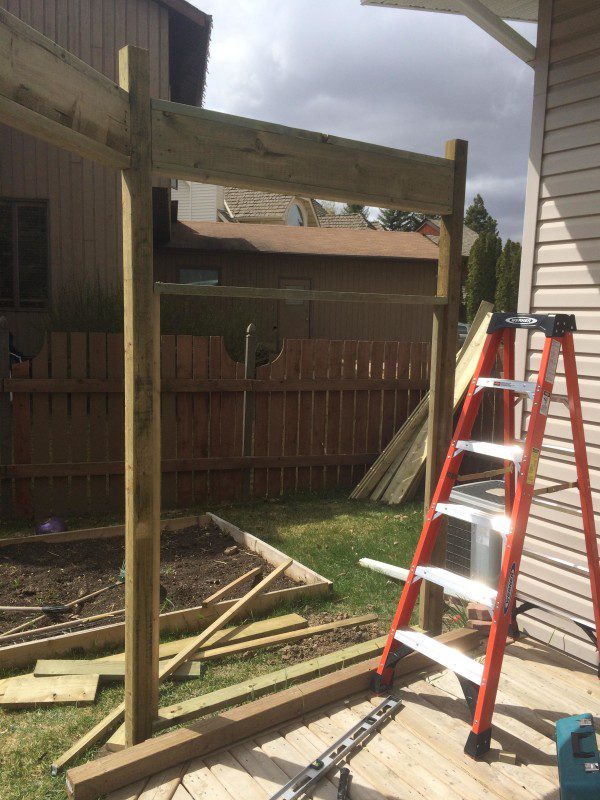 Next, she created the framing for the top of the wall. 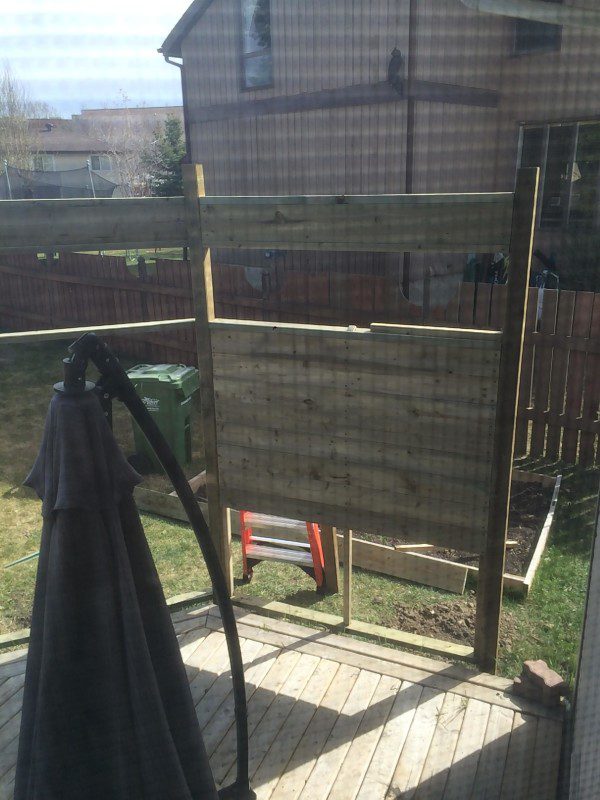 She then added deck boarding. Deck boards were added to the back as well, “so the neighbors don’t have to look at framing,” she said on Imgur.

Grooves for windows were cut out. 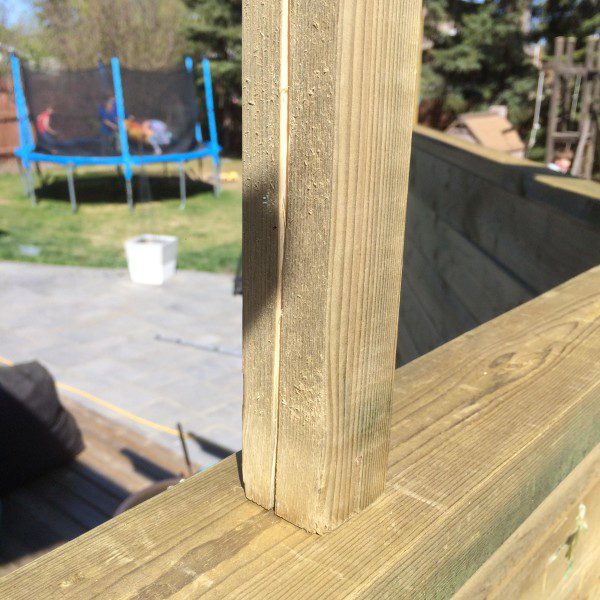 Frames were then added. 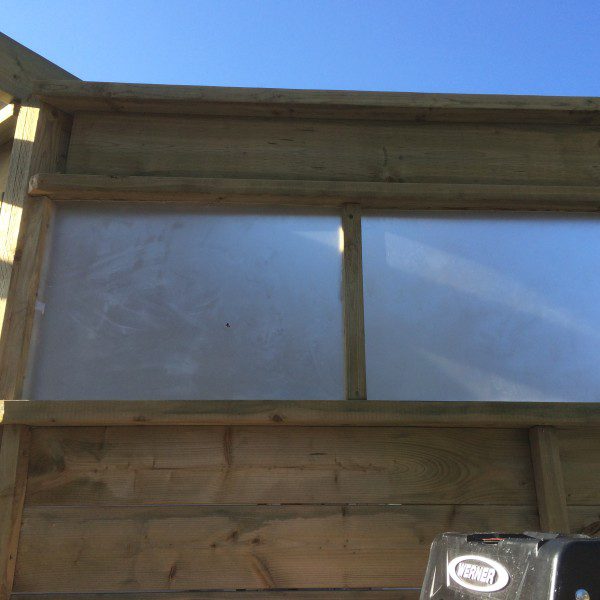 Then a trellis for a bit of decorative flair. 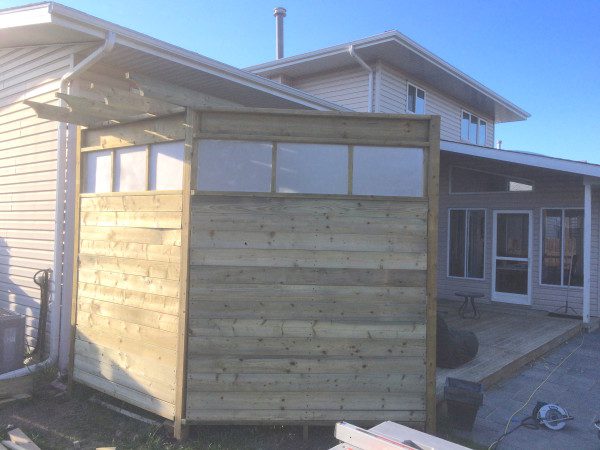 And finally, four 36-foot light strings were strung up, and the project was complete! 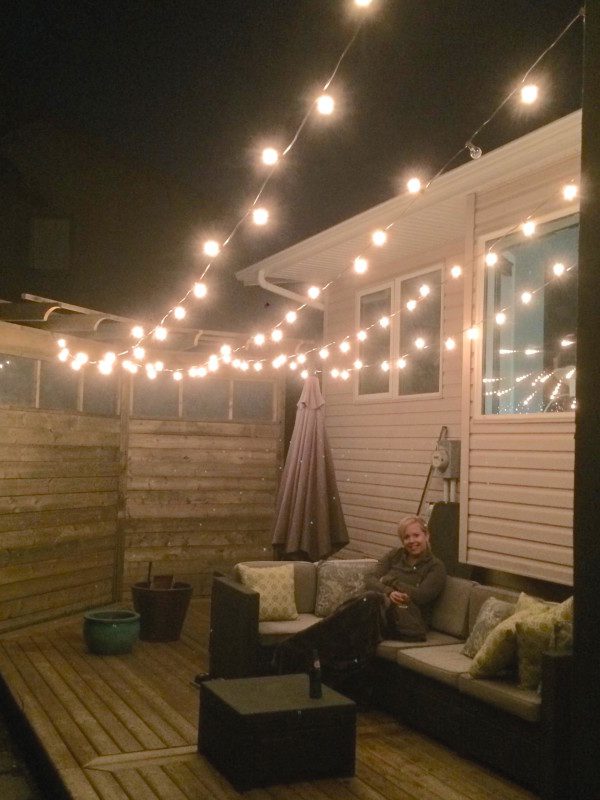 She says this is her tiny slice of perfect privacy. 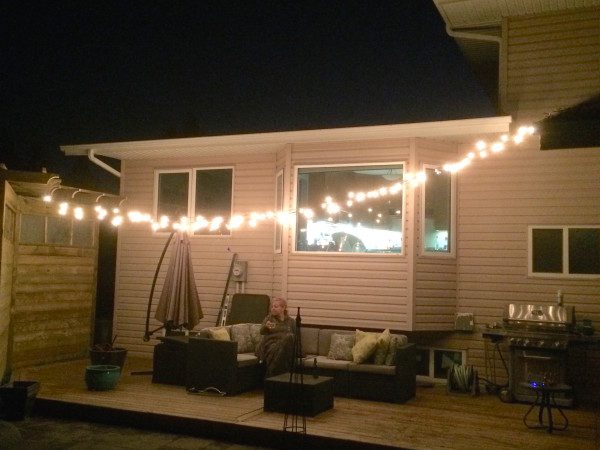