Zhao Shijun, a 20-year-old Chinese man is a full-time health caretaker.  He looks after  his paralyzed father and sick mother.   He had every reason not to go to university.

Instead of giving up his studies, he persuaded a top Chinese university to allow his father stay with him in his dorm so he could look after him while studying. 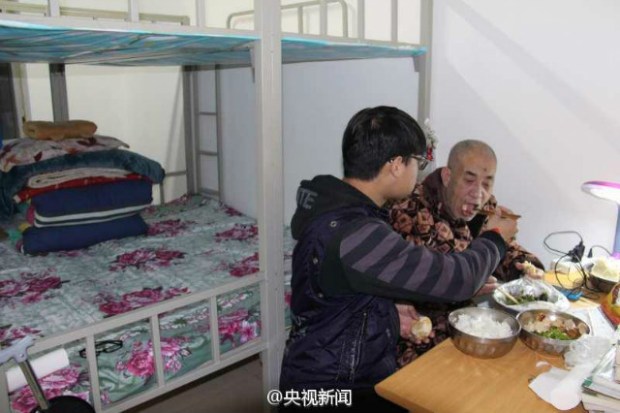 Every day after Zhao attends class he helps his dad wash his face, brush his teeth and comb his hair. In addition, also cooks him meals and helps him with his exercises. 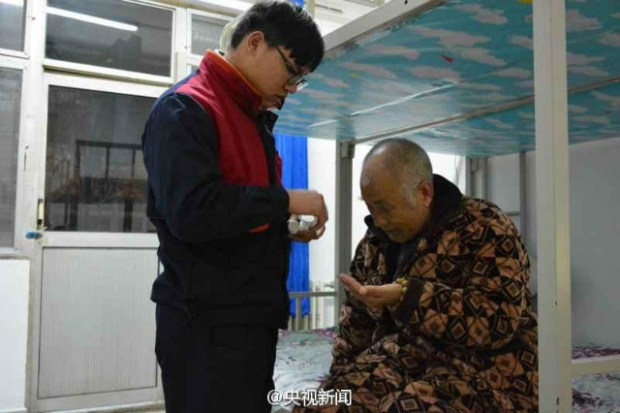 The university allocated the father and son a special dorm room due to their unique situation. 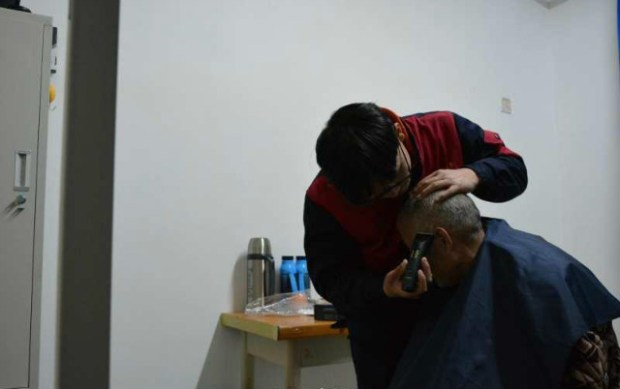 When Zhao was a child,  he contracted polio at a young age but his parents fought hard to get treatment to him.   After that, things then took a turn for the worse when his mother was left mentally disabled following a battle with meningitis and his father was left paralyzed from the waist down following a building accident.

Despite all of his problems, Zhao still managed to get top grades at school.

Zhao’s grandparents are caring for his mother,  but they couldn’t also take care of his father.

Talking about his experiences, Zhao said: “I can’t say life is easy but the only way out of the problem is through hard work so I’m not complaining.” 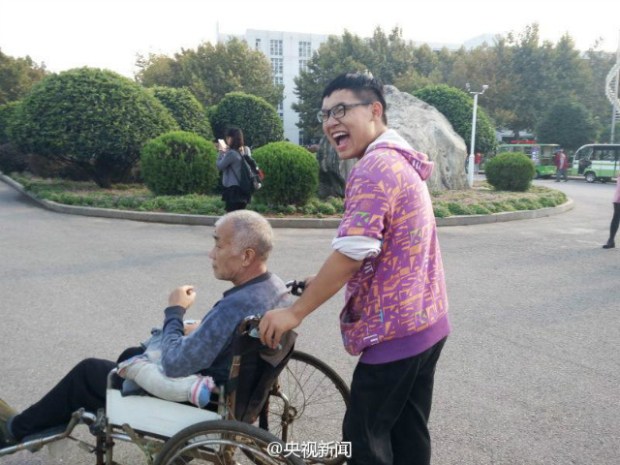 “I think once I graduate things will get much better.”

“My dad took care of me. Now that he’s ill, I can’t just leave him behind.” 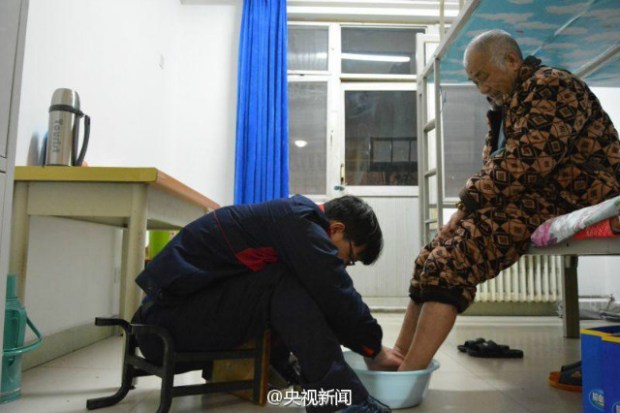