Swedish artist Carolina Falkholt who painted a 4-story-tall penis on a Lower East Side building is upset it was painted over and is crying censorship. 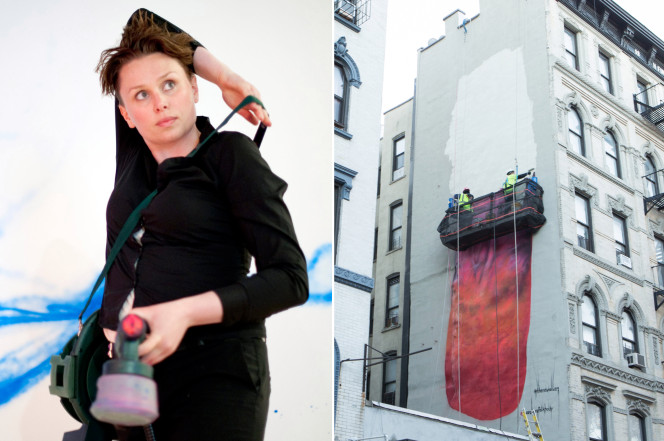 Swedish artist Carolina Falkholt, left, is upset that her 4-story-tall penis was removed from a Lower East Side building.

“The pieces were commissioned by [Lower East Side art group] The New Allen,” said Carolina Falkholt through a Facebook message after her mural was covered up in a gray paint by the building’s owner. “As a trained graffiti writer I am used to my work being censored in different contexts.”

On Christmas Eve, she painted the 40-foot-tall member on the side of 303 Broome Street. The neighbors were grossed out before it was taken down three days later.

The first he heard of it was when someone from the neighborhood alerted him about it a day after it had been completed, he said.

“I was shocked. It’s not good,” Mahfar continued. “We are very conscious of the neighborhood we do business in. It was just not the right thing, so we covered it as soon as possible. To be honest, I was extremely offended. It was very offensive.”

“We woke up the day after Christmas and someone emailed me that this happened and … right away we got someone as quickly as possible to cover it up,” Mahfar, who said he is out of town but declined to say where told The Post by phone. 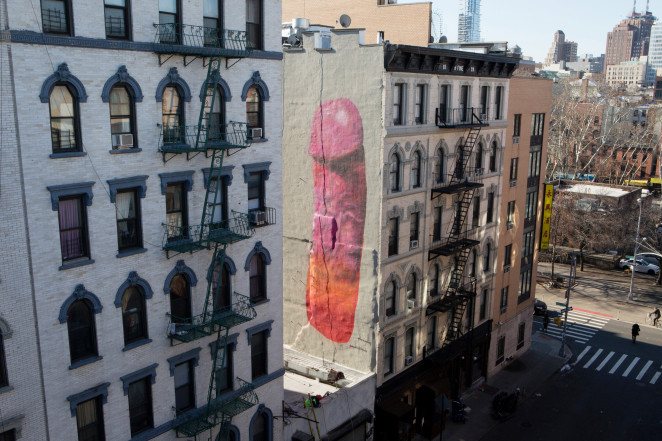 Mahfar said he is “talking” with police who are considering felony criminal-mischief charges, a high-ranking NYPD source said.

The New Allen co-founder Milan Kelez told art blog Hyper Allergic that the work was a collaboration with The New Museum for its ongoing exhibition, “Trigger: Gender as a Tool and a Weapon” — but the museum said it has no affiliation with the giant penis mural.

Falkholt said she was trying to promote body positivity and argued: “Talking about these subjects in public space is a must for a healthy, nonviolent community/world.”