At the Lelux Hospital in Bangkok, they shared a Facebook post detailing its specialized penis whitening procedure. Thai men are going nuts for this bizarre penis procedure, a cosmetic treatment that alters the pigmentation of men’s nether regions. 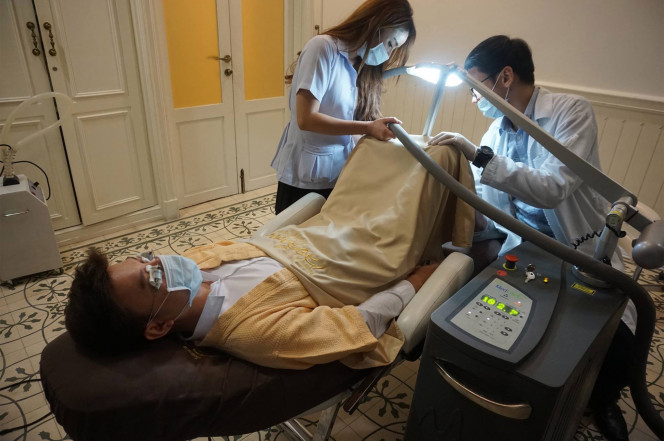 The viral post included a video of the laser procedure, has been viewed over 4.5 million times. The post also has side-by-side images of a penis before and after the whitening process.

Six months ago, the hospital began performing the peculiar procedure after a patient complained about dark pigmentation on his groin. Since then, the clinic now averages about 100 clients per month for penile whitening, which costs $650 for five sessions.

“We use the same pigmentation laser equipment employed in other skin treatments,” Popol Tansakul, Lelux’s marketing manager said. “All of the equipment received certification [by Thailand’s Ministry of Public Health].”

Products and laser procedures that whiten the skin have become increasingly popular in Thailand, however, critics say the country’s apparent obsession with whiteness is perpetuating racism.

When a video advertisement for skin-whitening pills used the slogan “whiteness makes you win” people were outraged.

Lelux Hospital is no stranger to making a splash on social media. They previously promoted their “3-D vagina” procedure, which involves injecting a patient’s own fat into the mons pubis to achieve a “plumper” look.