Size 16 Diana Sirokai, 21, from London and size 24 Callie Thorpe from Wales, both plus-size models, have taken to Instagram to highlight just how easy it is to change someone’s figure with Photoshop. They posted a black and white photo of themselves in their underwear when people spotted something amiss.

That is because the image had been heavily Photoshopped. Showing the girls with slimmer figures, while smoothing cellulite and nipping in waists, proving just how deceptive digital enhancing can be.

Diana has modeled for lingerie brands Curvy Kate and Scantily shared the real image, saying they had asked for the photo to be edited to prove a point.

“The purpose of this was to show you all how magazines and the media take editing to a different level,” she explained. “Models and celebrities do not even look like themselves. We live in such a fake world its time to bring real back. Own who you are, and slay!”

The post has received more than 12,000 likes, and fans told the girls they were an ‘inspiration’ and ‘beautiful.’ Many said they preferred the unedited version. 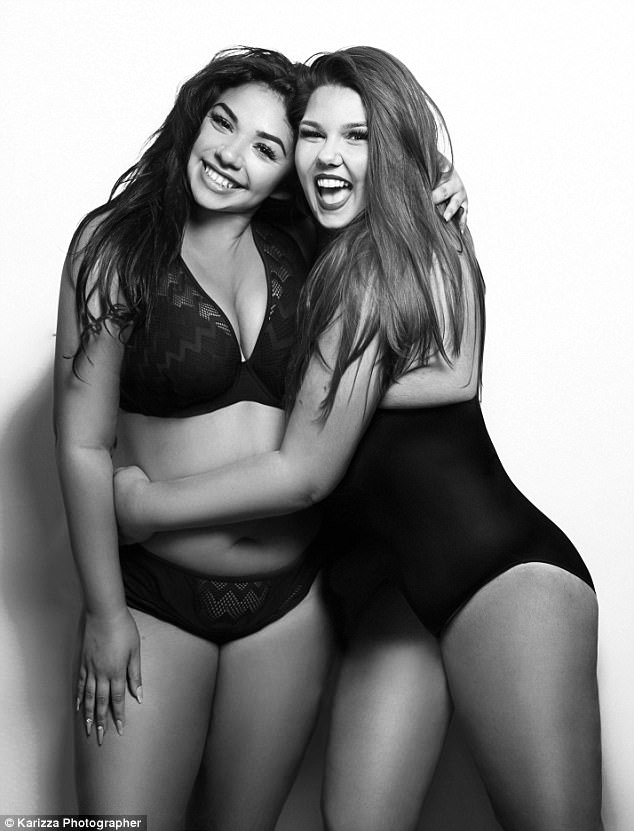 In the Photoshopped photo, you can see just how much the photo editing software can change the appearance of women’s bodies.

Callie, who has posed for Miss Vogue, added: “We want to show women that it’s okay to look ‘normal’ to have cellulite, stretch marks, and tummies that aren’t flat and toned. Be happy with you who you are and the skin you are in.”

She went on to say: “Whilst Photoshop has its place and need in some parts of industries this is the extreme when it comes to editing, it just goes to show how much we can really alter ourselves.”

Diana explained that they specifically asked the photographer to deliberately photoshop the photo for their experiment. 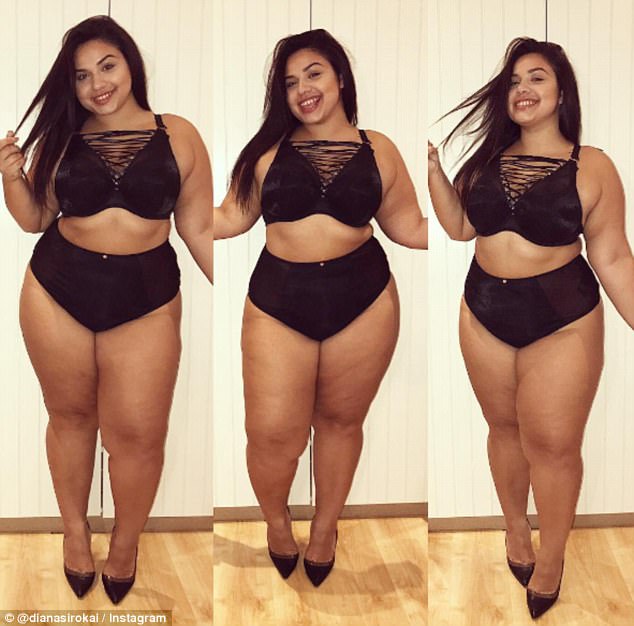 Diana,  from North London, poses in heels and underwear for her thousands of followers 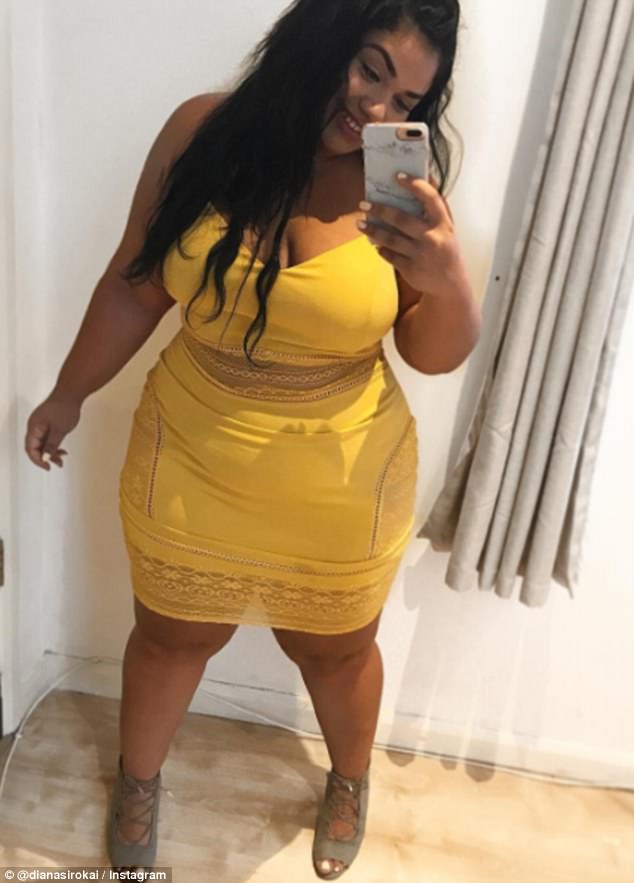 The body confident model has her own fashion brand ‘Diana by Xehar.’

Callie added: “I think @dianasirokai and I look perfect just as we are, two friends smiling for a photo.”

Both models have their own successes, Diana is also a fashion designer, whilst Callie is a blogger. They both use their Instagram to share messages of body positivity.

Callie appeared in Vogue this summer wearing a bikini. The feedback on her Instagram was largely positive, however, she was subject to vast amounts of hate mail and fat shaming.

Standing up against the bullies she shared a video titled “Dealing with online abuse” which has now been viewed over 26,000 times. 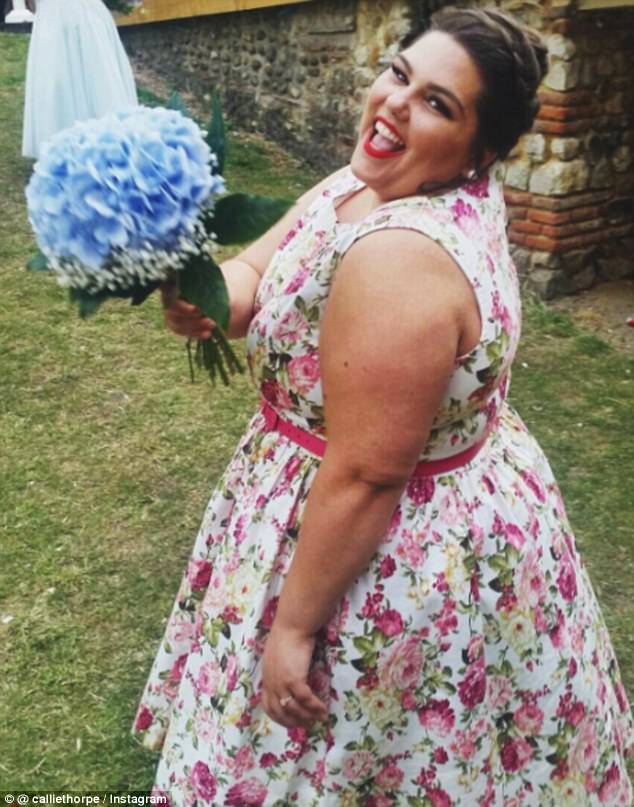 Callie has 158k followers on Instagram and has a lifestyle blog where she tackles beauty standards.

Callie and her husband, Dan, were married last year, pictured on a beach in Ko Lanta. 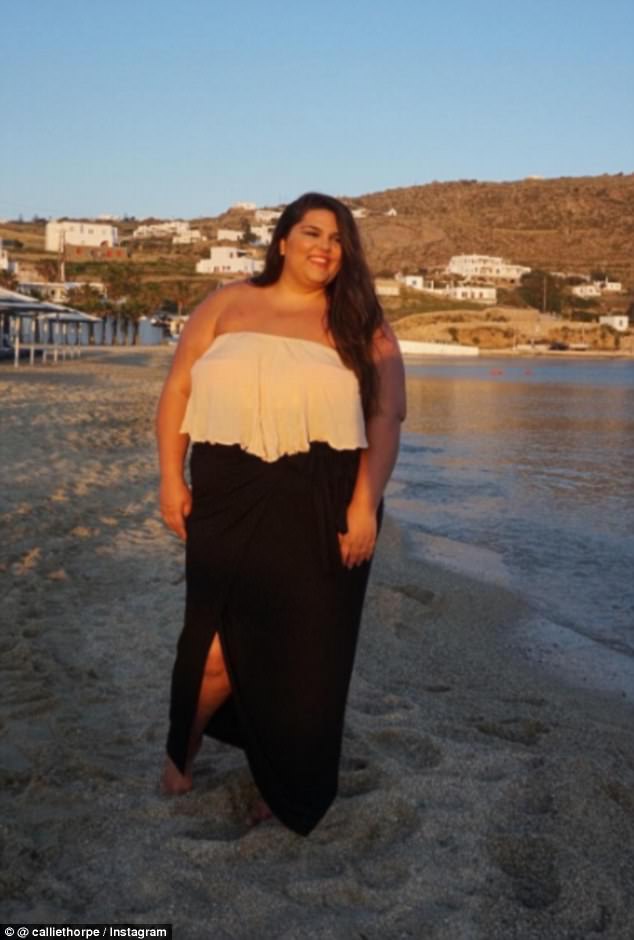 Callie also appeared in Vogue wearing a bikini and was subject to hate mail, so she posted a video discussing the topic of “Fat shaming.”