Indiana Police Officer Jeff Ripley was dispatched to a call about an emaciated and injured dog in a local park in Bloomington.

When he finally got to the park, he had no idea how much this dog was about to impact his life.

Good Samaritans in the park had come across a stray boxer mix who was emaciated and so weak she had a difficult time standing up and walking. She was covered in scrapes and burns and flea-ridden. She clearly suffered some sort of injury to her back left leg. 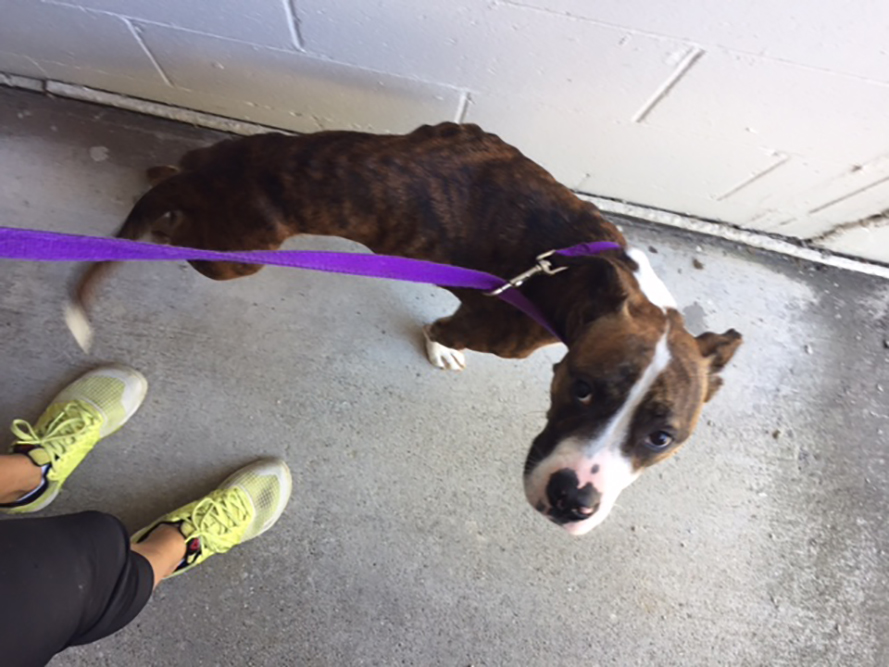 Officer Ripley immediately called his fiancee Rosie Ahlberg, who volunteers at the City of Bloomington Animal Care and Control Shelter. Because the shelter was closed for the day, they decided to take the dog, whom they named Daisy, back to their place for the night. 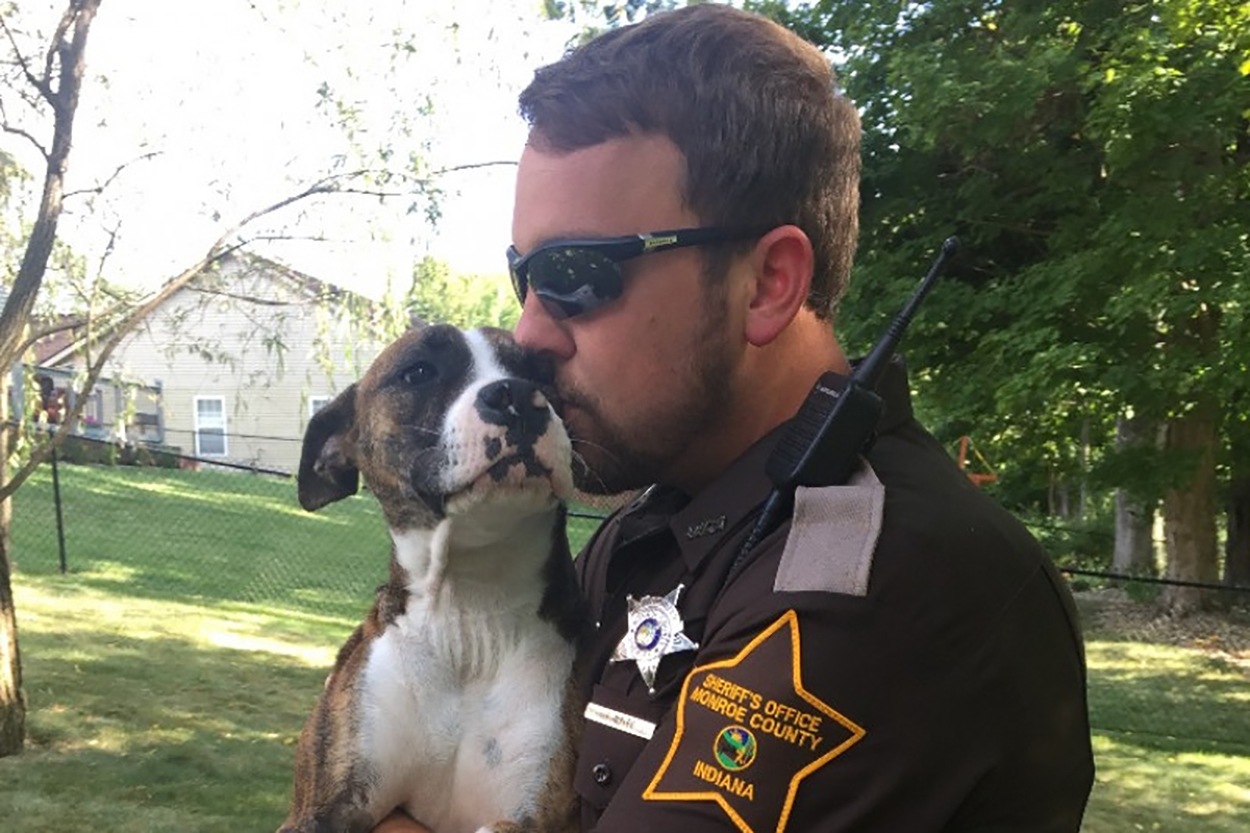 The next day, they found out that Daisy was microchipped and about 1 year of age. They tracked down Daisy’s current (and 4th) owner and were told that Daisy had been hit by a car back in April and they no longer wanted her. 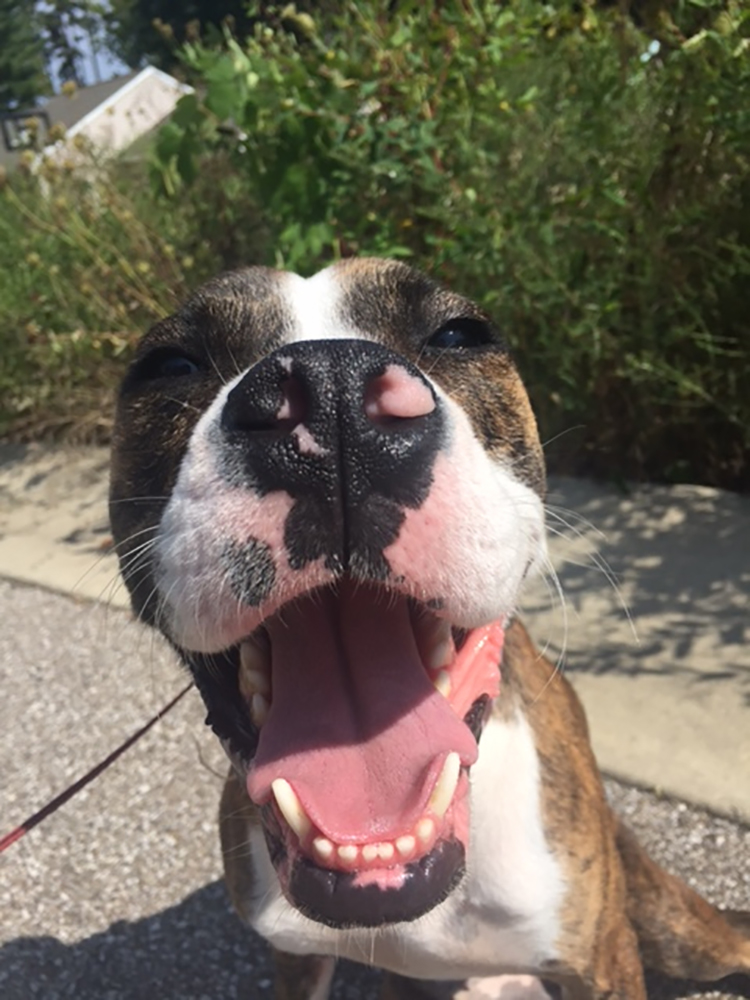 Jeff and Rosie seized the opportunity to give Daisy a home and the love she deserves and took her to live with them and their other rescue dog and two cats.

Rosie said that Daisy has adjusted well and made a lot of progress in a very short time. She no longer flinches when someone goes to pet her from above and doesn’t cower and shake when someone raises their voice.

The damage to her back leg was severe, so Daisy is going to have surgery soon to repair a torn ACL, a torn meniscus, and a luxating patella.

A GoFundMe page has been set up to help Jeff and Rosie defray the cost of the surgery.