As police tensions soar across the nation, a Cincinnati police officer turned a regular call into an opportunity to connect his city’s neighborhoods. Officer Onam Williams was called to the scene of an alleged fight in the Mount Healthy neighborhood, when he realized there were only kids playing in the street – taking advantage of summer vacation.

But instead of just clearing the kids from the road, officer Williams decided to organize a friendly relay race and  the winner would be awarded some ice pops for their efforts. Neighbor Dawn Walter was amazed at the interaction, and whipped out her camera to catch the special moment, “I was personally touched by that,” she said. 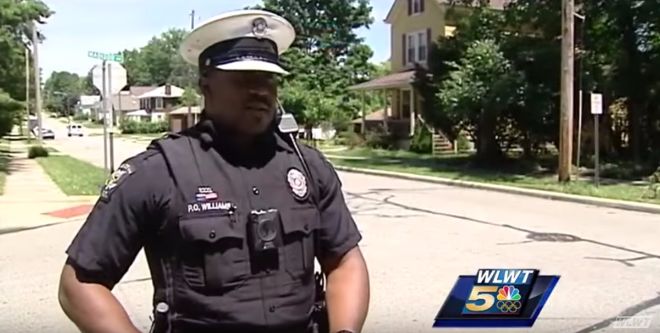 Officer Williams says while the race was all in good fun, he hoped it would touch the children on a deeper level in light of recent tragedies: “If we can be an inspiration to them, then we’re leaving our future in good hands.”