Sgt. Tamas Balatoni, 49, a $173,000-a-year cop who is a driver for a high-ranking NYPD official, was caught shoplifting at a Banana Republic store near Police Headquarters. However, he wasn’t arrested. 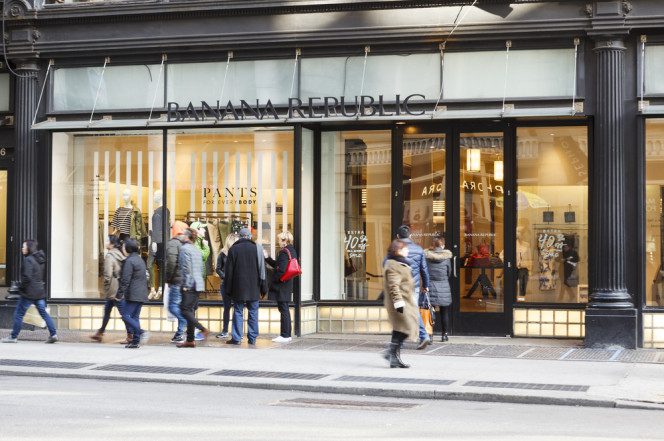 Balatoni was accused of switching price tags on merchandise while Christmas shopping inside the clothing store at 552 Broadway Thursday night, law-enforcement sources said.

When a store worker called the NYPD, cops from the Fifth Precinct went to the scene, sources said.

Although Balatoni wasn’t arrested, he was stripped of his badge and gun and assigned to desk duty.

He was on special assignment as a driver for Assistant Chief Edward Delatorre, the top cop on Staten Island.

A police source said Balatoni is also facing pressure from the department to quietly retire to avoid potential disciplinary charges that could result in him being fired.

“If he doesn’t retire, he’s probably going to get fired,” a police source said. “He’s an embarrassment to the Police Department and to the profession itself.”

If Balatoni resigns,  he will receive a letter that allows him to get a gun license. If not, New York City will not allow him to carry a concealed weapon.