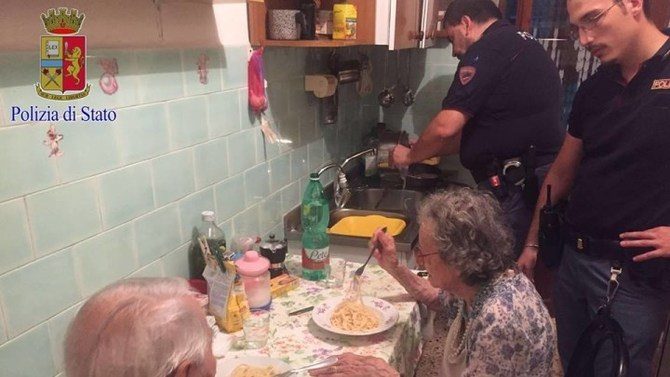 Four officers responded to a report of crying and shouting in a block of apartments. When they arrived, they found 84-year-old Jole and her 94-year-old husband, Michele, in their small apartment. No crime was committed, BuzzFeed reports, the couple had merely been watching television and started crying loudly.

They had been watching the news, and Jole had asked Michele why there was so much hate in the world. Apparently, the two started to cry loudly, and neighbors heard and called the police.

The couple have been married nearly 70 years. They told officers of how lonely they felt, since no one visited them and their only connection to the outside world was a TV.

That’s when officers decided to cook them a meal — a simple plate of spaghetti with butter and Parmesan. The officers sat with the couple and had a nice chat. 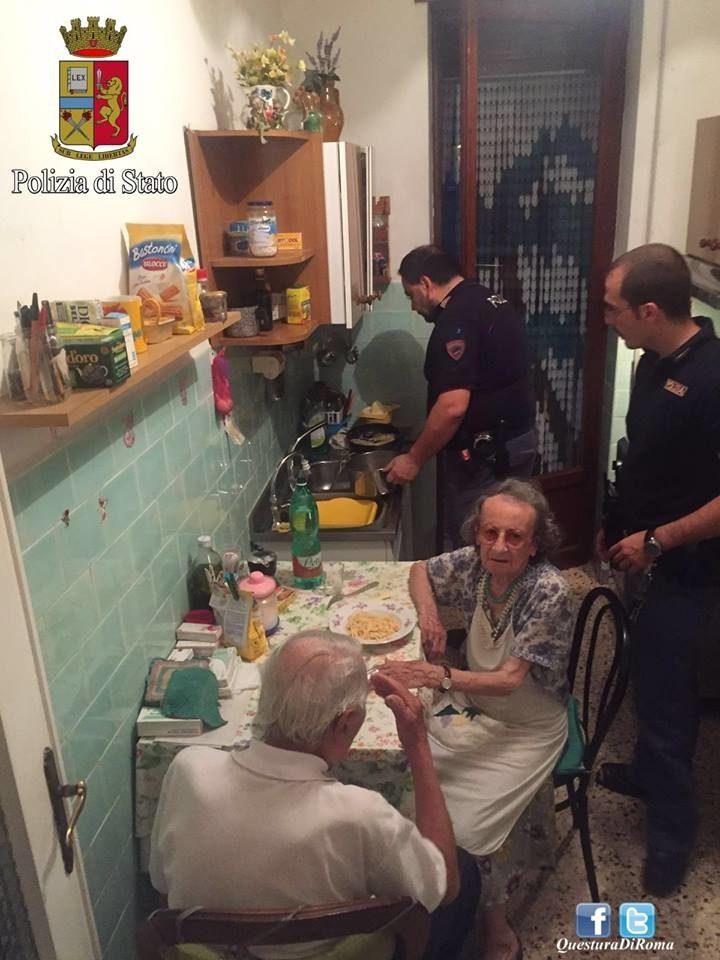 Rome police shared the story on their Facebook page, which was picked up by BuzzFeed, and the post has since gone viral.

“I’m from Rome and I am so happy to know that in my city there are police officers like this…a beautiful story,” one user wrote.

Another added, “When I read things like this I tend to re evaluate my approach to life. I need to be nicer to people, care more and not be so self absorbed.”

The police said that once they were in the apartment and realized no crime had been committed, they knew their only task was to provide this couple with some warmth and comfort.