Home
Animals
If You Find One Of These On The Beach, You’d Better Run Away 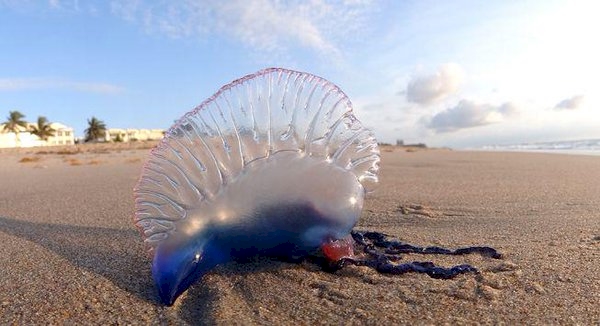 Trouble can sometimes come in an attractive package even when you’re in paradise. If you’re not familiar with it, you might mistake this as a beautiful creature of paradise. When you’re on vacation in a tropical paradise, you usually keep an eye out for the unfamiliar, the strange, and the beautiful.

Unfortunately, nature’s surprises come with harsh consequences. Hopefully this information will help you, or someone you know, avoid a painful mistake.

You wouldn’t be the first person to be fooled by the beauty of this purplish bubble.

It’s certainly a nice looking creature, and sure to attract curious people wandering on a beach. 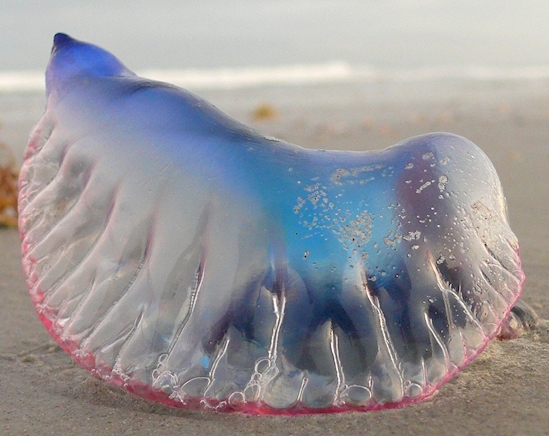 This is the Portuguese man o’ war and it floats along on the current, sometimes in pods of 1,000 or more.

They don’t even have the means to propel themselves in the water.  The tell-tale bubble keeps them afloat. 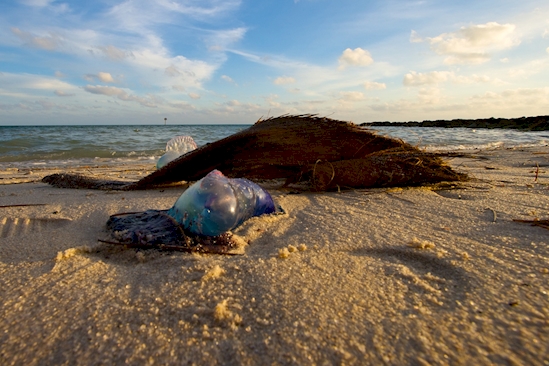 But there’s more to the Portuguese man o’ war than a pretty little bubble.

They have tentacles 30-feet-long! Some of which have been known to extend up to 165 feet! 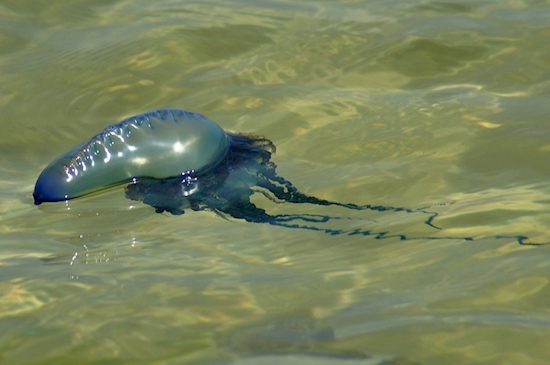 Those tentacles are the reason beaches put up warning signs about the Portuguese man o’ war. Because of the tentacles and soft flesh, the Portuguese man o’ war resembles a jellyfish. 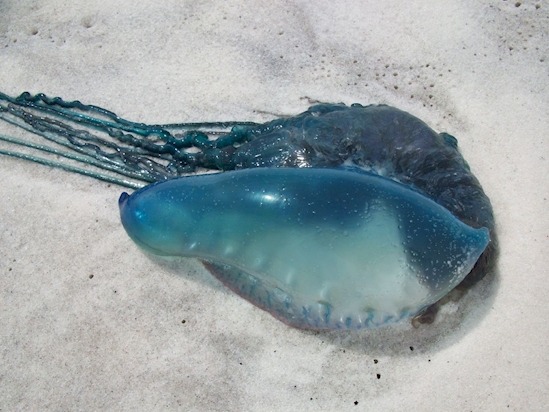 They can deliver a nasty sting that it typically uses to paralyze its prey.

It causes painful welts and, in rare cases, can even kill someone. 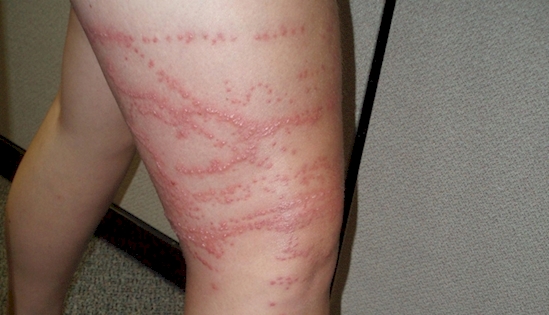 Just imagine being caught out in the water with a thing that can’t control its direction and has 100-foot-long stinging tentacles! 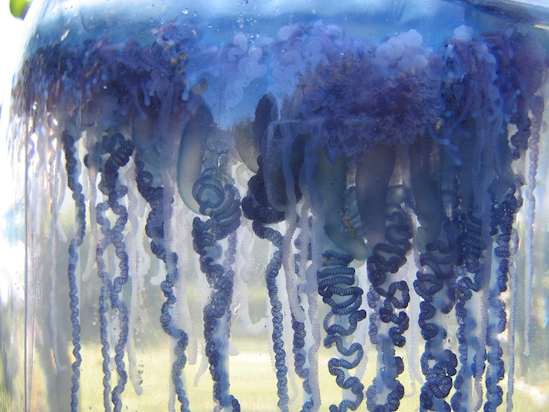 The Portuguese man o’ war, aside from its attractive appearance, is dangerous even after it washes up on shore.

You don’t have to be in the water to be stung. It can deliver its venom weeks after being stranded on the beach.

So what do you do if you encounter a Portuguese man o’ war? 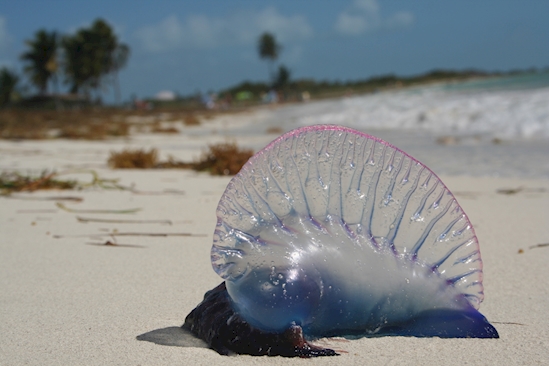 If you’re out on a stroll on the beach and you find the familiar bubble of the Portuguese man o’ war, don’t touch it, get as far away from it as you can. 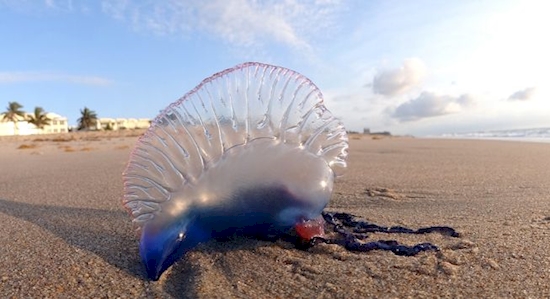 If you do get stung, use cold compresses to bring down the swelling. If it gets worse, or you show signs of having an allergic reaction, immediately go to the hospital. 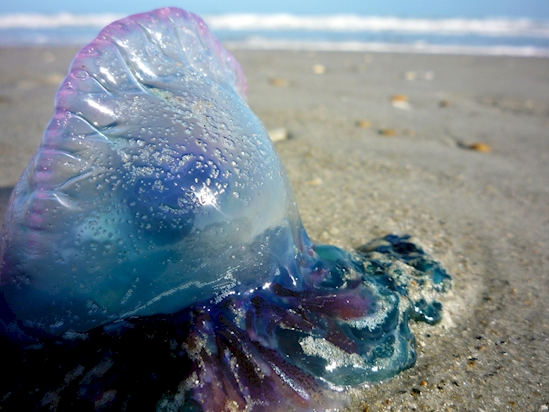 Above all, heed the warning signs and directions from lifeguards.