Learning that you’re pregnant is one of the biggest moments of your life.

And every mother chooses to share their big news a little differently; some simply can’t keep it in and have to tell everyone.

But others choose to wait a little longer to break the news so that they can make an announcement that’s as big as the news itself!

There are many amazing ways that families have broken the big news; they’ve thrown parties, told all of cyberspace, and even staged a fun scavenger hunt for their family.

But when Brianne Dow found out she was pregnant, she didn’t run to tell her husband — instead, she went to their wedding photographer with an idea!

Using two chalkboards, they staged the perfect way to tell daddy-to-be the big news, while catching it all on camera.

Check below to see the sweet, staged photo shoot. You won’t believe the husband’s face when he learns he’s going to be a father! 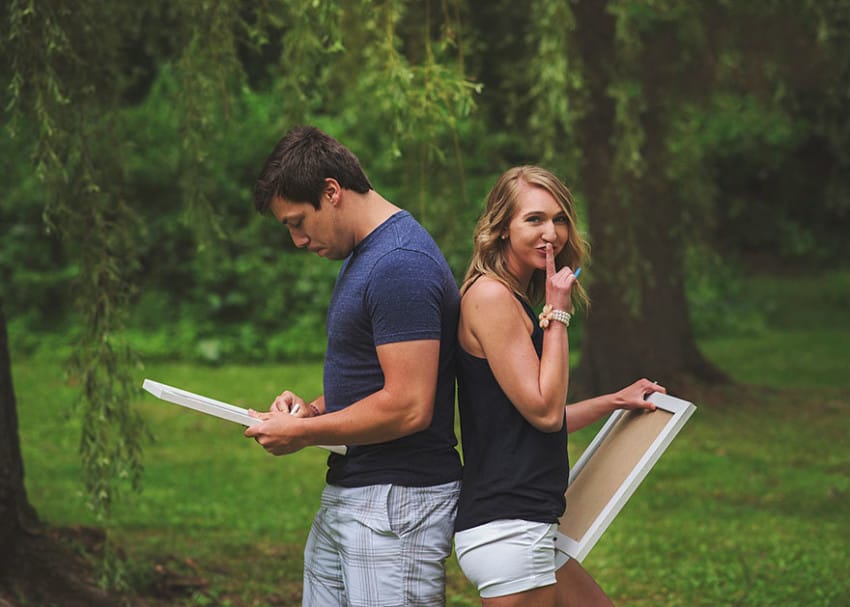 When 24-year-old Wisconsinite Brianne Dow found out she was pregnant, she didn’t want to tell daddy-to-be Brandon right away.

Instead, she recruited their wedding photographer, Samantha Boos, to help stage a photo shoot where she could surprise him with the news! 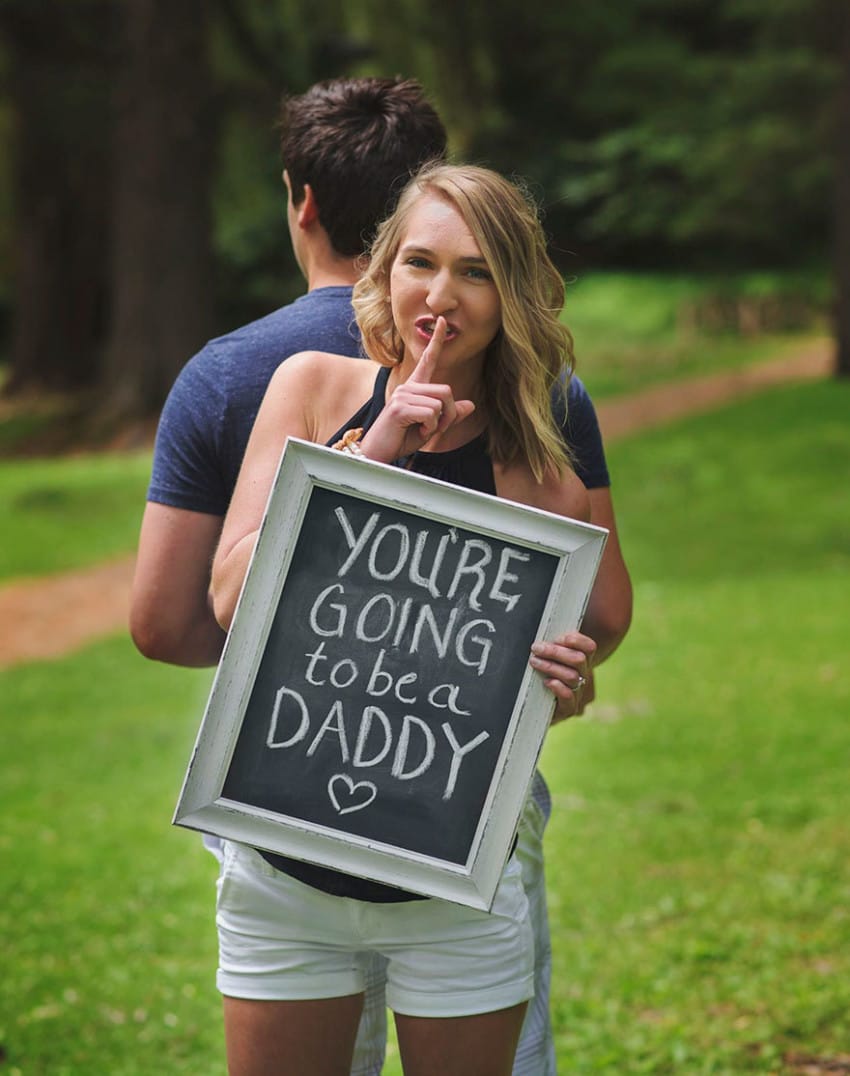 Armed with two chalkboards and the huge baby secret, Boos had the couple pose in the park.

Dow told her unsuspecting husband that they won a free photo session, giving him no indication of what was to come. 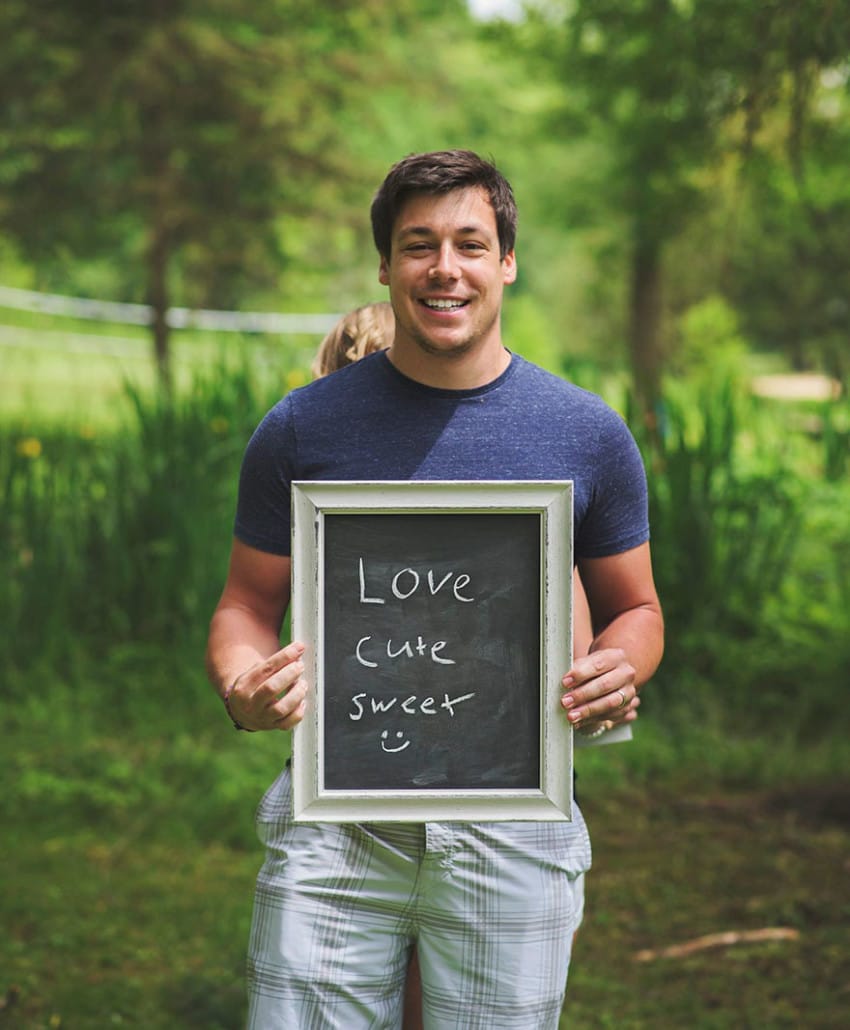 For the photogenic reveal, Boos had the couple stand back-to-back. She then asked the couple to write three words to describe one another.

She photographed each board individually, then had the two turn around to see what each other had written. 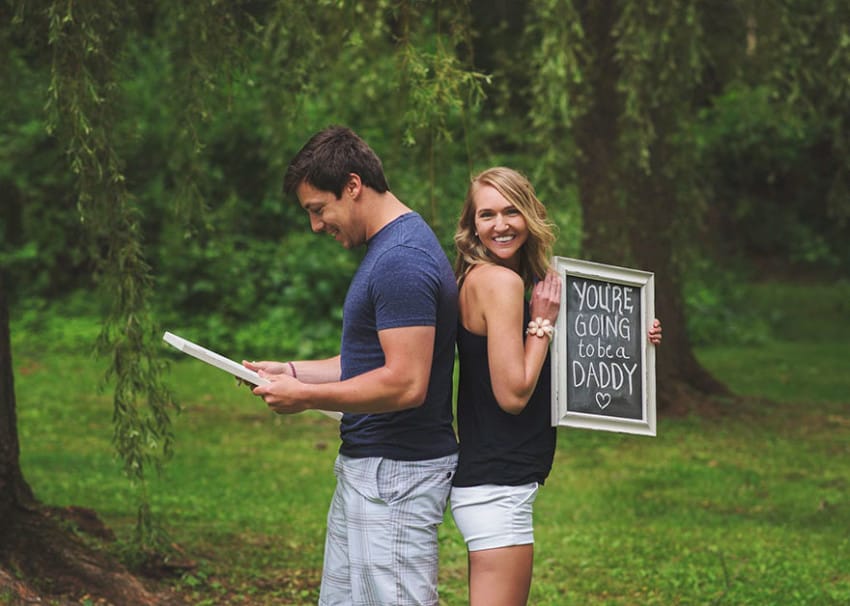 But what the hubby didn’t know was that Dow had written the big news on her board.

Rather than her three sweet words, he turned around to see, “You’re going to be a daddy!” 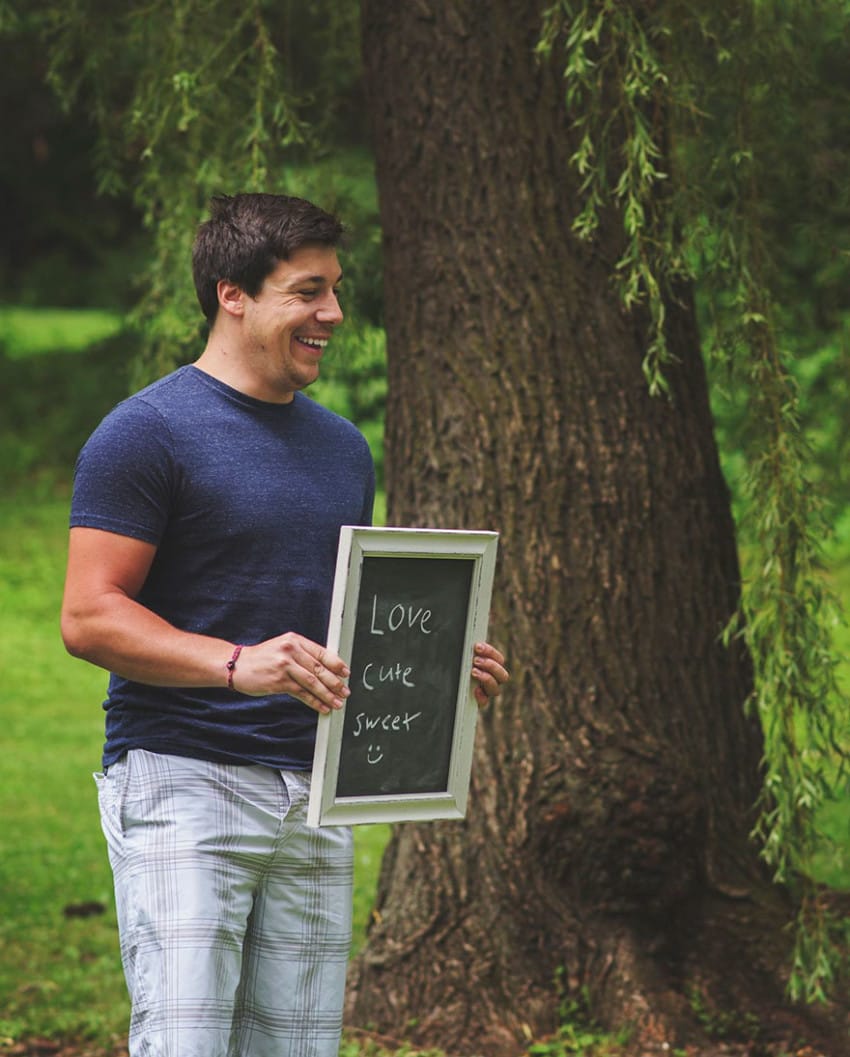 “Brandon’s reaction was priceless when he read her board,” Boos explained to Daily Mail. 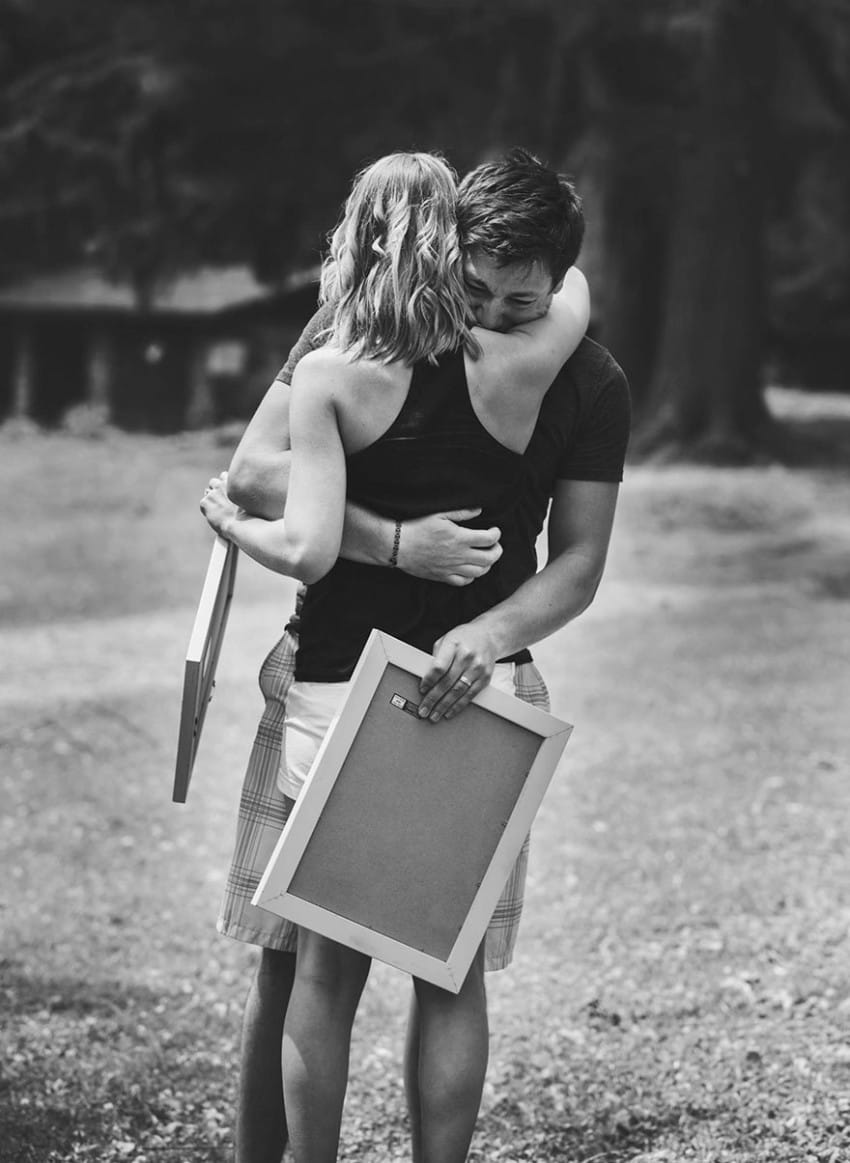 His shock dissolved into happy tears as the couple met in the most beautiful embrace.

And of course, Boos snapped every second of the reveal. 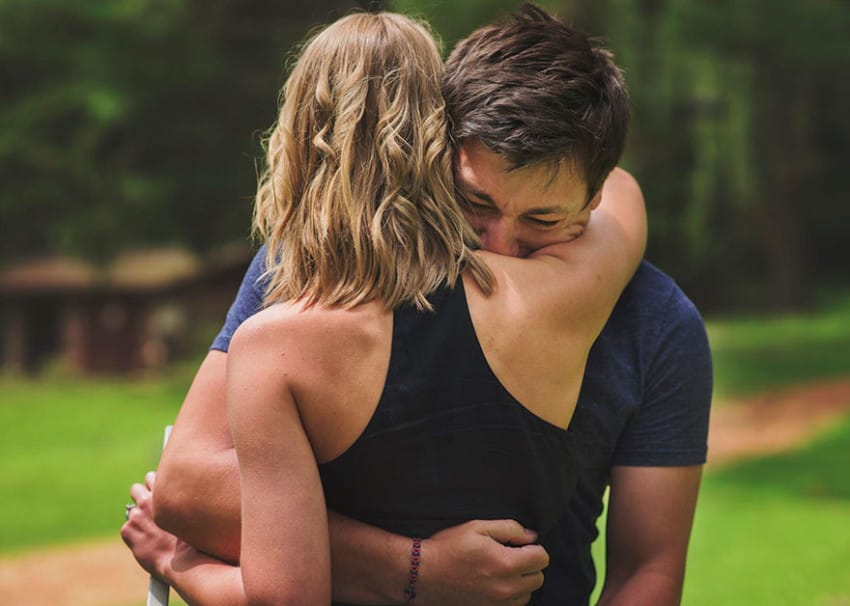 Though Dow said that keeping the secret was tough, it was “worth it” for the reveal, the reaction, and the amazing photos. 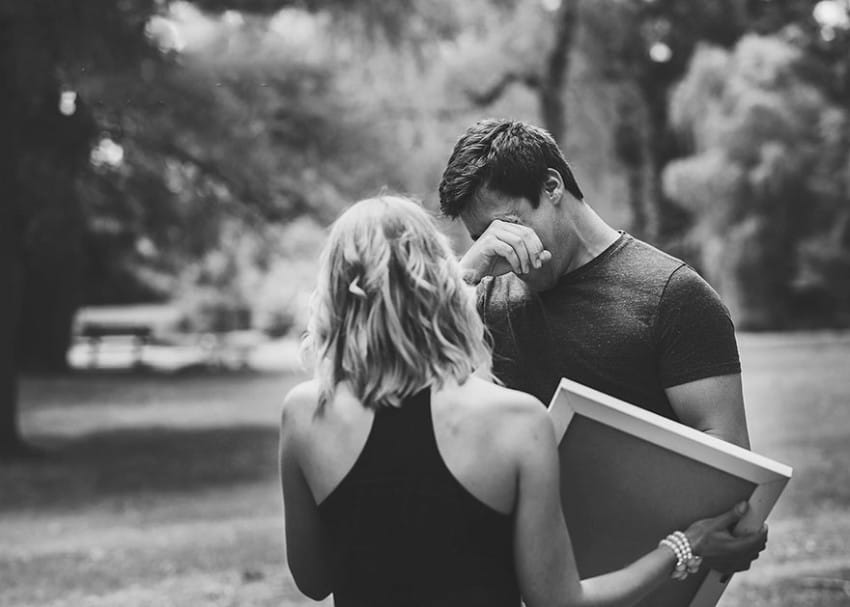 The sweet photo shoot definitely captured the couple’s love and gave them their first memory as a new family.

It’s also a great indicator that their baby will be as fun and photogenic as they are! 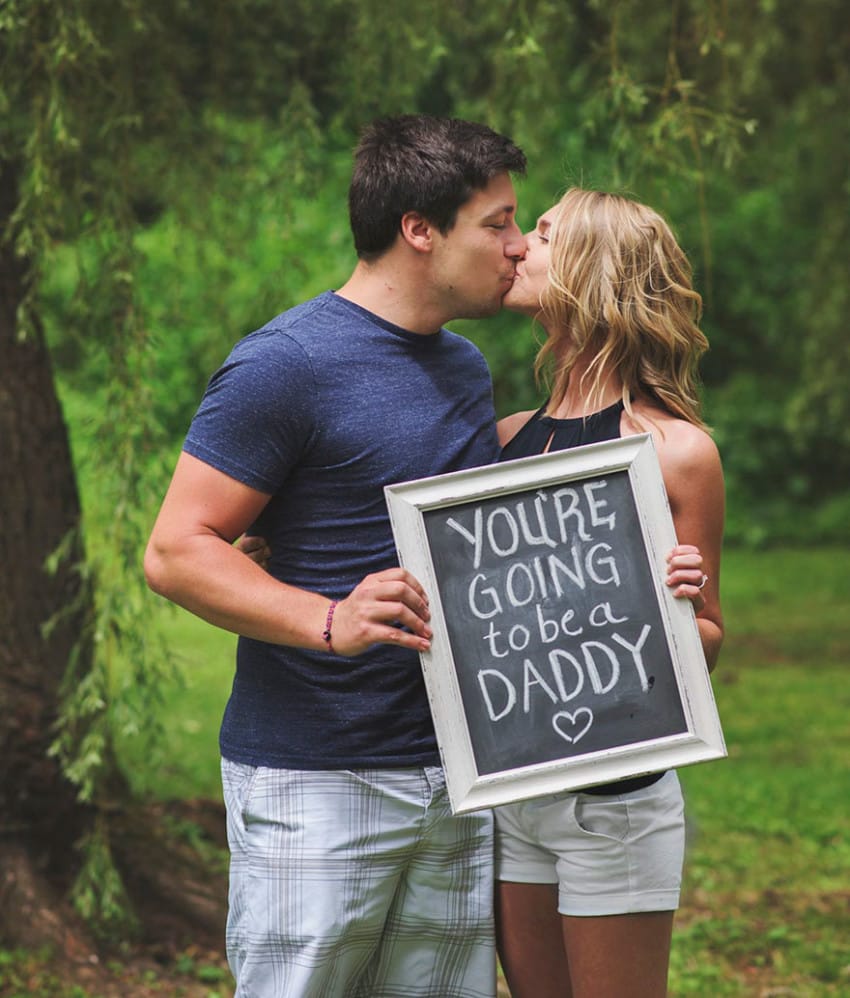 As the Dows begin their life with a baby on board, we can’t wait to see more photos of the future family!