Juliana’s Animal Sanctuary is home to one of the most unique friendships!  Sri Ram the puppy and Bernie the cow came together because of difficult circumstances, but now they have each other.

Founder of Juliana’s Animal Sanctuary, Juliana Castañeda, found four puppies alone in the woods and took them in. 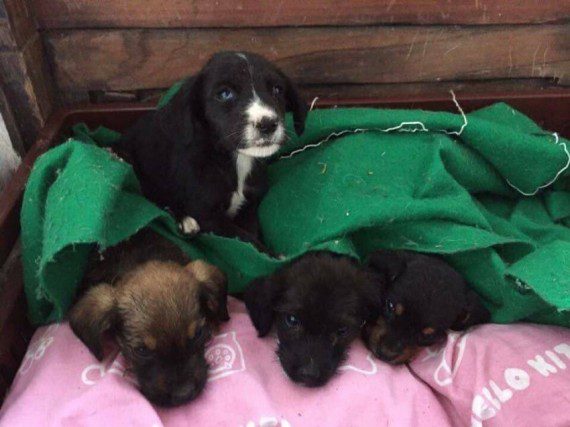 On a trip to the U.S., Juliana managed to find forever homes for three of the four pups. Only a puppy named Sri Ram remained. 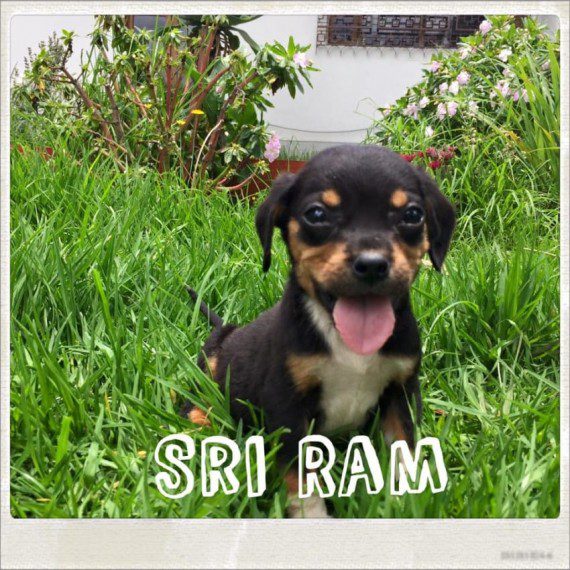 He was moved to an area of the sanctuary where older dogs were kept in hopes that he’d bond with one, but he took to a cow instead. 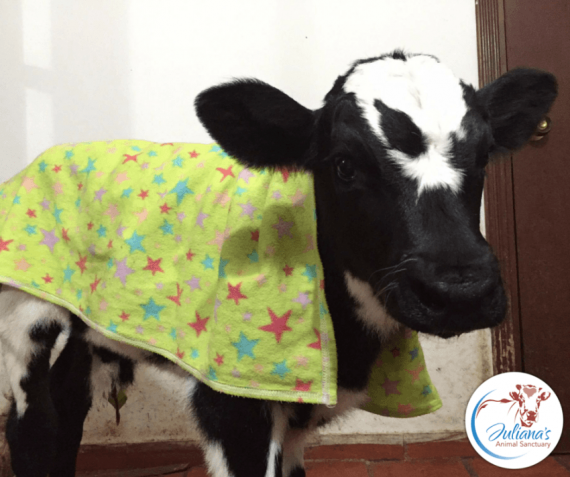 Bernie the cow was rescued from slaughter to live at the sanctuary. And it was love at first sight for Sri Ram and Bernie. 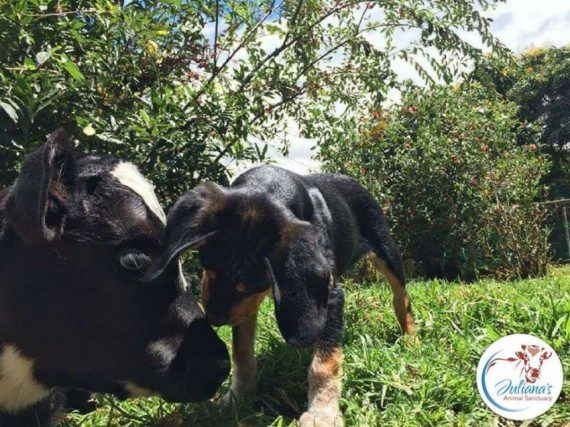 Maybe it’s the fact that they are both so young; Sri Ram is five months old and Bernie is three months old. Or maybe they could sense that they both needed love. Today, the two are inseparable. They do everything together, from napping to playing. 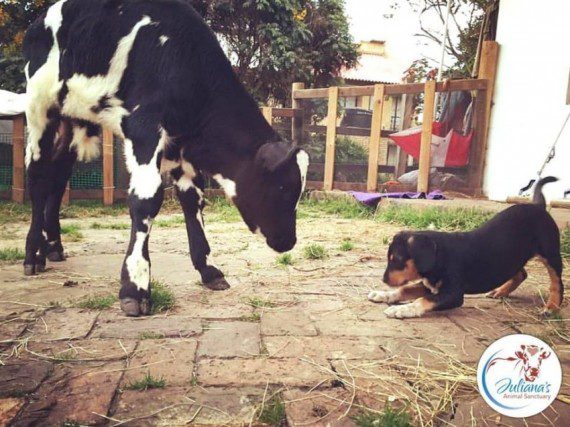 They are different species and there’s a huge size difference, but they don’t see it. They both think they are big dogs! 😉 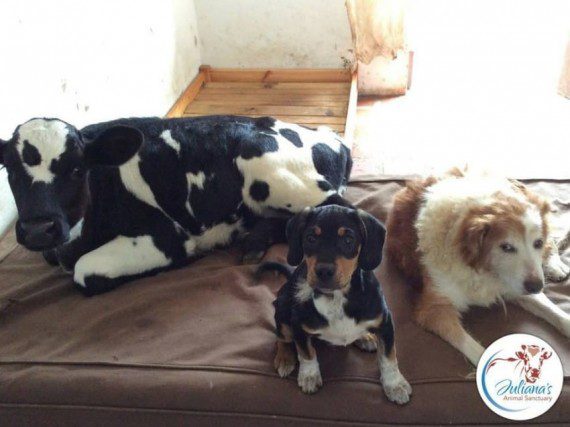 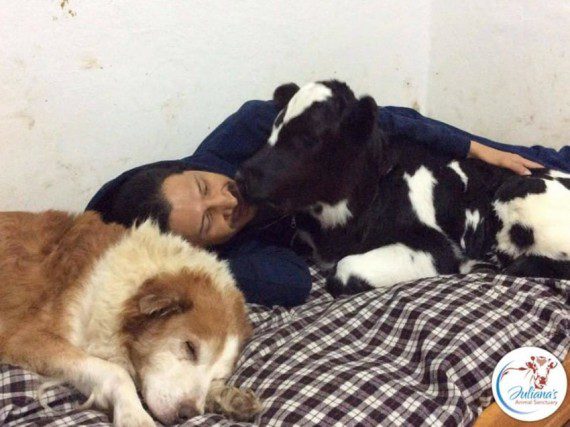 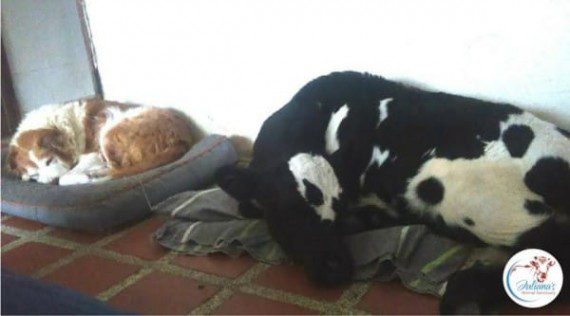 The best part of it all is that the two friends will not be separated but grow old together at the sanctuary. 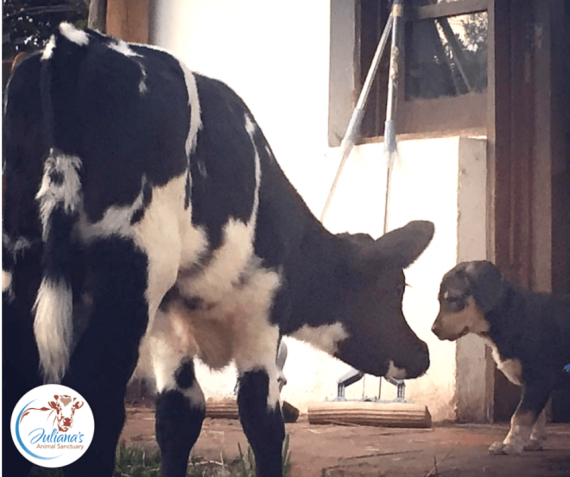 They’ll spend the rest of their lives at a sanctuary that includes Juliana’s family, a horse, pig, quail, pigeon, some rabbits, chickens, turtles, 13 cats and 35 dogs! 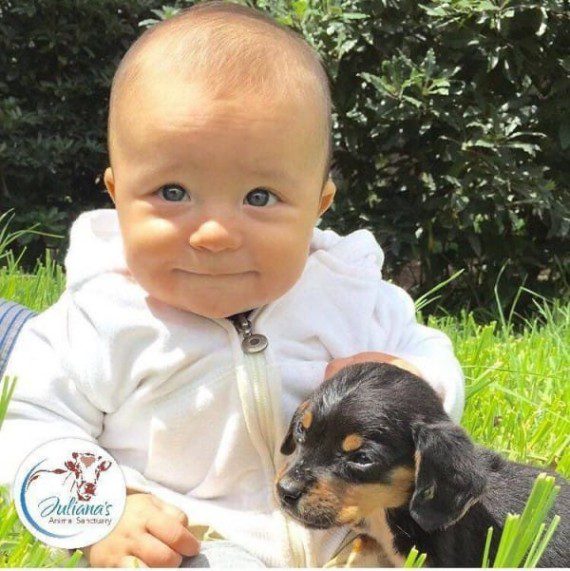