Home
Animals
Meet Horace, The Baby Monkey Who Makes Friends With Every Single Animal He Meets

Sometimes, people go through a traumatizing event in their life, it can change them forever. They can suffer from post-traumatic stress disorder (PTSD) or become more pessimistic toward life. Animals can also go through the same experience, and it’s important to provide them with care and support so they avoid long-term repercussions as well.

On the side of a busy highway, a very young monkey was found clinging to his mother’s lifeless body. She had been hit by a car, leaving the little one afraid and fending for himself. Thankfully, he was picked by the people of Twala Trust Animal Sanctuary in Zimbabwe. They named him Horace, and his attitude has made him one of the most lovable residents of the sanctuary.

“He came to us when he was very young,” Sarah Carter said. She is the founder of the Twala Trust Animal Sanctuary, where Horace is happily living. 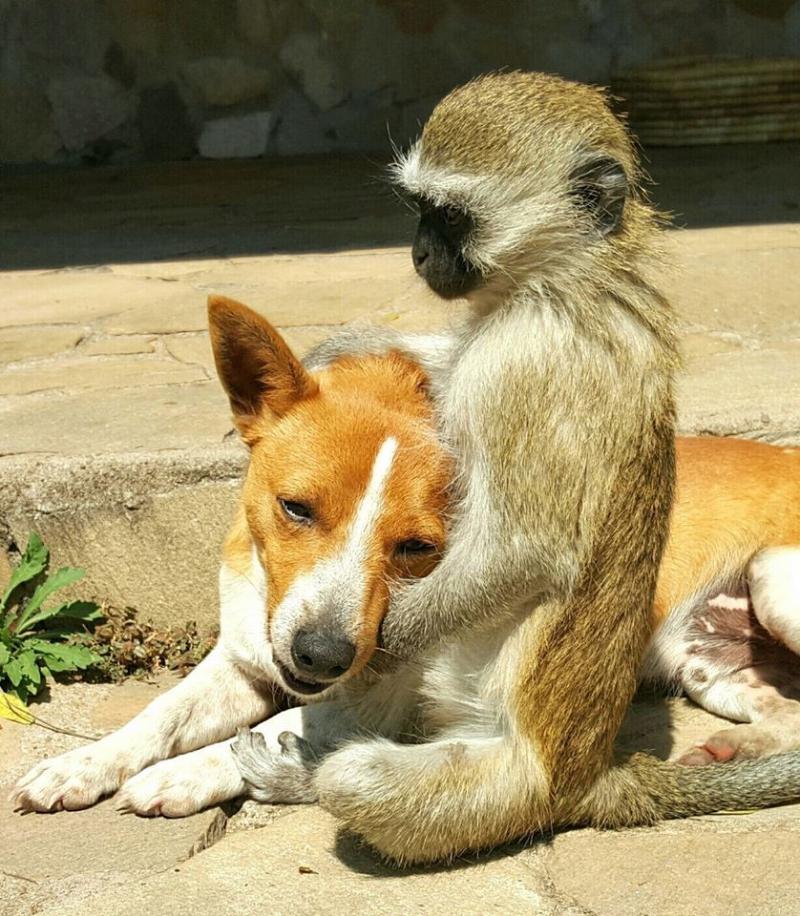 “He’s lucky that he got picked up by the right person, who then brought him here.” 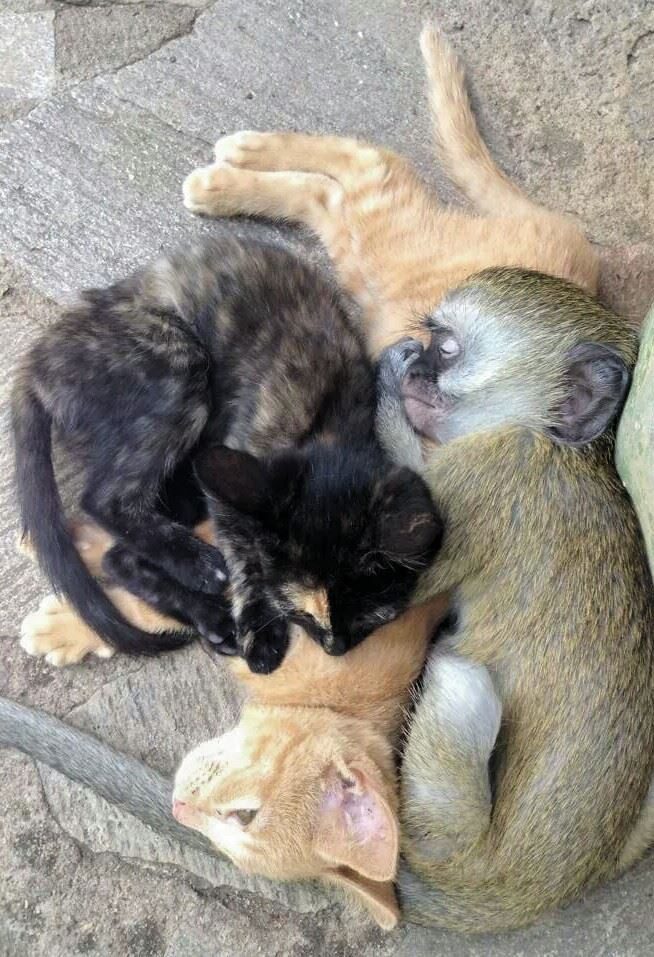 The sanctuary’s residents included rescued animals, both from the wild and from domestic environments. 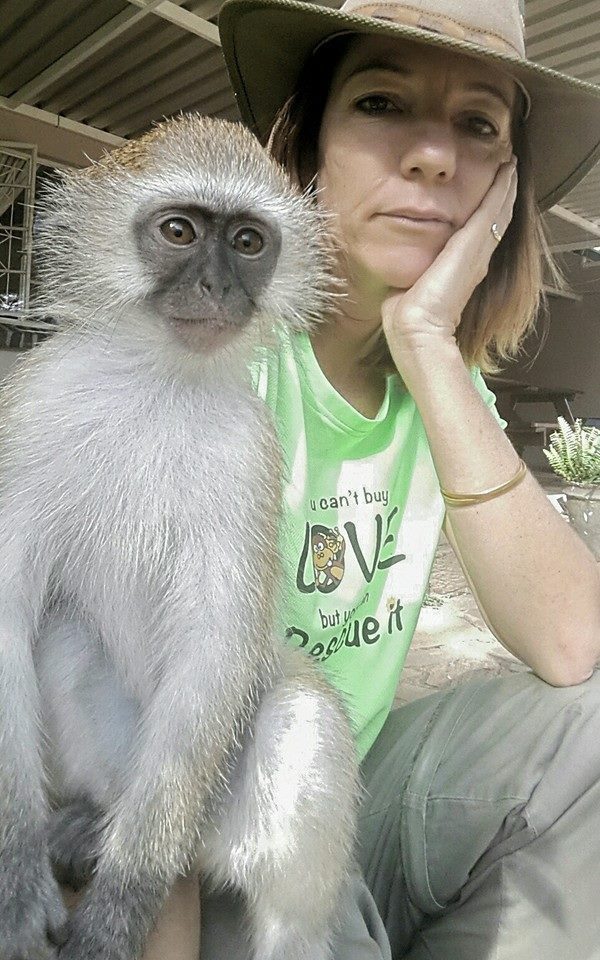 Horace seemed to fit right in with the rest of his new housemates. He wanted to become friends with everyone he met there. 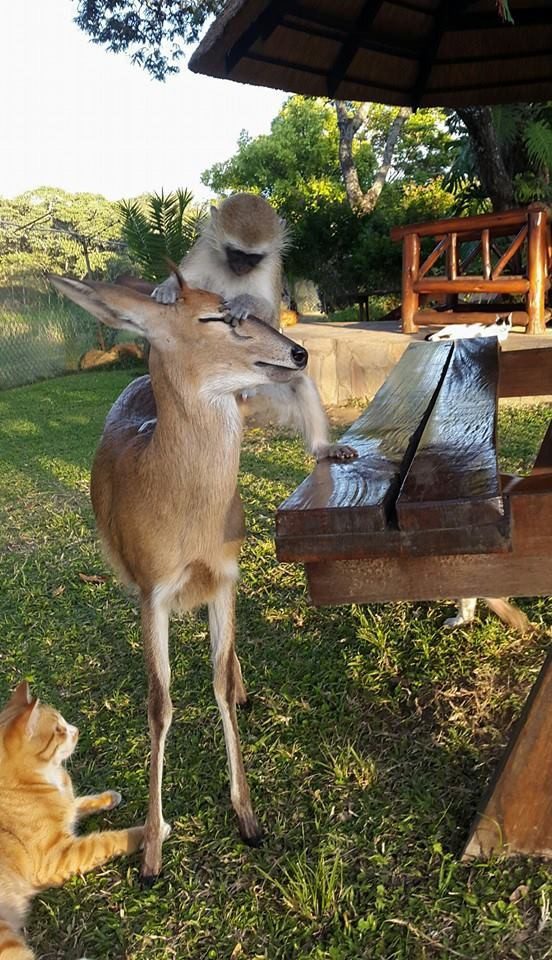 “Since we had so many orphans at the time, and not enough hands, we had to raise everyone together,” Carter said. “They just formed this relationship, which is great.” 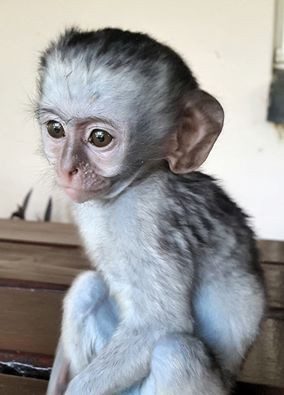 It was terribly sad for him to lose his mother, but through the tragedy, Horace has gained many new family members at the sanctuary. 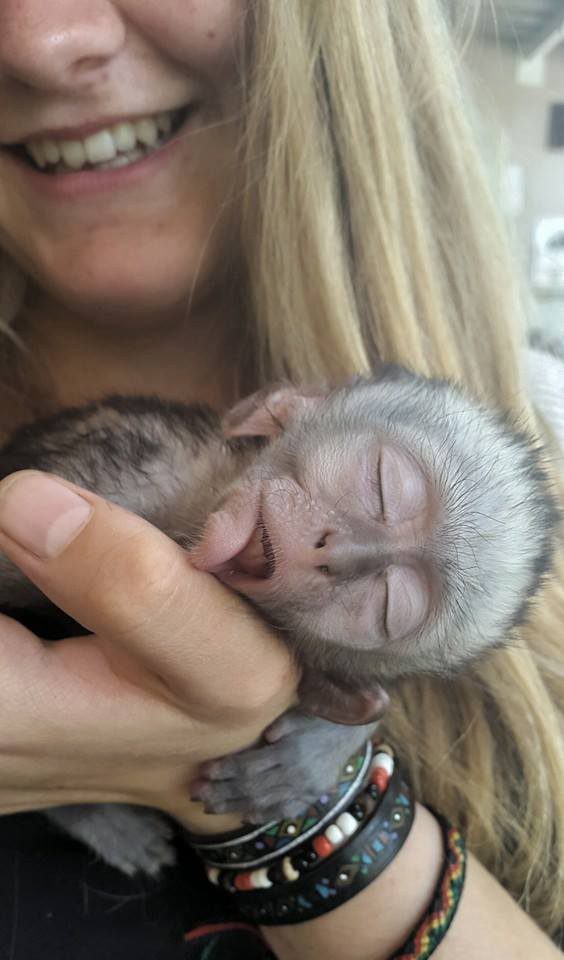 Other monkeys have been brought to the sanctuary over time, but Horace’s strongest bonds are with the animals who grew up with him. 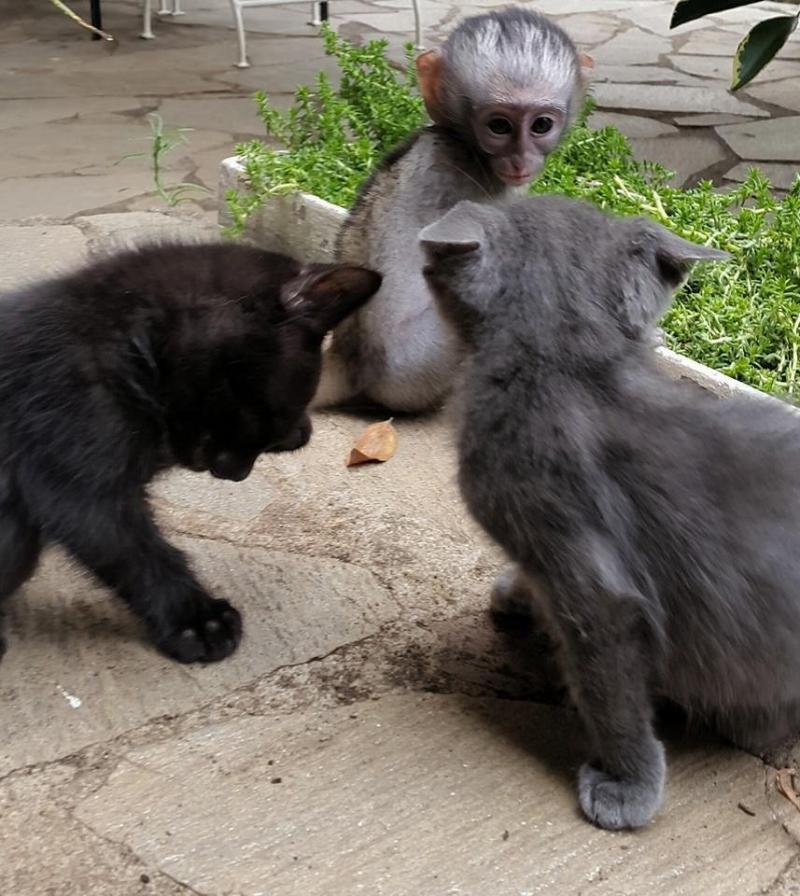 This included cats, dogs, deer, and many other animals. With so many friends to play with, the fun never stops. Every day brings new adventures for the playful and curious monkey. “All the other monkeys go to sleep when it starts to get dark, because that’s their instinct. Meanwhile, Horace is busy running around the garden at 10 o’clock at night. He’s a character,” Carter said. Not surprisingly, Horace’s nighttime adventures are not embarked upon alone. His feline friends run around in the dark with him while other animals are slumbering peacefully. Going exploring with dogs can be so much fun. 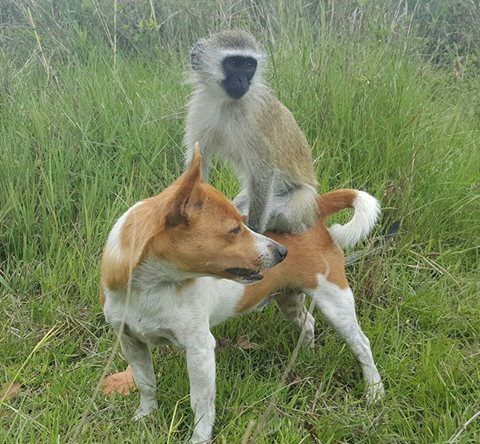 Sometimes, a quiet day in is just perfect. While he’s often like an optimistic, bright-eyed kid, Horace also knows when to be serious and responsible. Whenever new younglings join the sanctuary, Horace will take care of them and make them feel welcomed in their new home. “We get lots of orphaned animals coming in, so you can’t always pair them with the same animal,” Carter explained. “But for them to be able to be with another creature is really healing and comforting for them, no matter if they’re different.” Horace’s loving and accepting attitude demonstrates that everyone can get along no matter what they look like. “We learned that from Horace. They form these amazing bonds. It just brings so much comfort to all of them.” “Horace is free to go wherever he wants. There’s nothing stopping him from leaving,” Carter added. But Horace chooses to stay at the sanctuary, surrounded by his old and new friends alike. “Here he has friends and he’s safe. He has the backup of everyone here at the sanctuary – people and animals. He really does have the best life.” To keep up with Horace and all his friends, be sure to follow the Twala Trust Animal Sanctuary on Facebook.