Cowboy Robert Borba was at an Eagle Point, Oregon, Walmart picking up some dog food, when he heard a woman yell out!  “’Stop him! Stop him! He stole my bike! He stole my bike!’ And I kind of look around and all of a sudden this guy goes whizzing by me on a bicycle,” Robert said. 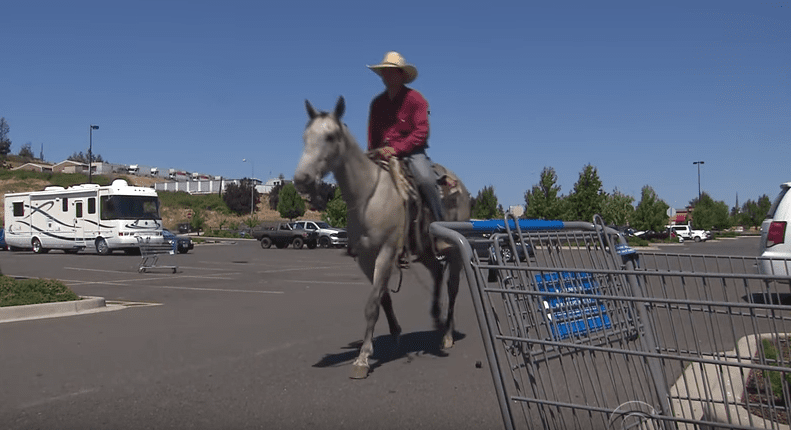 Borba, a champion bull rider, took off on his steed to give chase and rounded up the suspect.

“A couple swings and then I threw it at him, just like I would a steer,” Robert said. 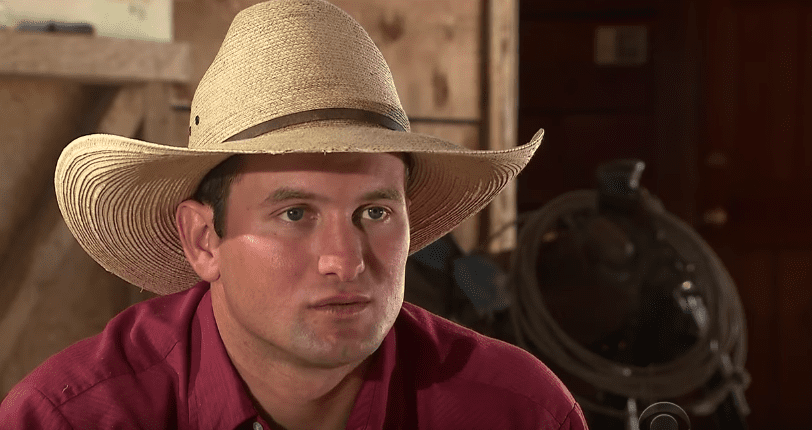 Robert then called 911 and told the operator about the situation. “We got a guy who just stole a bike here at Walmart. I got him roped and tied to a tree,” he said on the call.

“What!?” the operator said.

“I got him roped from a horse and he’s tied to a tree.” 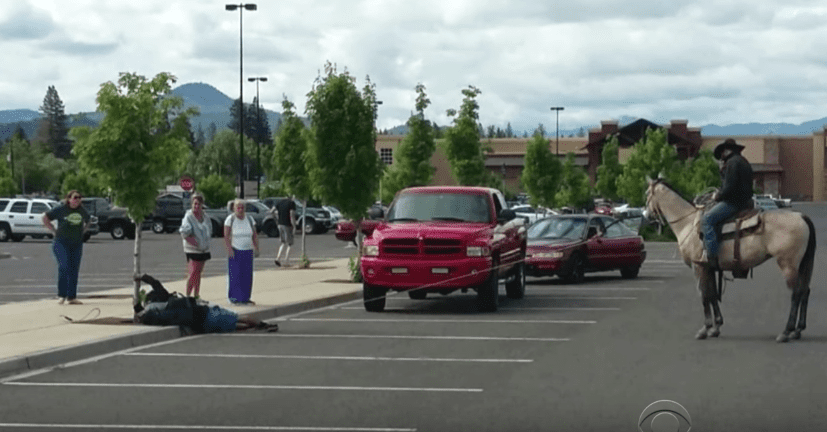 Borba lassoed the suspect’s ankle and held the man until police officer Adams arrived. The 28-year-old hero on horseback saved the day.

“I looked up and from the horse there was a rope connected to the ankle of a gentleman on the ground holding onto a tree,” Adams said. 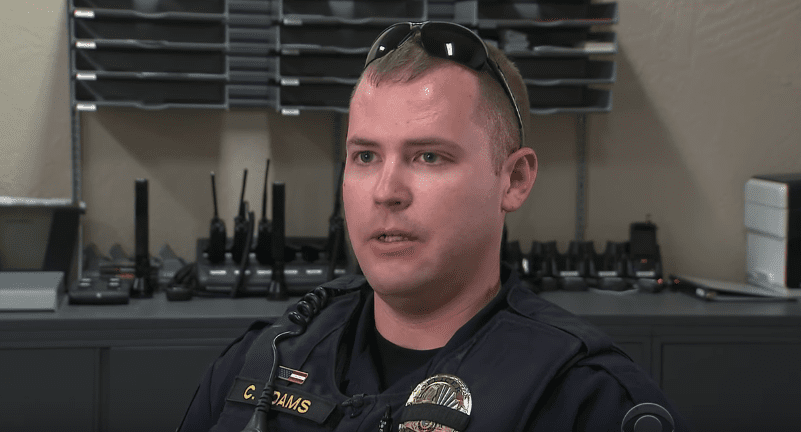 Borba said taking action was just the right thing to do. “If it was my wife or my little girl, I would hope somebody would help her if I wasn’t around,” he said.

After all was said and done, police said all Robert asked for was his rope back. After receiving his rope, he tipped his hat and then rode off into the sunset like a true cowboy.