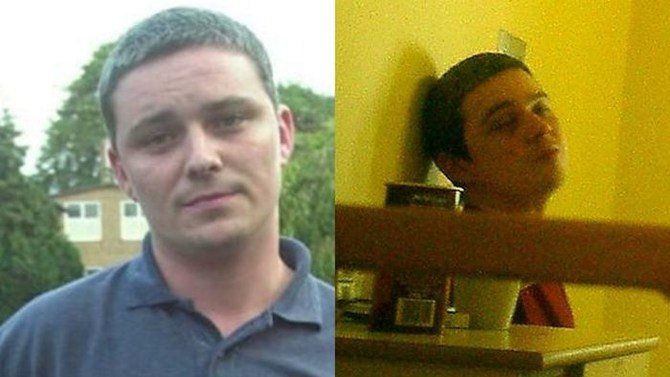 Learning about your heritage has never been hotter. Sites like Ancestry and 23andMe are filling our seemingly insatiable need to know where we come from and what we have in common with our ancestors.

But poking around in the family history attic can prove to be a bit of a Pandora’s Box, as one young high school student found out the hard way.

UK news site The Telegraph tells the story of one Samantha Bryan, who lives in the fishing town and food manufacturing center of Grimsby on Britain’s North Sea side. Bryan, at age 14, was given a somewhat odd history assignment by her teacher: to dig into what makes serial killers tick by researching some of the more infamous ones in her area.

Not exactly the kind of assignments we grew up on, but times have changed, or so it would seem.

Perhaps the oddest aspect of this assignment was that Bryan was told to select a specific killer notorious for his crimes, and the young student zeroed in on a man by the name of Ian Huntley. The killer was responsible for the grizzly deaths of two 10-year-old girls dating back 14 years, and armed with this knowledge, Samantha began her internet research.

Little did she know she was about to uncover a horrifying connection to the murderer. And that connection became apparent when, in the course of her information hunt, Bryan discovered an old photo online of her mother with her daughter, namely, Samantha herself. The shocking discovery shook the high school student to her core, and send her into paroxysms of tears and uncontrollable shaking.

“It was like being thumped in the chest,” Bryan told the Telegraph in recounting the stunning moment.

As you may have by now surmised, the undeniable reality that Ian Huntley was, in fact, Samantha’s own birth father, was the first time she had ever known this unsettling truth. Her mother had married the only man that Bryan had ever known in a paternal role when the young girl was just four years old, and her mother understandably withheld some of the more horrible details of her biological dad’s life and impact on her nuclear family.

Until she no longer could, of course.

Once the truth began to emerge, Samantha learned from her mom that Huntley had both abused and raped her mother when young Bryan was still just a toddler. She finally found the courage to leave Huntley, and subsequently married Martin Bryan, the man who Samantha knew as her dad.

It was when Samantha was four years old that her real father notoriously killed two 10-year-old girls in the Grimsby area: Holly Wells and Jessica Chapman. The belated discovery of her connection to these infamous homicides at first made Samantha question if she’d inherited some of Ian’s evil personality traits.

“A thousand questions ran ‘round in my brain,” Bryan said. “I didn’t want to be associated with a killer. Was there anything of this monster in me?”

But as it turns out, there wasn’t. In fact, quite the opposite, as Samantha is now training for a career where she will save lives, not end them, because she hopes to become a paramedic.

“I will make a positive difference with my life, I want to help others . . . the exact opposite of everything he stands for,” she says philosophically.

No doubt, Samantha Bryan has mixed feelings knowing what she has learned of her family heritage. Which begs the old adage: be careful what you look for, because you may find it.