Home
Places
What They Found In This Lake Is Unusual, But The Truth Behind This Mystery Is Even Stranger…

But it is quite remarkable when a mystery that baffled scientists for over half a century finally has an answer. That’s what happened at Skeleton Lake in 2004, and the truth turned out to be even stranger than anyone imagined.

This is Skeleton Lake in Roopkund, India. It’s actually quite scenic, sitting at the bottom of a small valley in the mountains, 16,000 feet above sea level. 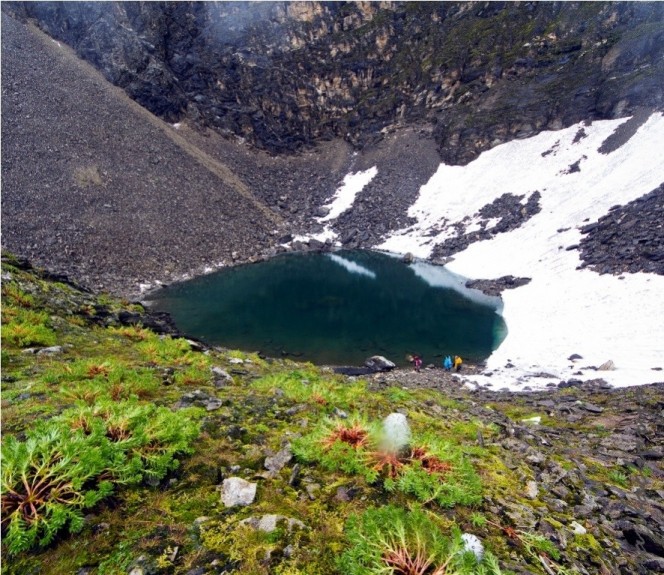 In 1942, a British forest guard was startled to find a strange object in the lake. Upon further investigation, he discovered over 200 sets of human remains. 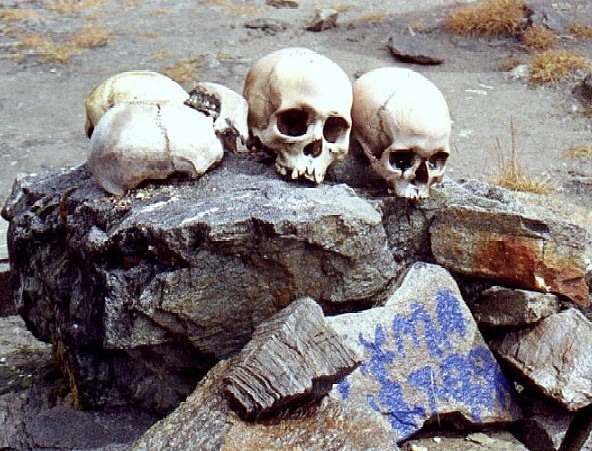 Scientists instantly began speculating. The most widely-accepted theory was that Japanese soldiers died from exposure while trying to sneak through the Indian mountains. 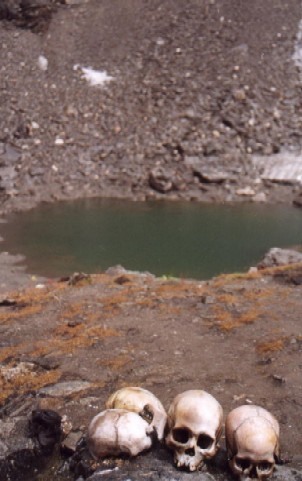 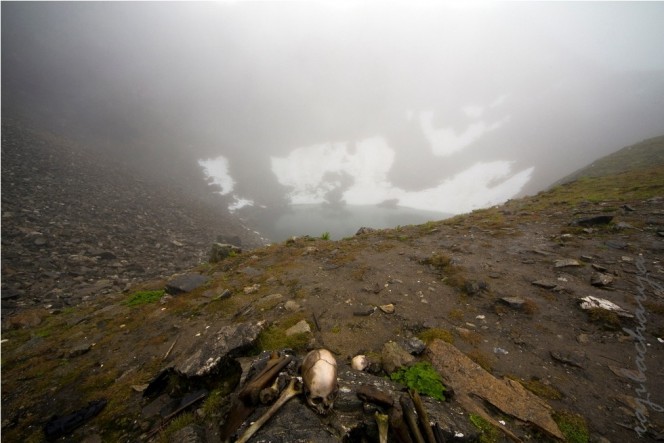 The hair, bones, and even flesh were preserved quite well due to the dry, cold air high up in the mountains. The investigators didn’t know how so many people died in this small valley by the lake, but they were able to deduce that the remains were extremely old. 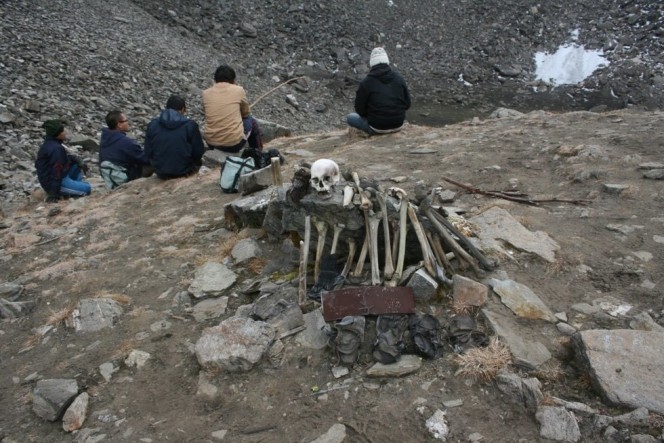 With the original theory debunked, others started to speculate about how these people passed away, suggesting everything from a landslide to mass suicide. This continued for decades before anyone was able to find conclusive evidence. 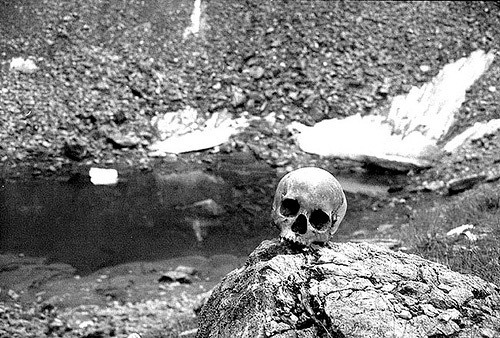 The horrible truth was finally revealed in a 2004 investigation at the lake. 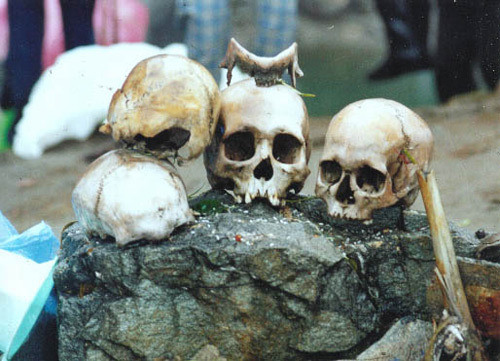 Scientists say that the bodies date back to roughly 850 A.C.E., and that there were actually two different groups of people killed here: one family or closely-related tribe, and a group of shorter, smaller people, believed to be guides or porters for the first group, leading them through the mountains. 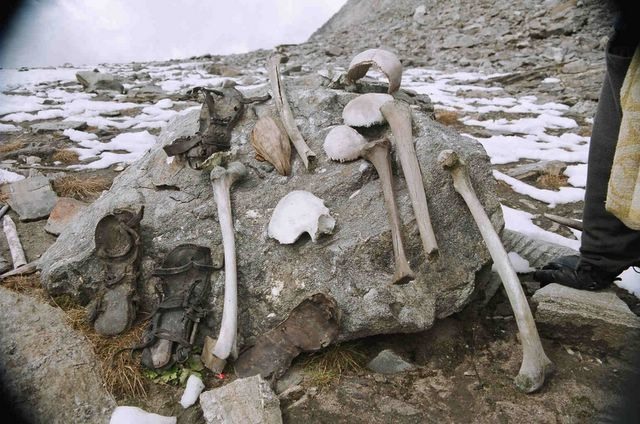 Each body contained patterns that resembled blows to the head and shoulders. One might assume that this was caused by weapons, but that possibility was ruled out because the cracks in the skulls were too short and deep. Scientists concluded that the deceased were hit by rounded objects. Because the wounds were mostly in the head and shoulder areas, the scientists developed a theory that whatever killed these people came from directly above them. 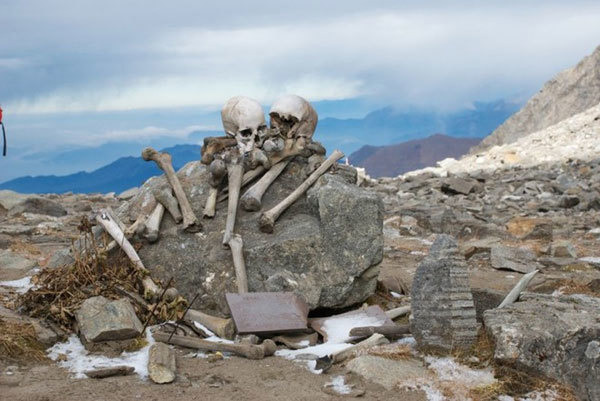 The answer might be found in a traditional folk song that Himalayan women sing about stones “hard as iron” hurled from the sky at outsiders who dared to defile the mountain. These people had no escape from a barrage of deadly hail, each estimated to be about nine inches in diameter. Their bodies remained at the lake for over 1,200 years. 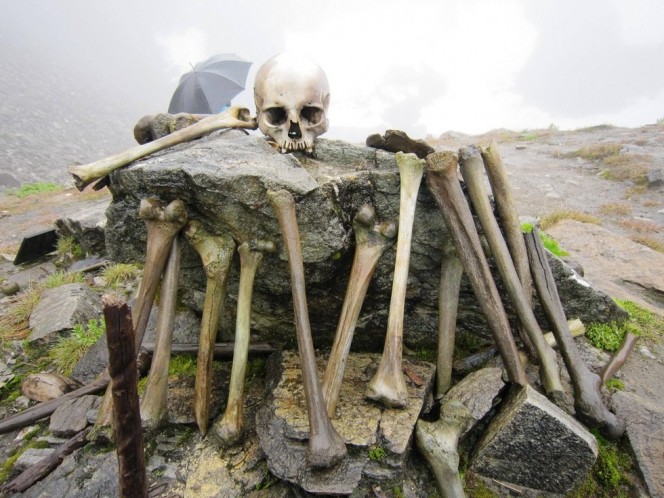 This is an example of a mystery that, once solved, raises even more questions. How could hail be that severe? What were these people doing on the mountains in the first place? We may never know the truth.