Home
Humanity
&
Places
Smithsonian’s Secret Storage Room Has Thousands Of Drawers. What’s Inside Is The Most Fascinating Thing You’ll Ever See.

The Smithsonian National Museum of Natural History in Washington, D.C. is quite large, to put it lightly. The museum, which has free admission, is housed in a building with a total area of 1,320,000 square feet! The space accessible by the public is a comparatively minuscule 350,000 square feet.

So what occupies the remaining approximately 1,000,000 square feet of space? Extensive collection of artifacts and specimens. Putting an exact number to a collection as large as this one is tricky, but the museum has said that they have accumulated approximately 127 million specimens in the 106 years they have been in existence.

While these items aren’t on view for the general public, there is a way to peek behind the scenes, thanks to one man. Roy “Chip” Clark has spent the last 17 years as the museum’s chief photographer. His job is to document the items in storage and the employees who are responsible for preserving them and keeping them organized.

The entomological collection is the second-largest in the world. It boasts 35 million specimens from 300,000 species. That covers about 60% of the insect families in the world. 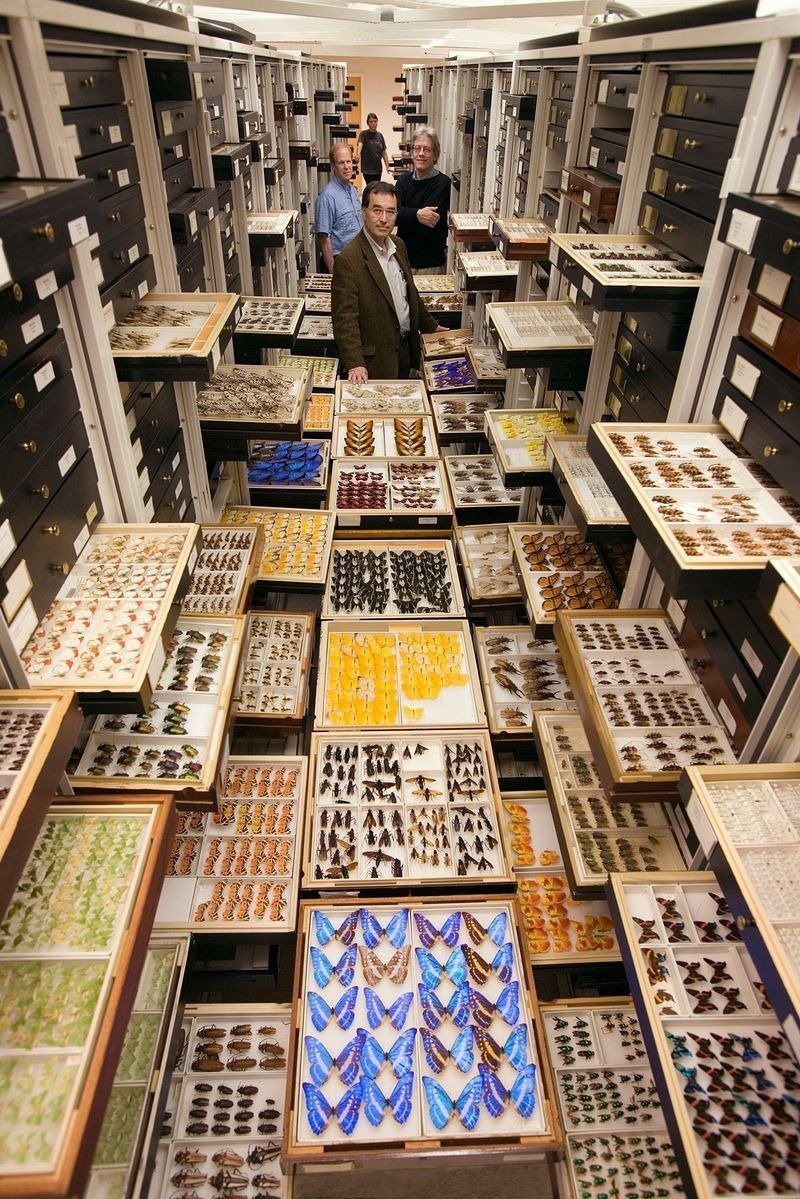 As for mammals, they’re represented in the store rooms; this specific collection includes nearly 590,000 animals. 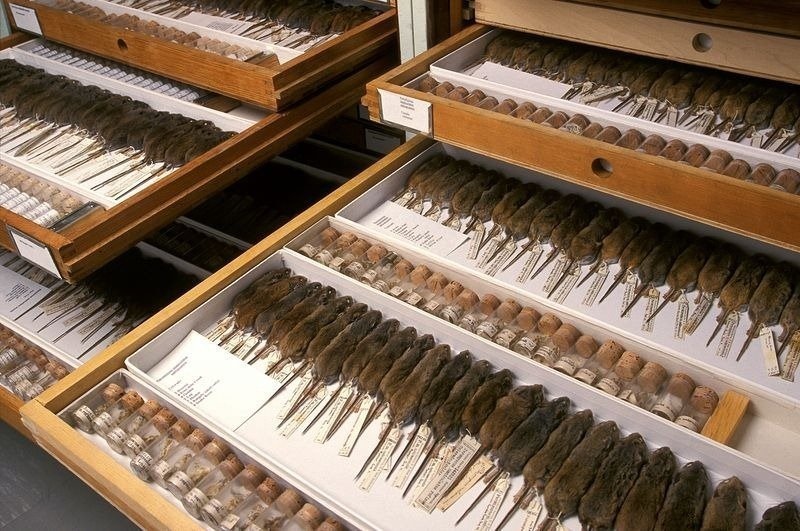 Underwater mammals are also hiding in the backrooms. Hundreds of whale skulls and other preserved bones are held in a whale-only warehouse. 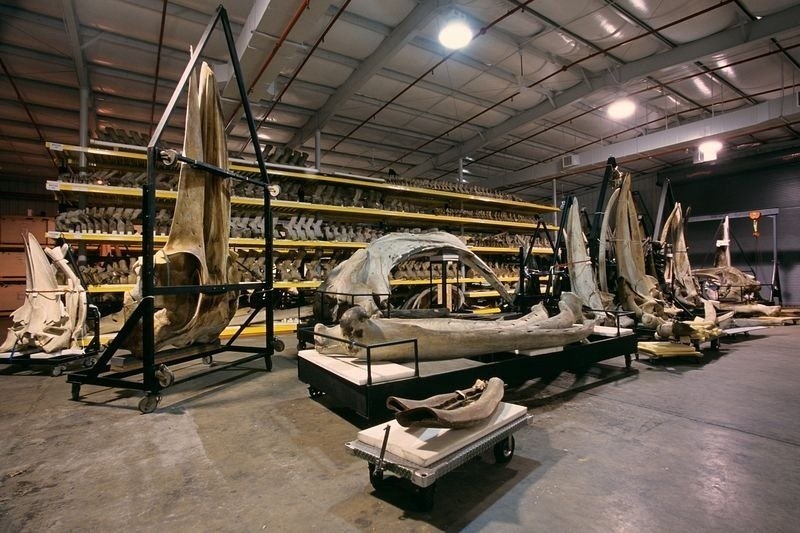 In the depths of the vertebrate zoology department resides the third largest bird collection in the world, numbering more than 640,000 specimens. 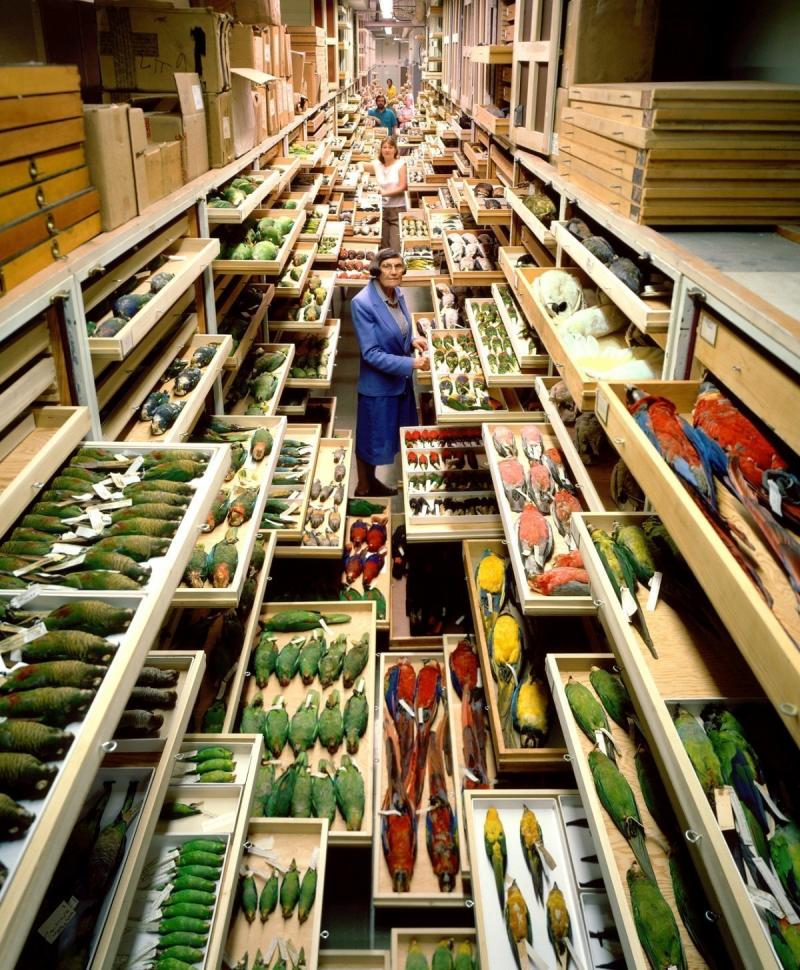 If you head over to the invertebrate zoology department, you can find more than 35 million items stored over the span of 15 linear miles. 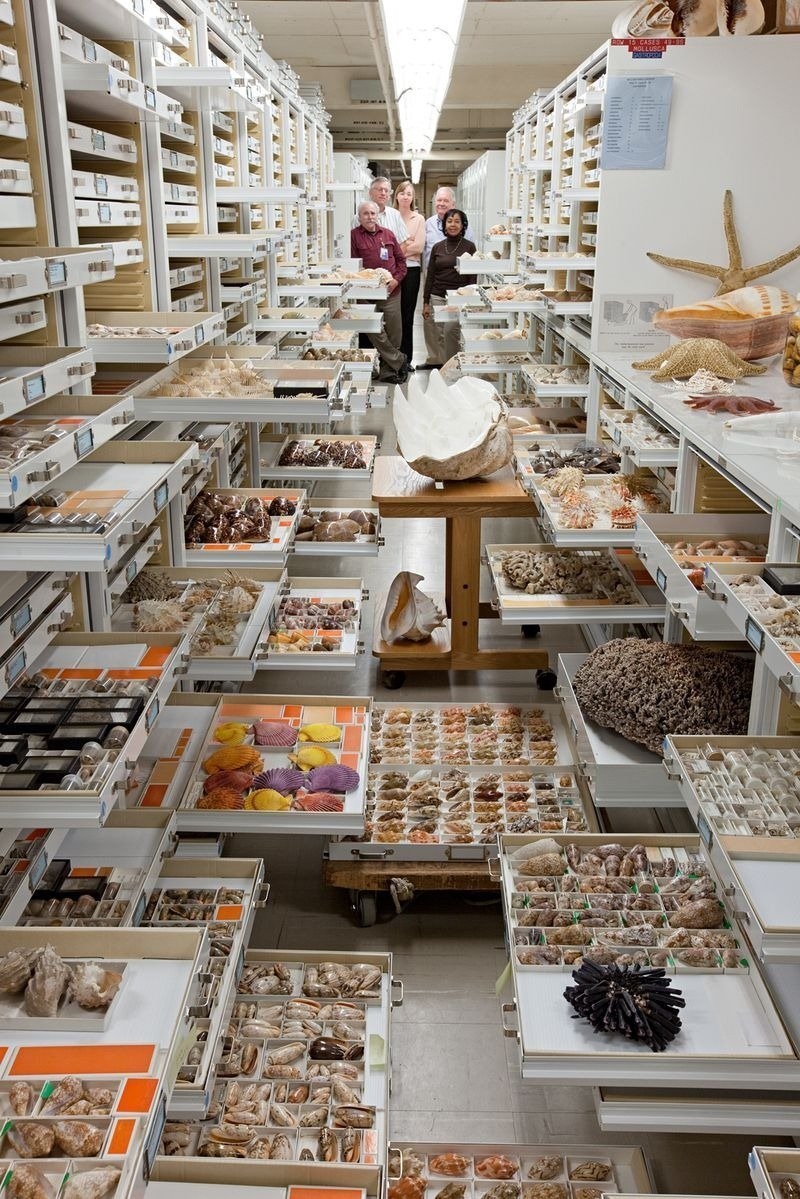 Once you leave the animal section, you can delve into the museum’s collection of minerals and gems, which total about 360,000. Many of these incredible rocks are sent around the world each year.  They are loaned to scientists completing research. 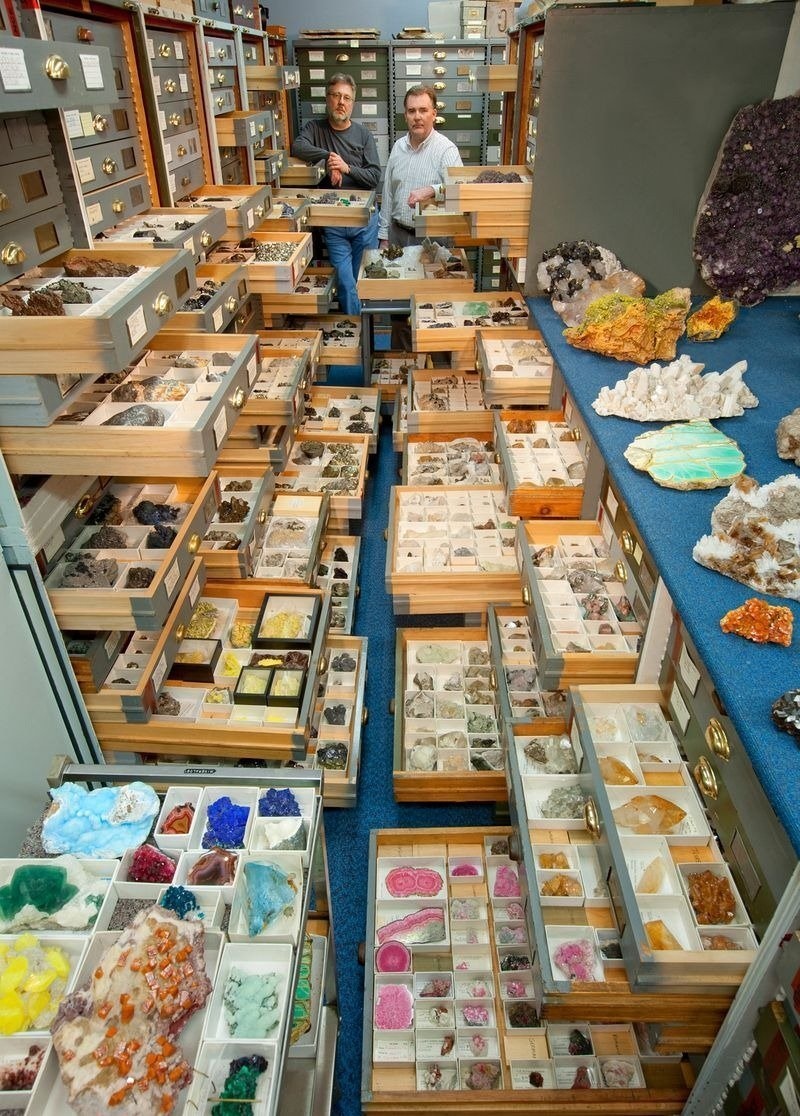 This collection of fish actually predates the opening of the museum, as it was started in the mid-1800s. 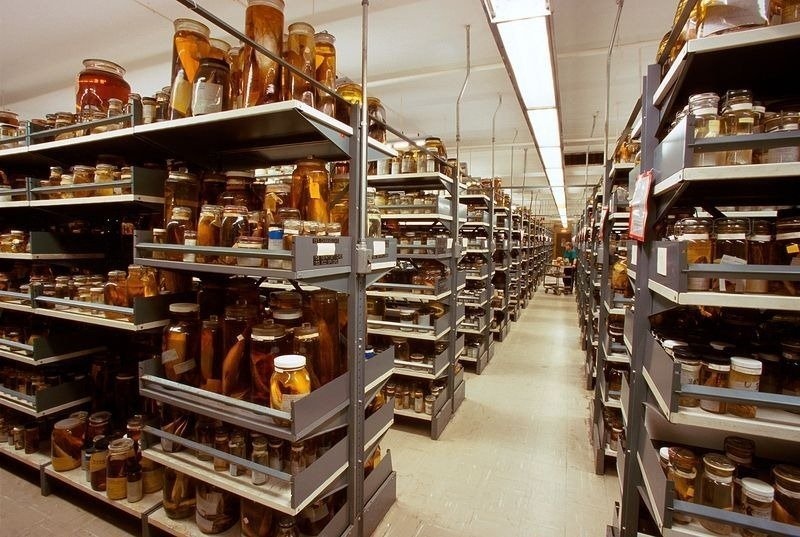 It’s not just animal, mineral, and gem specimens held in storage, either; human anthropological artifacts also have a place. 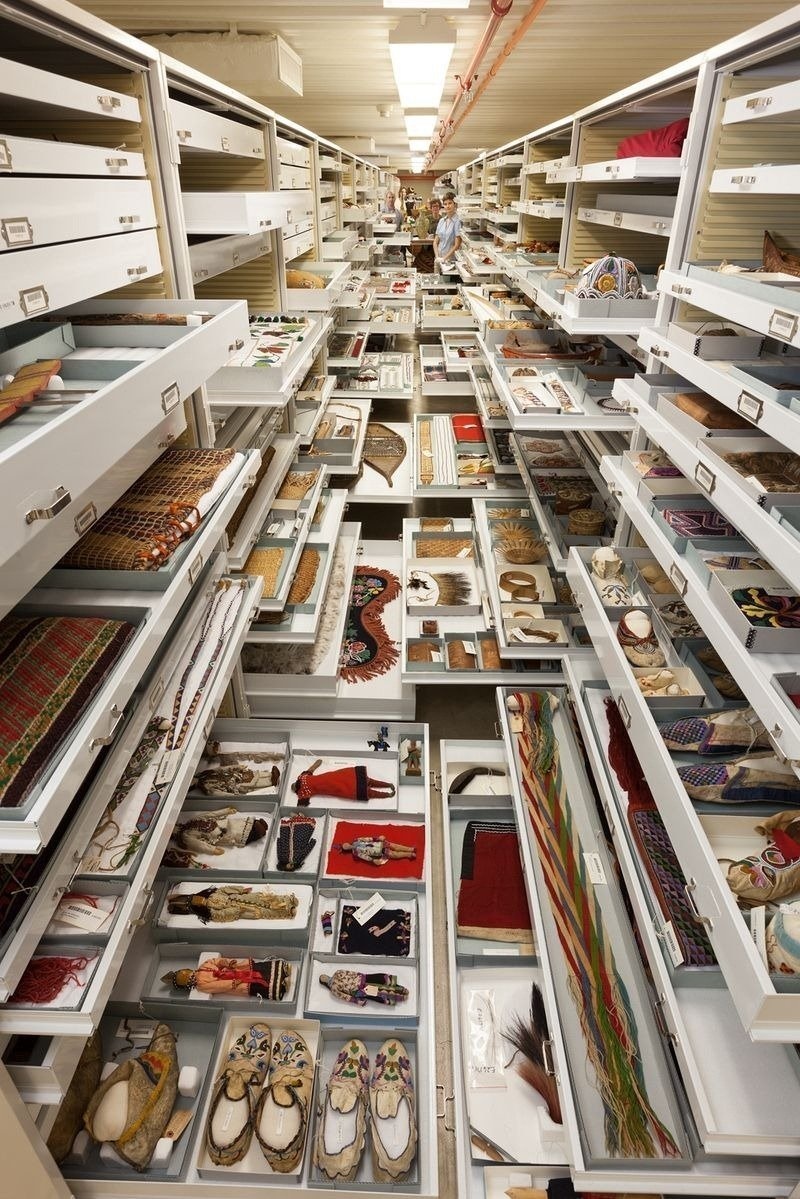 In fact, the anthropology department has a whole lot of places to spread out artifacts of human life.

Plants can be found in this maze of storerooms. Like the museum’s collection of fish, the herbarium began to take form before the Smithsonian National Museum of Natural History was opened. There are over 1.2 million kinds of plant life represented, all of which can be accessed through an online archive. 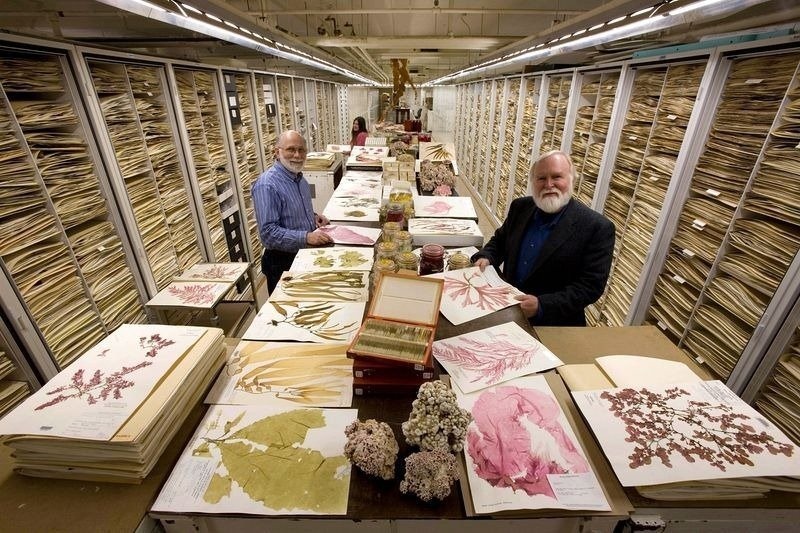 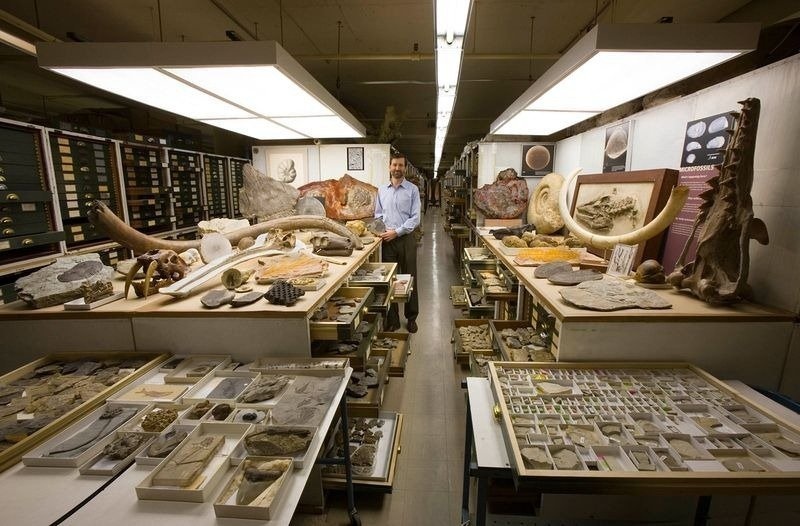 Well, are you itching to head to the museum yet? Don’t just stop at natural history! The Smithsonian Institution has 18 other museums and a zoo open to curious and inquisitive people.