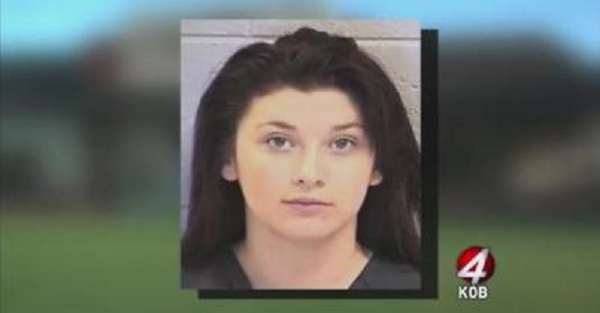 A New Mexico woman says she was the victim of credit card fraud after she left no tip for a server at a restaurant (video below).

The woman, who asked not to be identified, said she noticed a change in her bill after dining at an Outback Steakhouse in Farmington, New Mexico, KOB 4 reports.

“It’s kind of scary because who else did they do this to?” the woman said. “I wonder how many other people have been stolen from and don’t even know.”

According to the restaurant manager, Cumpton was fired. Still, the woman says she will never eat there again. Her advice to other people is to compare receipt and bank charges, or to just pay in cash.

Cumpton wrote in a Facebook post on Nov. 2 that she’s already been to court and isn’t facing any charges. She added that the customer is on a “rant to ruin [her] life.”

“This stuff has been done and over with for like a week and she wants to come up now after everything is done just to get her little 15 minutes of fame but she won’t even show her face or release her name, she’d rather just ruin mine because she knows she’s in the wrong,” Cumpton wrote.

“I know her name and unlike her, I’m not going to ruin somebody’s reputation,” she added.