Belen Aldecosea, 21, of Miami Beach, a college student claims she was forced to flush her emotional support hamster down an airport toilet after getting bad info from a ticket agent. Spirit Airlines claims no employee ever said to give the rodent its final boarding call.

Aldecosea said she called Spirit Airlines on two occasions to confirm that Pebbles, a pet dwarf hamster certified by her doctor as an emotional support animal, could join her aboard the flight in November from Baltimore-Washington International Airport to Fort Lauderdale. 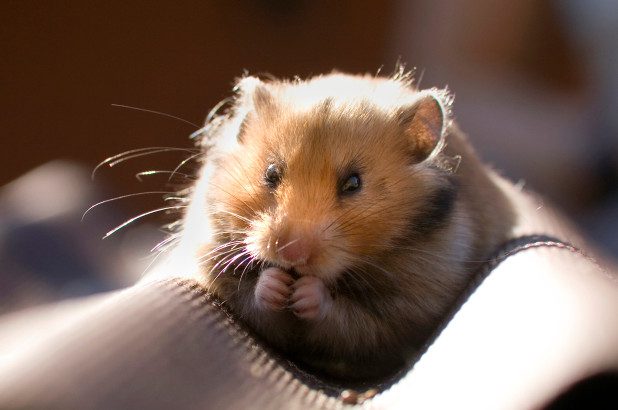 Pebbles was denied entry onto the flight once she got to the airport.

Because she had no family or friends nearby, Aldecosea said, she had few options, she even tried to rent a car but was unsuccessful. She claims an airline representative ultimately suggested that either let Pebbles run free or flush the rodent down a toilet, the airline vehemently denied anyone said that.

“She was scared,” Aldecosea said. “I was scared. It was horrifying trying to put her in the toilet. I was emotional. I was crying. I sat there for a good 10 minutes crying in the stall.”

Derek Dombrowski, a spokesman for Spirit Airlines, denied in a statement that any employee suggested that Aldecosea hurt or injure the critter prior to the flight.

“It is incredibly disheartening to hear this guest reportedly decided to end her own pet’s life,” Dombrowksi’s statement continued. “Our reservation representative, unfortunately, did misinform the guest that a hamster was permitted to fly as an emotional support animal on Spirit Airlines.”

Agents offered the opportunity to take a later flight when Aldecosea arrived with the hamster at the airport, Dombrowski said.

“Our records indicate the guest took that later flight with no further incident,” Dombrowksi said. “We did offer the guest a voucher for the inconvenience, but we never heard back from her.”

The Transportation Security Administration said they have no issue with carry-on hamsters, a spokeswoman said.

“Hamsters are welcome in our checkpoint,” TSA spokeswoman Sari Koshetz said. “Their container would typically go through the X-ray while the owner would hold the hamster as the passenger walks through the metal detector so the creature is not subjected to radiation.”

Individual airlines determine which pets get to fly. Major carriers such as American, Delta and United don’t allow rodents due to safety and health concerns.

She said the decision to send Pebbles to a watery grave seemed more humane than letting the animal free to potentially starve to death or get struck by a car.

“I didn’t have any other options,” she said.