Some dogs find forever homes. Some dogs get a happy ending. The others?

They’ll be left to fend for themselves. On the streets. In the shadows. Forgotten.

This is a story of one such day, one fateful day where members of the Chicago Police Department decided to follow a noise. A hunch. Where it led? Well, let’s find out!

This incredible rescue story starts with an abandoned building.

Officers from the Chicago Police Department heard some concerning noises from outside. 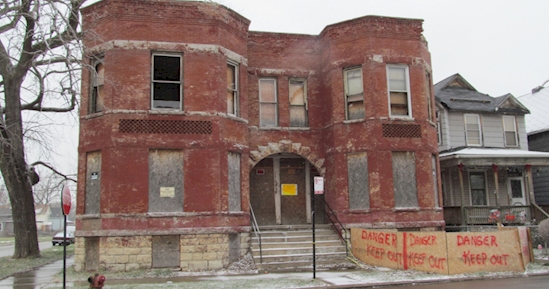 They decided to investigate. When they entered the building…

…they were shocked at what they found. There, living in the shadows, stood two skeletal dogs. 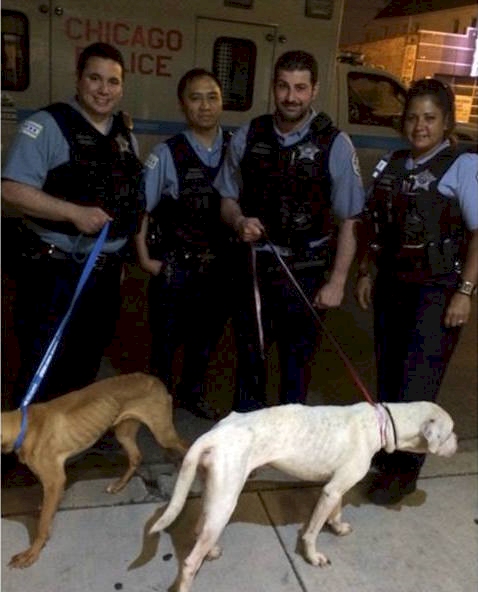 The dogs, Emmy and Oscar, were both obviously very ill. The police knew what to do.

They took the dogs to the Trio Animal Foundation for help. 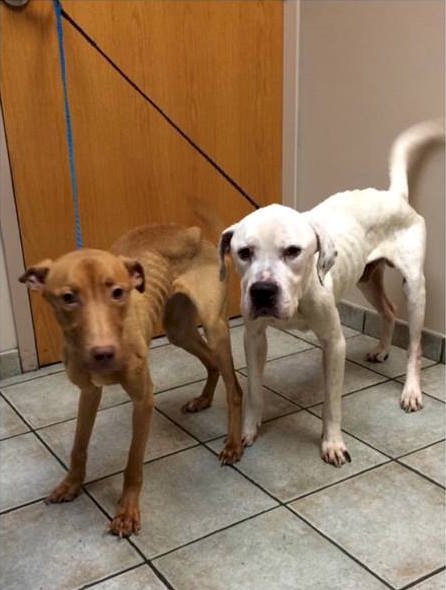 Emmy was a mere 22.4 pounds and anemic with an elevated white blood cell count and a dangerous level of dehydration.

It would be a long road to recovery for this sweetheart. 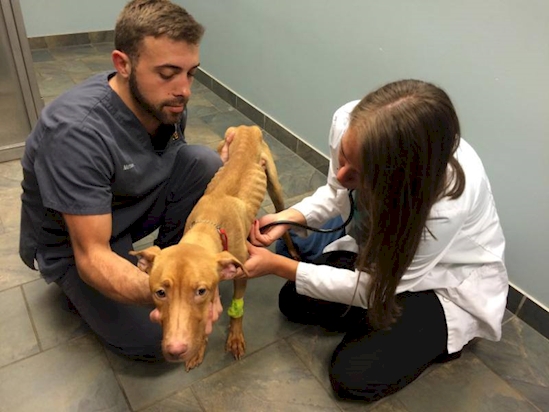 Along the way, Emmy started gaining weight and getting stronger. She also fell madly in love…

…with the vet technician who never left her side. When Emmy was too weak to walk, Anthony would carry her like this: 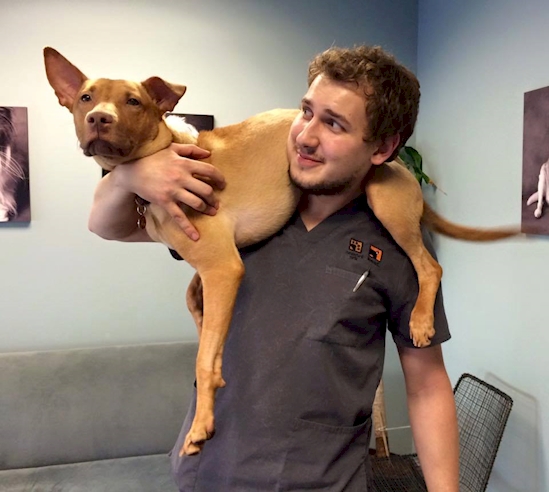 When Emmy was well enough to go home, Anthony couldn’t bear the thought.

He tried…and failed. Love would win this round and Emmy would get a wonderful forever home — and a furry friend!

But what about Oscar, the dog who had been rescued with Emmy that fateful day?

Oscar came into Trio Animal Foundation in equally rough shape. He was in starvation mode, had a reduced level of oxygen flowing through his cells, and was approaching liver failure. 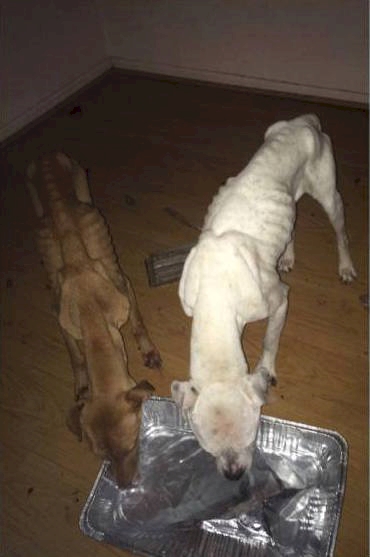 Oscar was hospitalized for what seemed like forever, but he made steady progress.

He was put on a “slow feeding regimen” to prevent refeeding syndrome, something that would certainly overwhelm his already taxed organs. 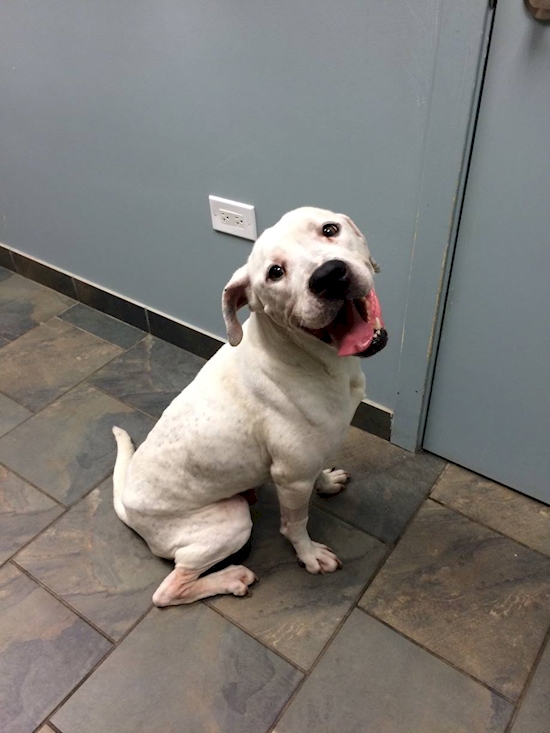 After three months of intensive care, Oscar was given a clean bill of health. He’d recovered physically.

But he still didn’t have a home to call his own… even with this face: 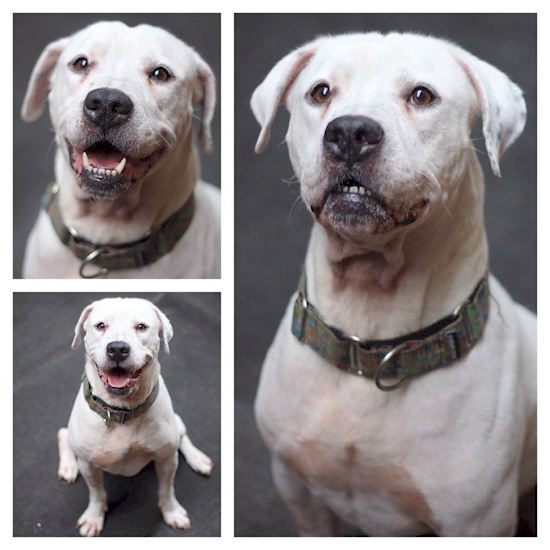 Until a family with a white puppy named Aspen put in an application saying Oscar could be “the one.”

For a homeless dog that’s been through this much, this was everything. They met that weekend. 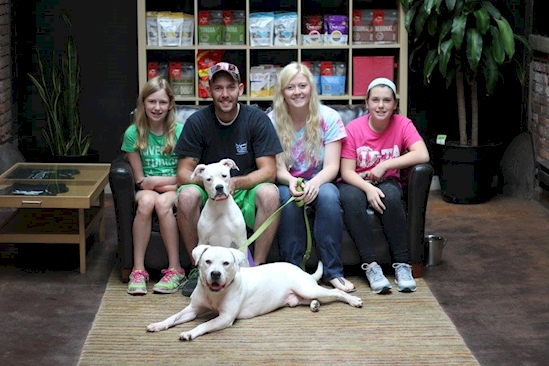 The bond was immediate. There was no way they were leaving without Oscar.

The love experienced that day led to this “before and after”: 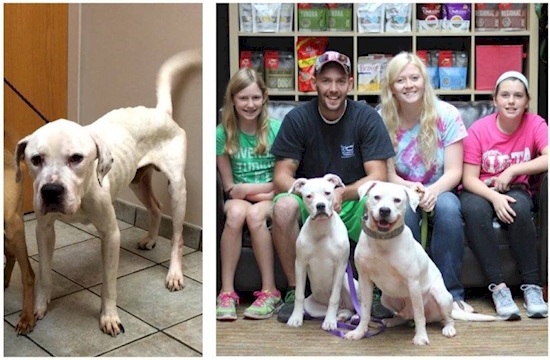 … as well as the incredible humans at Trio Animal Foundation who made these happy endings possible. 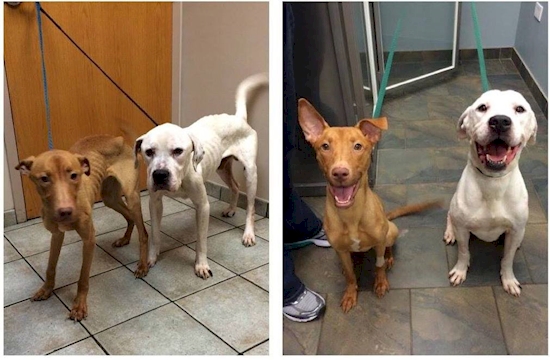