When Liz Hooker found out she was pregnant with triplets, she was in shock, and then complications hit. The triplets had to be delivered prematurely. Emma, Sophie and Zoe Dunn were born with sight and hearing, but they lost their eyesight due to complications related to their prematurity. They lost their ability to hear later, when they received a cocktail of antibiotics to treat their sepsis in the neonatal intensive care unit. Of the 15,000 deafblind kids in the United States, the girls are thought to be the only known set of deafblind triplets.

Liz had been going it alone when she reconnected with a college sweetheart, George Hooker. He became Liz’s knight in shining armor and married her even though she had to take care of Emma, Sophie and Zoe fulltime. Emma, Sophie and Zoe Dunn may be blind and deaf, but the things they can do now that George has come on the scene is amazing. The triplets can make their way into the kitchen and get food when they are hungry. They go to school, and they can communicate their needs to others. 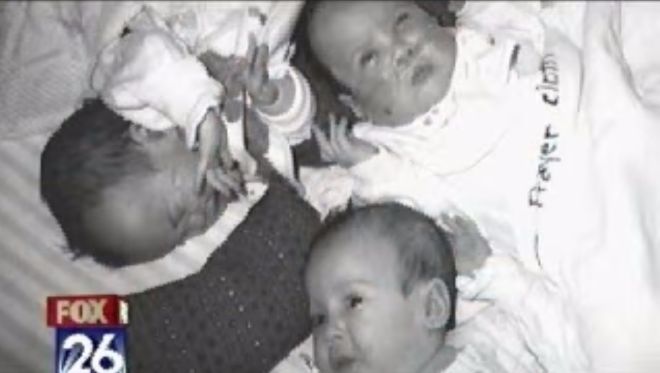 The triplets’ ability to perform such feats is astounding to say the least. For a while Liz and George weren’t sure what they could do to help their daughters. “For 6 ½ years we didn’t know what we could do to change our daughters lives,” Liz said. “They have given us such hope. They are like little sponges.” 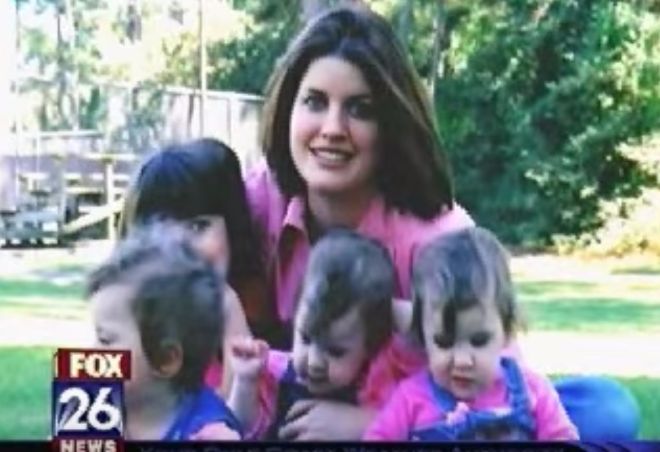 The triplets are able to do so much because they received cochlear implants to aid their hearing when they were 2 years old. Though it was a challenge to get the girls to wear their implants, now that they can hear, the hearing aids opened up their worlds. They can now hear speech and ambient sounds. The triplet’s parents are hopeful that they will be able to speak soon. They also learned even more life skills when they were able to work with intervenors thanks to an appearance on the Dr. Phil show. Intervenors are specially trained people who serve as the eyes and ears of deafblind people.