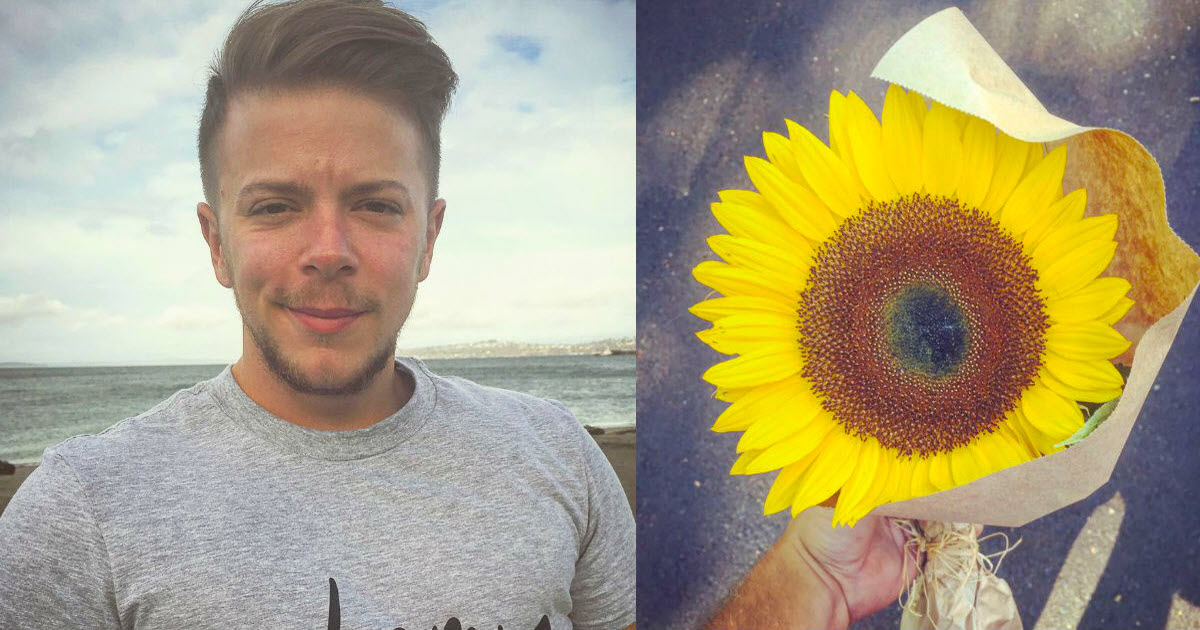 When Danny Wakefield left the house one day back in late 2016, he had no idea that he was about to be changed forever.

This Seattle native had a $5 sunflower with him and decided that, rather than letting the flower die alone, he should give it to a stranger as a small and simple act of kindness.

He carried the flower with him as he went to get coffee — part of his normal morning routine. Then, across the coffee shop, he spotted a complete stranger who he knew was the perfect recipient. She also happened to be crying quietly to herself.

Wakefield writes on his Facebook page, “It was like there was a magnet in the sunflower that was being drawn to her because I knew at that moment she was who I was going to give the sunflower to.”

But when Wakefield offered the sunflower to the crying woman, her response not only surprised him but left him absolutely “shaken.”

Scroll through below to read this beautiful story in Wakefield’s own words. It just goes to prove the power that something as simple as a $5 sunflower can have on a person’s life. 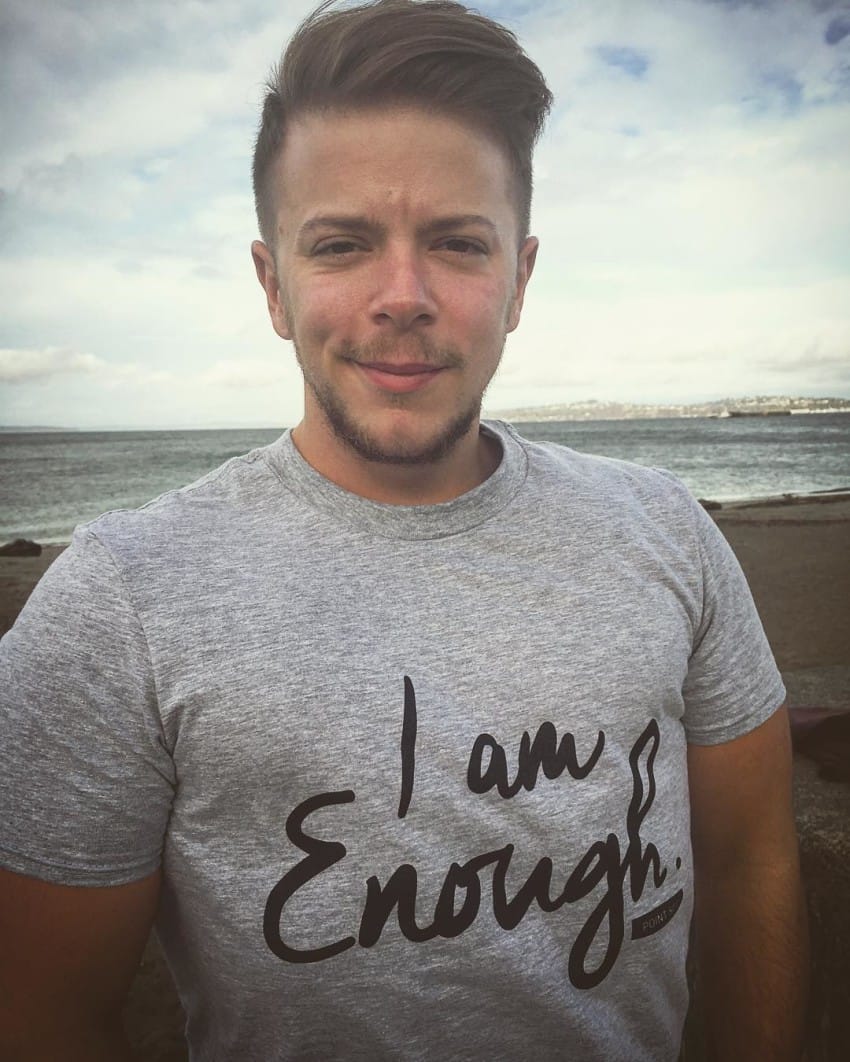 “Last night, I bought a sunflower to put on the windshield of someone I’m smitten with. After some consideration, I decided not to since we had only been on one date, the night previous. Don’t want to come off too strong, right?” 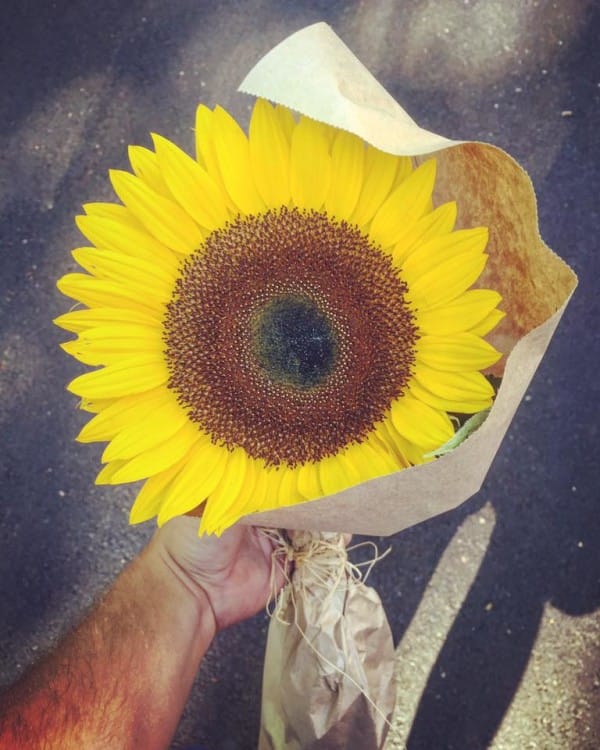 “Anyway, I grabbed the flower on my way out this morning with the intention to give it to someone on my way to work so it didn’t die alone. What happened next has left me changed in ways I don’t even have words for yet.” 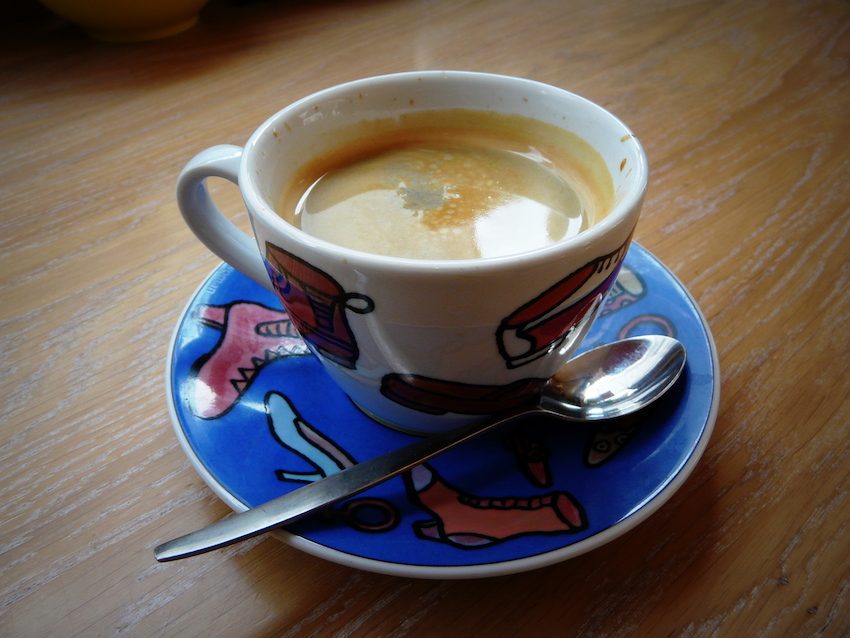 “While I was sitting and drinking my morning joe at the coffee shop (which I typically take to go), I saw a woman reading something with tears quietly and quickly sliding down her pale face. 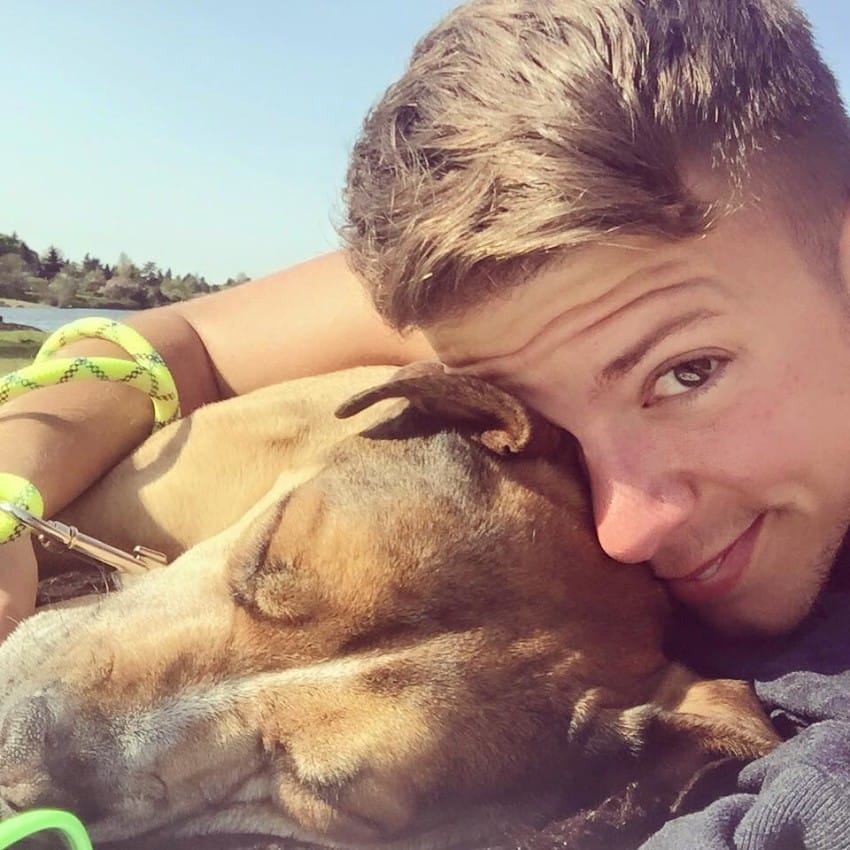 “When I got to her table I said, ‘Hey, pardon me. I have this sunflower that I was hoping to give to someone special and that someone I had in mind didn’t work out, but I can feel that you’re special, too, so I want you to have it.’

“Before I could even hand her the sunflower, this complete stranger flew into my arms with tears flowing, and gratitude spewing, as if I was someone she once loved and lost. It’s what she said next that I’m still trying to grip.” 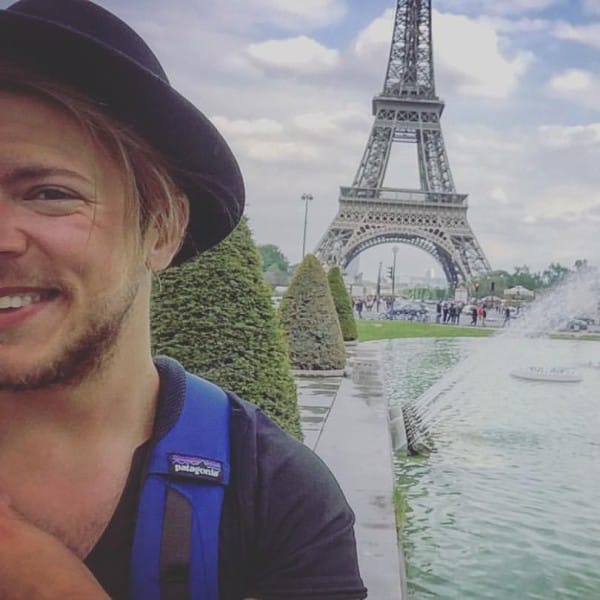 “She was crying because her fiancé had died the week before, just months before they were going to get married. On their first date, he brought her a sunflower and from then on, got her sunflowers, never roses, because she was the light of his life.

“Today, through me, he was able to show her that she’ll always be the light of his life and how we as humans have a message to carry that goes far beyond words.” “I’m shaken, awaken, and feeling raw. You never know how much a simple gesture of giving someone a $5 flower will change their life, as well as yours. Life is about giving and being of service to others. I challenge you all to find a way to make someone else’s life just a little bit brighter today and be of service. You never know the impact you could have.” 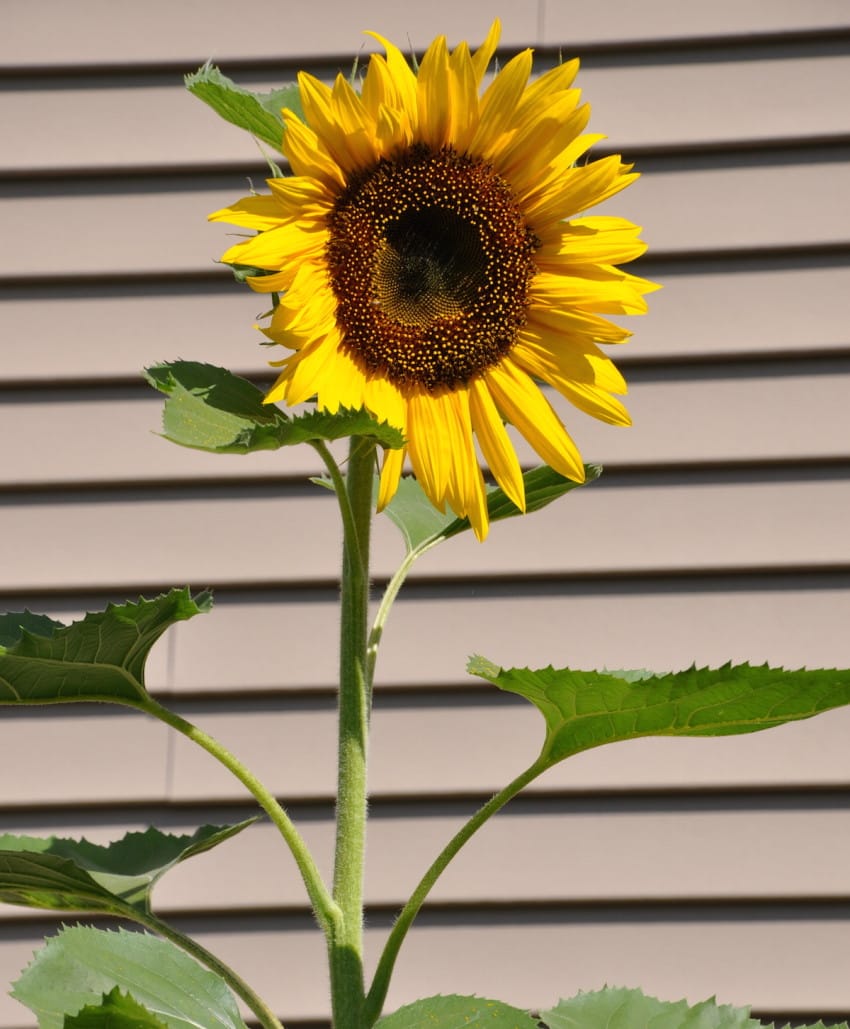 “Please feel free to share this, and a little extra love. 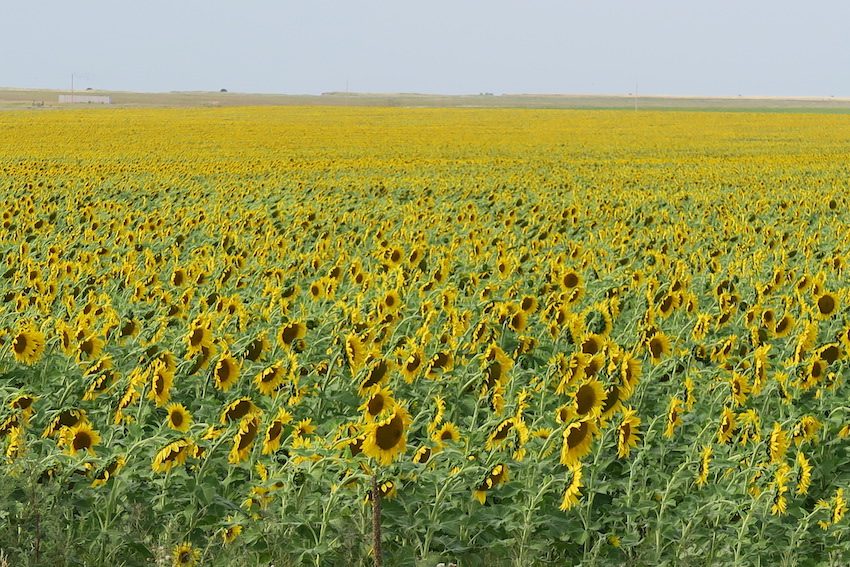 This post from Wakefield has since gone viral, being shared tens of thousands of times.

Wakefield told LittleThings, “What people don’t know is that these last few months have been such a struggle for me. I’ve been using words as weapons against myself and haven’t been showing up for the most important person in my life, me. And for this reason, I truly believe is why I was chosen as her messenger, and she mine.

“I didn’t get her name, but hope she’s [sic] sees this. I hope she knows that she has changed MY life in such a profound way. Along with each and every one of you.”