Home
Humanity
When Teacher Asked Class For Feedback, One Little Girl’s Response Got Everyone Talking…

Teachers in Ava’s school use “collective punishment”  if one student does something wrong, everyone in the classroom is punished because of it. Well, Ava did not take too kindly to being punished for other’s actions. Here is her response that went viral with nearly half a million likes and hundreds of thousands of retweets. 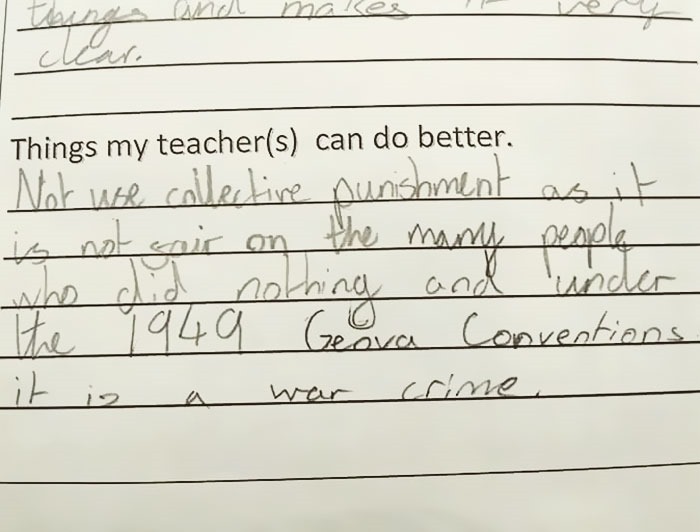 Ava’s father was shocked and proud. He states that he doesn’t know whether to buy her ice cream, or ground her!

Ava’s dad also went on to explain that she does like her teacher very much, however, there’s never anything wrong with constructive criticism.

Thre were many other people who shared their opinions:

It turns out, Ava got her ice cream! 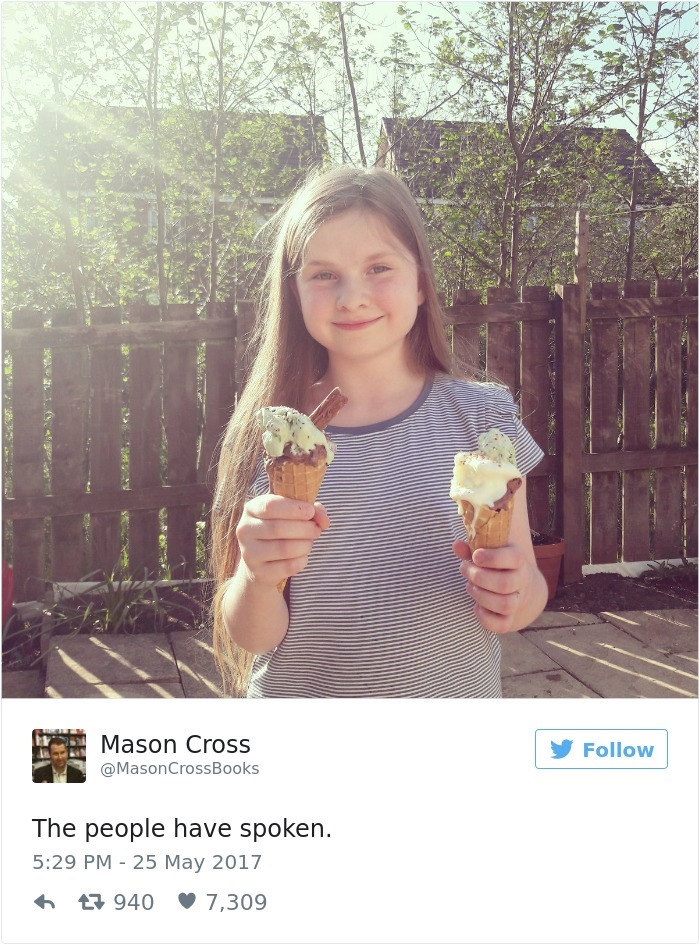 What did you think of Ava’s response?