Home
Shocking
Teacher Who Married Girl, 13, Is Banned From The Classroom For Life

A physics teacher has been banned from the classroom for life after flying to Bangladesh to marry a 13-year-old girl when he was 22 and sleeping with her.

Joshim Nur, now 34, met her for the first time three days before their 2006 arranged marriage during his summer holidays after watching a video of her made by her father.

The victim, named only as Child A, said she had sex with her husband shortly after their wedding night and after settling in the UK she was taken to a family planning clinic and put on the contraceptive pill.

Nur was a teacher at the London Nautical School in Blackfriars at the time and has now been struck off.

A Teaching Regulation Authority panel sitting in Coventry last month said his claims that he believed she was 18 were ‘not credible’ especially as his wife said she told him she was 13 and was studying in Year 8 at school.

Nur had accused the girl’s parents of ‘deception’ and said he was unaware of her real age until she made a complaint to the police in 2013 and a bone test confirmed she was underage when they married.

It is not clear how long the couple stayed together or if they have any children. 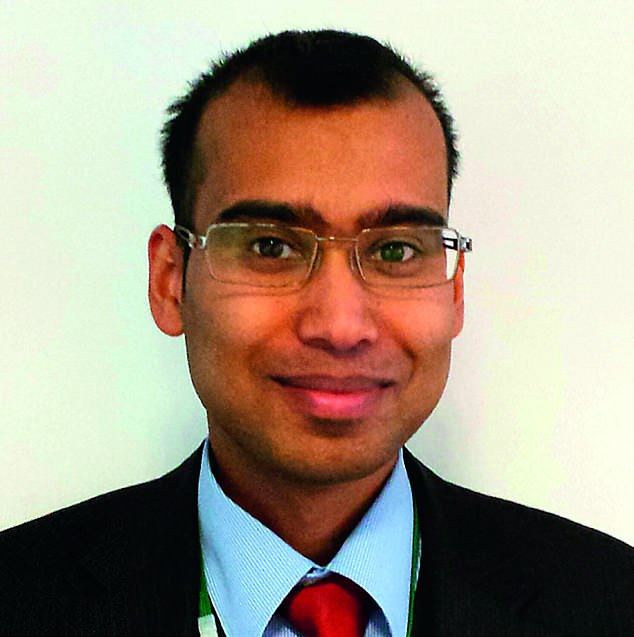 Joshim Nur, now 34, was part of an arranged marriage to a young girl and was having sex with her when she was still of school age 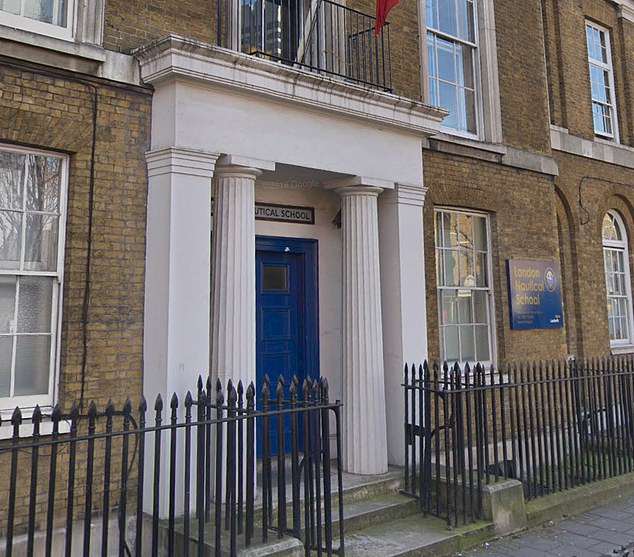 The panel said: ‘Mr. Nur now accepts that Child A was 13 years old in 2006. However, he maintains that he was unaware of this at the time of their marriage, believing her to be 18 years old.

‘Mr. Nur does not deny that he had sexual intercourse with Child A during their marriage. This is supported by the evidence of the Family Court Order which identified that “full sexual relations between the mother and father commenced in the early part of 2007 when she was only 13 or 14 years of age”.’

The panel heard he thought she was 18 despite being familiar with the appearance of girls that age as the result of working at the school.

The panel saw a written statement from the child who said she had a direct conversation with Nur three days before their arranged marriage in Bangladesh.

In the statement, she told him she was 13 and studying in Year 8 at school.

The girl said prior to this she had been the subject of a video recording taken by Nur’s father in which she confirmed the same details – and that she believed Nur had seen the video.

The panel said she was consistent in her account in her initial complaint, police interview, and the TRA proceedings – and they found her evidence to be compelling and credible.

Nur said in written evidence that he was ‘deceived’ by her family as to his wife’s age when they wed.

The panel chairman Dr. Robert Cawley said: ‘He stated he was unaware of her real age until she made a complaint to the police in 2013.

Shortly afterward in Family Court proceedings in 2014 a test was undertaken to determine her real age.

‘Mr. Nur stated that he had understood his wife was 18 years old at the time of their marriage. The panel saw evidence that this statement was supported by a marriage certificate which was used to apply for a passport for Child A following their marriage.

‘The panel did not find it plausible that Mr. Nur could have mistaken a 13-year-old child for an eighteen-year-old, and that this misconception continued over a four year period.

‘The panel was particularly concerned in light of the fact that he worked in a secondary school and had daily interactions with children of this age.’

They heard that the girl said they had sex shortly after they married.

She also said she was taken to a family planning clinic in 2007 when aged 13 or 14 and took the Pill every day.

The panel found him guilty of engaging in a relationship with Child A and of having sex on more than one occasion when she was under 16 – charges he denied.

The hearing was told Nur was ‘gifted and valued member of staff’ by his headteacher.

The panel ruled that Nur ‘engaged in a relationship with the girl between August 2006 and April 2009 in circumstances when he should have known she was aged under 16’.

The panel said he should have known her age at the time but acknowledged he appeared to be acting under pressure from his family to enter into the marriage – ‘given that he met Child A just three days prior to their wedding’.

They ruled: ‘Mr. Nur entered into a marriage and sexual relationship with a 13-year-old child. Mr. Nur did not demonstrate any insight into his actions or their impact on Child A.’

Decision maker Alan Meyrick said: ‘In my judgment, the lack of insight means that there is some risk of the repetition of this behavior.’