The 2017 Tour de France got underway at the start of July and is in its last few days, wrapping up Sunday, July 23.

Whether you enjoy the sport or not, I think we can all appreciate and respect how hard the cyclists work biking up hills and mountains during the 2,220-mile journey — especially given the athletes only get two rest days.

Polish cyclist Paweł Poljański shared a photo on his Instagram account of his veiny, sunburned legs after completing 16 stages of the race. That translates to over 1,758 miles (2,829 km). With over 450 miles left to go, Pawel is proving just how tough these cyclists work to get to the end of the Tour de France.

People all over the world were in awe when he posted the photo. As of publishing time, over 3,000 people have commented on the photo and another 30,000 have liked it. 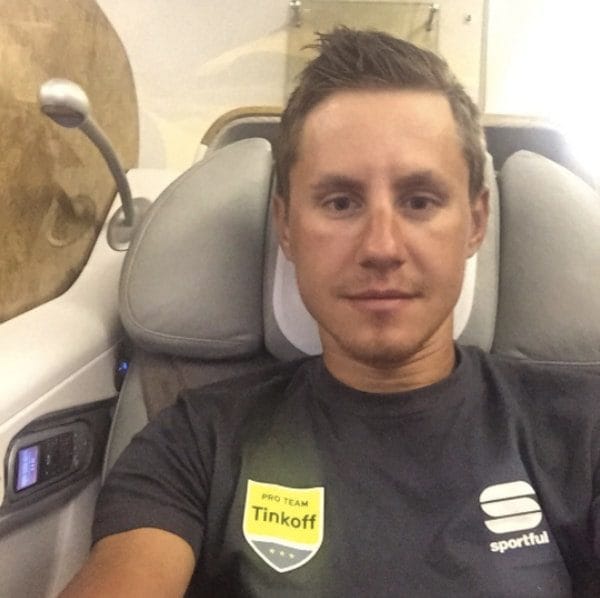 This is Paweł Poljański, a 27-year-old Polish cyclist competing in the 2017 Tour de France on the Bora–Hansgrohe team. On July 18, 2017, the cyclist posted a photo on his Instagram showing off his veiny legs after completing 16 stages of the race. 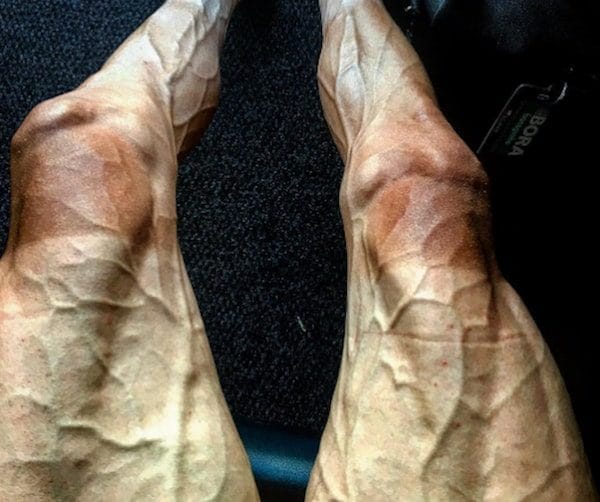 This is the photo the cyclist posted that has taken the internet by storm. It’s rare peek into the grueling and tiring results of biking hundreds of miles every day. People around the world were astounded by his photo. 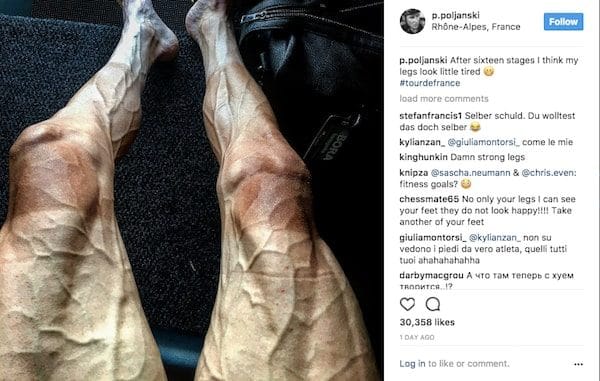 As of now, Paweł’s photo has over 3,141 comments and 30,000 likes on it. While the cyclist trains hard, his legs don’t always look like the photo above. 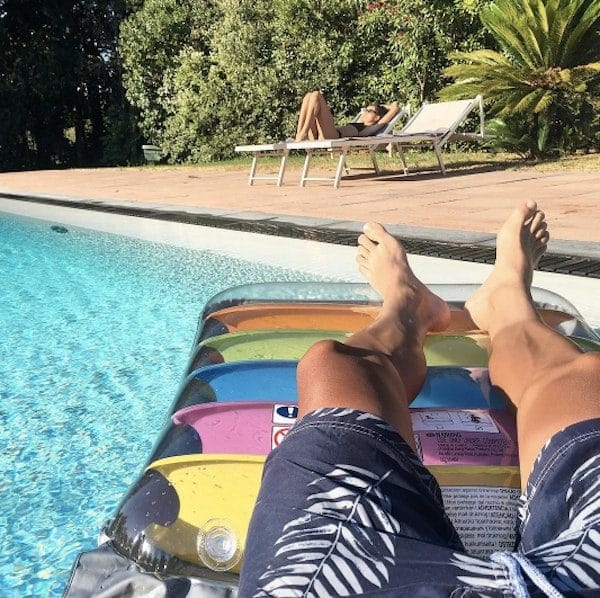 Paweł posted this photo of him in the pool that shows what his legs normally look like. It’s a stark contrast from the veiny, sunburned legs that have been pushed to the limit during the cyclist’s first Tour de France. 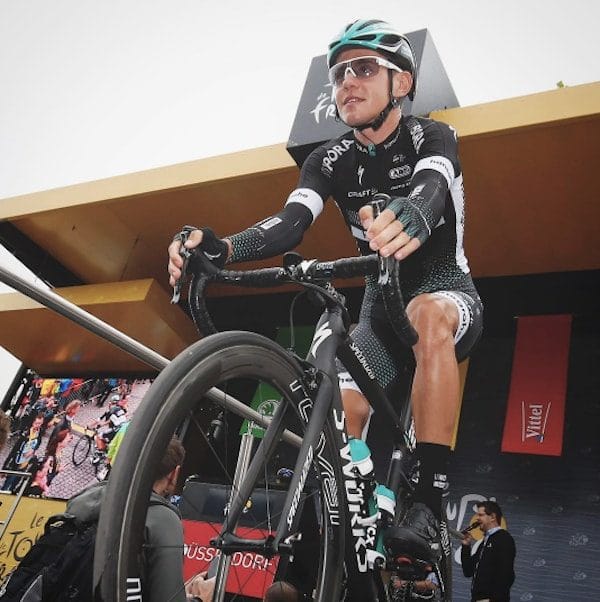 The cyclist has competed in the Giro d’Italia and the Vuelta and España. Both are hundreds of miles long as well and are hard on both the cyclist and his bike. However, he says he got through them with the support of his family. 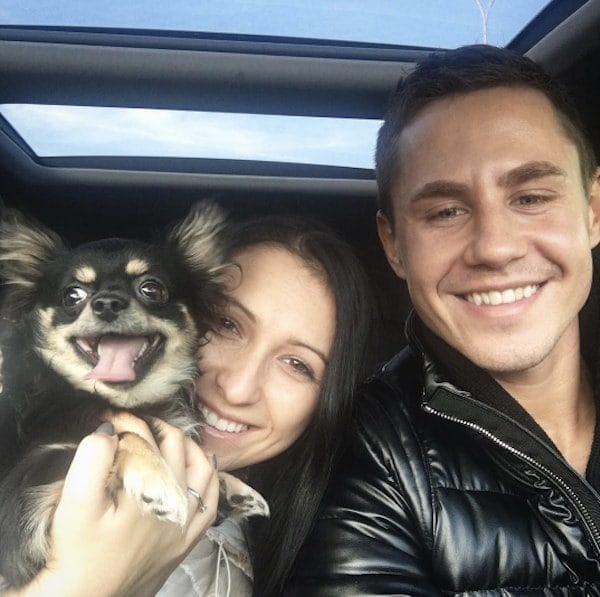 This is Paweł and his girlfriend Viola. Like the thousands of strangers online, the cyclist’s girlfriend supports and encourages her boyfriend.

Many commenters, like this one, wrote about how much respect they have for what Paweł and the other cyclists must go through during the Tour de France.

Like the previous commenter, most of the 3,000 comments are in awe over how a human can ride their bike thousands of miles.