The young boy featured in a 1997 “Toys for Tots” TV spot is probably in his mid-20s now, and the strapping Marine whose gaze never wavered but whose hand reached out may well be retired. 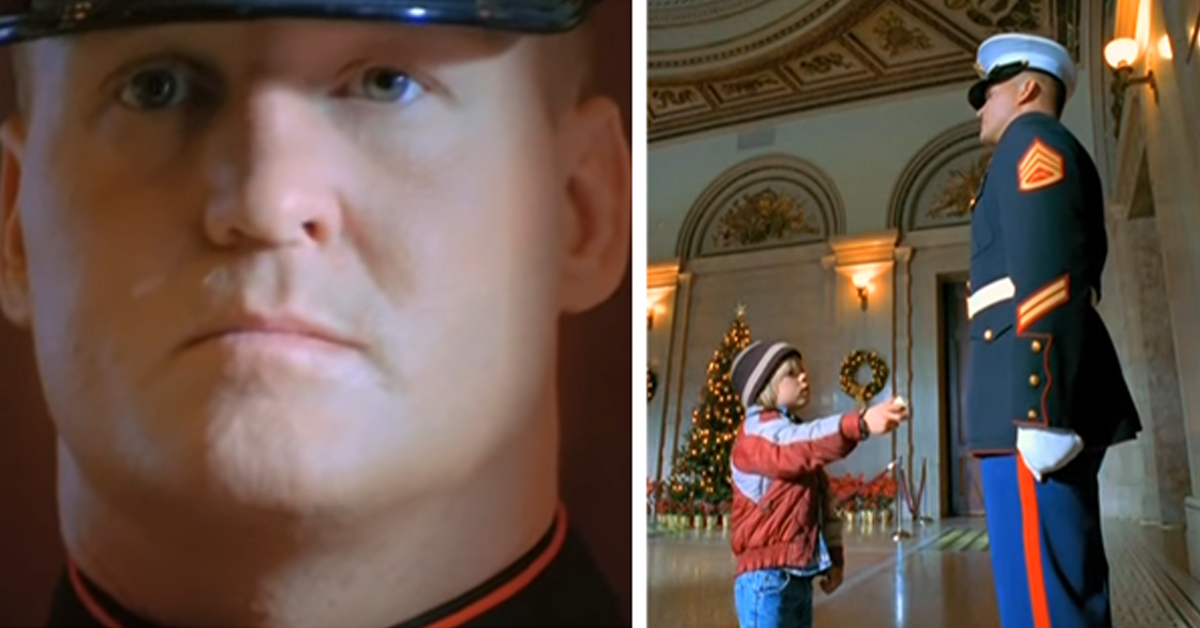 But just like the Charlie Brown Christmas Special, the Budweiser 9/11 spot, and “The Wizard of Oz,” some television creations are so good, they just come back year after year, even for decades. This one just happened to be made by the United States Marine Corps to promote its famous toy drive for underprivileged kids nationwide.

You’ll likely remember the spot when you see it. It’s simple, and gets to the point, with a patriotic heart-tug to finish it out. A young boy approaches a stalwart Marine guard in what appears to be some kind of official building, like the Capitol. He stares up at the unmoving Marine and asks if he’s Santa Claus, but the Marine doesn’t even blink.

The boy remains awe-stricken, and pulls out a list of desired Christmas toys. Without moving any other muscle, the Marine quietly opens his left palm to take the list, and the boy’s jaw drops. He is convinced he’s seen the real Santa Claus, and walks off in amazement and hope.

While the classic video is almost two decades old, the actual Toys for Tots program itself dates back almost 70 years, to 1947. A Marine Corps major came up with the idea, and its goals have remained unchanged: to gather new and unwrapped gifts that are appropriate for kids up to age 12. Toys are collected at thousands of sites across the country throughout the fall and holiday season, and then are handed out to kids who otherwise might get nothing in towns and cities across America.

Many millions of toys are gathered and distributed, but Toys for Tots now also has a massive fundraising arm. In 2015, the organization raised $273 million, its second-highest grossing year ever. It’s not clear if that cash is distributed directly to help communities by toys for kids, or if it’s used to purchase those gifts and give them out, but either way, the Marines continue to run this all-American organization that has brought as much joy to the givers as the receivers over the many years it’s been in existence.

And the classic video promotion has been viewed millions of times on You Tube now, besides its annual television revival.