Home
Humanity
&
Places
They Thought This Was Just An Old Deserted Train Car, But They Are Stunned To See This Inside…

Izaak Walton Inn is located in Essex, Montana. It’s close to Glacier National Park,which was a booming town in 1939. There were two main entrances to the park via the Great Northern Railway. Because they knew that tourists would soon be visiting, along with an influx in rail workers, the Izaak Walton Inn opened its doors. The hotel offered modern details in each of their 29 rooms. It also had 10 bathrooms, a lobby, a dining room, and a kitchen with a 2-ton stove! As they were about to build a third entrance into Glacier National Park, the United States went to fight World War II and then there was the bombing of Pearl Harbor in 1941. They decided to put the new park entrance on hold, and nothing was ever made of it. The Inn became vacant, but they continued to operate on a much smaller scale. Luckily for them, this made the Inn very successful. Known for its warm staff and cozy rooms, the Inn attracted outdoor enthusiasts, along with skiers. They enjoyed the peacefulness of the hotel, and because of this the Izaak Walton Inn became one of Montana’s best recreational secrets. The hotel is still thriving, but they added a few unusual offerings to their reservation menu. 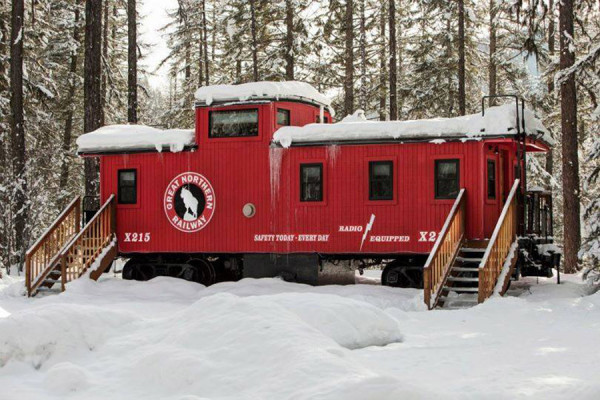 This is the caboose of one of the trains that would go through Essex, Montana. It was owned and operated by the Great Northern Railway. And while it looks like a caboose that may have been remodeled as a tourist attraction, it’s actually so much more. 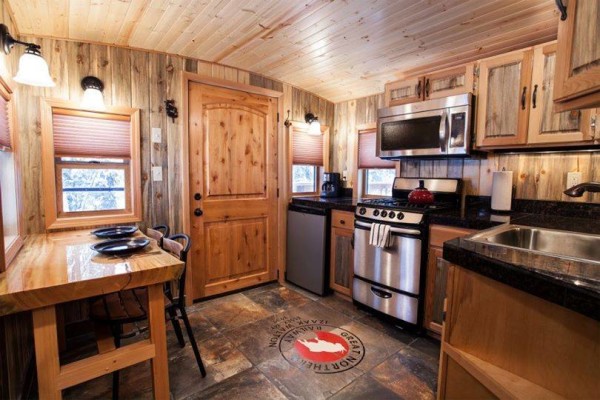 They have turned it into a beautiful caboose rental where guests can stay while on vacation. This particular caboose is able to sleep up to six people. It definitely doesn’t look like a train caboose on the inside. 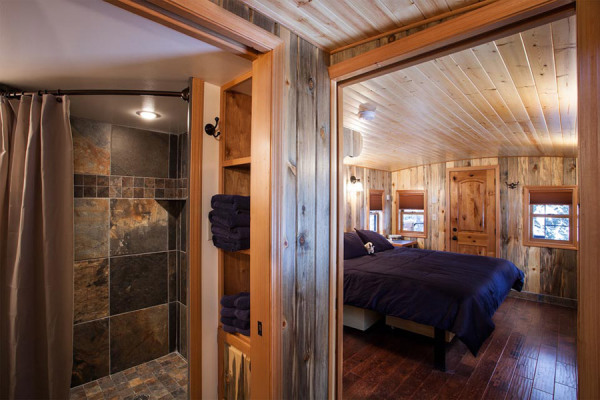 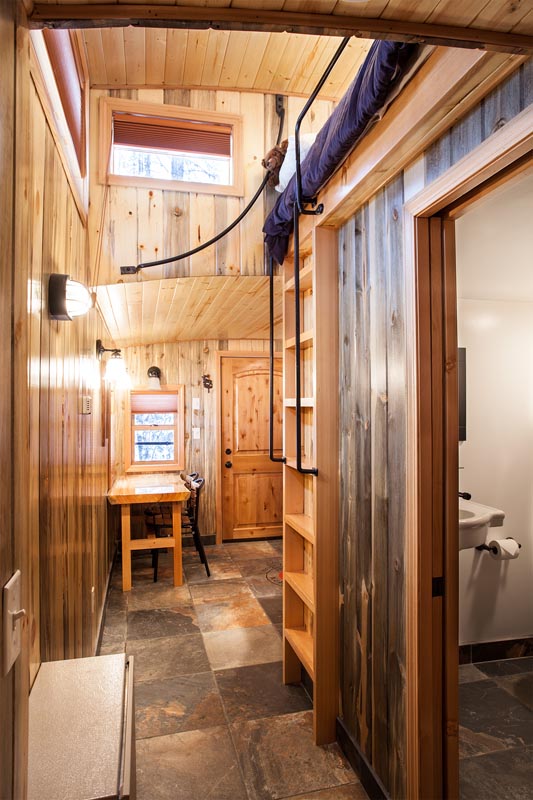 Because of the size of the caboose, they had to move it by using a crane to get it into the perfect position. 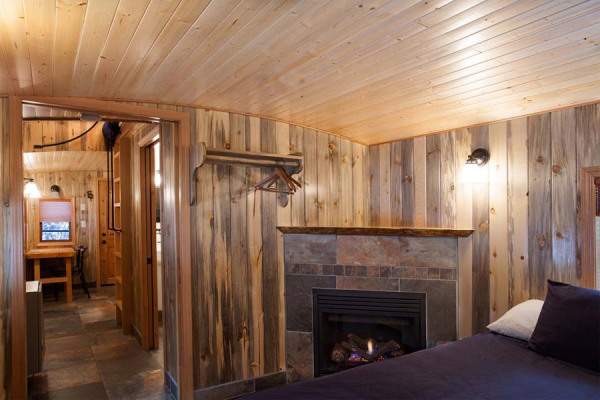 “We get a lot of rail fans here who just go crazy over the trains,” said Elise Wright, the general manager of the Izaak Walton Inn.

This is not the only renovated train car on the property though. A lot of train buffs are attracted to this hotel because of all the history it has to offer. 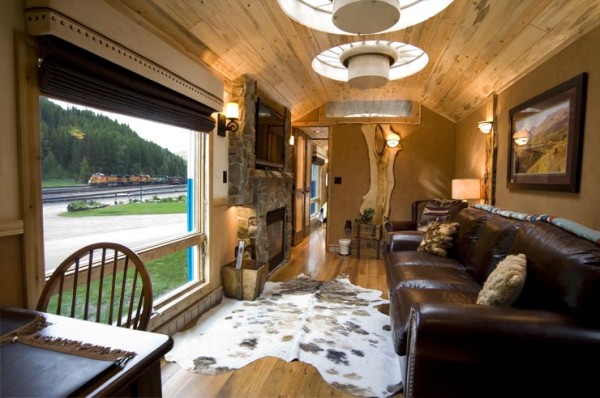 This train car turned suite offers a fantastic view of the passing trains that are now functioning again. 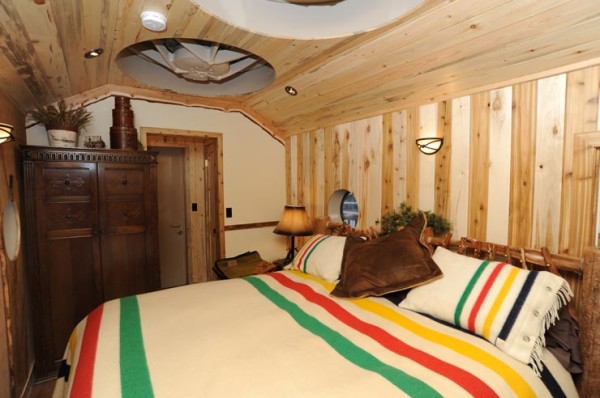 In each train car, they focused on every detail possible. The birch walls seen above help accent the 400-year-old reclaimed oak floor. 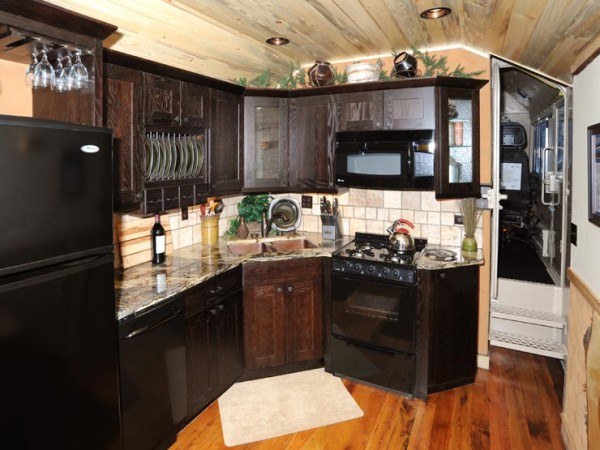 This is one of the larger train cars available to rent. It can hold up to two couples or a small family. After you’re done fishing in Glacier National Park, imagine preparing your daily catch here. 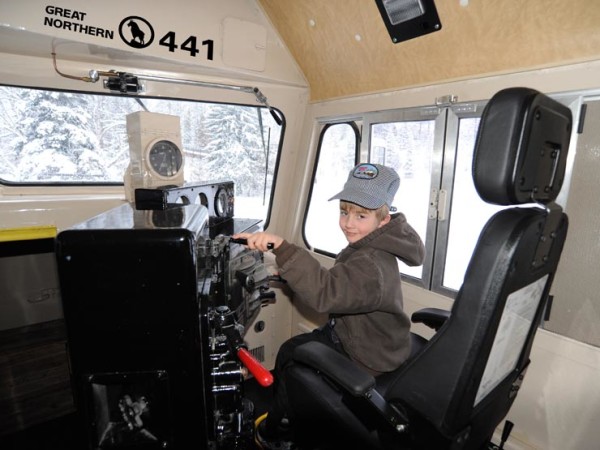 With some of the renovated train cars, they did try to keep as many of the original parts as possible. This is the conductor’s locomotive, as you can tell by the captain’s chair and controls. “Kids love the train cars, too,” Wright said. 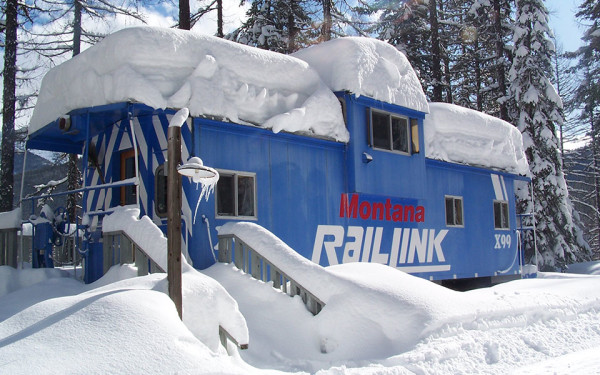 They have a few different train cars that have been converted as well like the JJ, Green, and Orange cabooses.

Even though Essex doesn’t have the same train traffic they did in 1939, they do get to see an occasional Amtrak train which will stop only if there are passengers waiting. 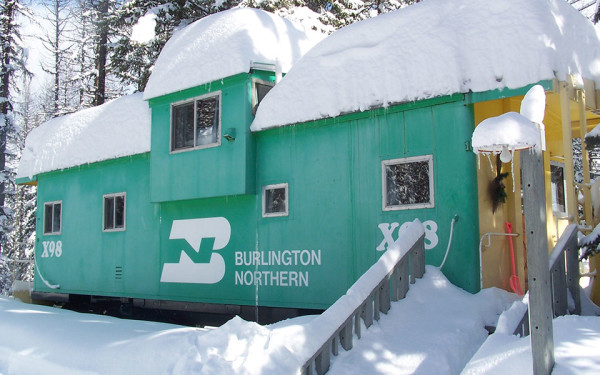 Even though they never completed the third entrance to Glacier National Park, the town of Essex is still very important for the train traffic that does come through. BNSF Railway Company still has trains that use the tracks through Essex and they’ll occasionally need the help of helper engines which help push the heavy loads over Marias Pass.

The Izaak Walton Inn really looks like a fun place to visit on a vacation. You’ll be surrounded by lush landscape and be within a close distance to Glacier National Park where you can hike, fish, or even take a tour on one of their large tourist boats that can carry up to 80 passengers around the larger lakes. And if you are a fan of trains and their train cars, this may be the perfect vacation for you. You can still rent rooms and cabins at the Izaak Walton Inn, making it a vacation the whole family will love.