Home
Humanity
Their Children Are Both Autistic And Did Not Handle New Experiences Well At The Airport.

“My wife and I and our two sons at 6 and 4 traveled through the airport on Friday 7th of July on our way back to Norway after visiting family. We regularly travel through Aberdeen airport as we’ve been living abroad for nearly four years now. Both our children are autistic, and our oldest’s autism is severe, and he also has other severe learning difficulties. Public places, queues, back ground noise and the hassle of traveling can be extremely difficult for him to handle and can often result in severe autistic meltdowns and intense self-harming.

When we arrived at the airport, he was a bit distressed at the desk, and the lassie behind the desk did her best and asked him if he wanted to push the button that took the bags away. We mentioned he was autistic and had other learning disabilities and that he is nonverbal and has next to no understanding of language. She offered us assistance, but we declined as we’d hoped things would be okay once he was on the move again. We got to security which was slightly busy and as we approached the rollers where the tray run along he could not cope any more and had a very intense meltdown.

My wife and I did our best to calm him down and stop him from hurting himself whilst still trying to keep an eye on his little brother and keep putting our things up on the security belts. We said to the lady at security he was autistic as we were aware we were holding up everyone. We were amazed at what happened next. The lady working at security told all of her colleagues at security to stop rolling all the bags going through X-ray to stop the noise and called over a couple more of her colleagues to assist us.

They took my wife and oldest son through the metal detector and into a quiet room so our oldest son could calm down and have some peace and quiet and they also helped me with the bags and everything else that had to go through security and even had a laugh and a joke with our youngest son getting him through the metal detector as a way of keeping him occupied. Then they helped me with the bags at the other end and showed me to where my wife and oldest son was and told us to take as long as we needed in the room.

Our oldest calmed down after 5 minutes, and after that, to him, it was as if nothing had happened. Typical! We sat down and got the kids some juice and something to eat at the Globe restaurant whilst we waited to board. We went to the gate, and the lassie there told us her colleague from the check in desk had informed her our children had autism and offered us the option of boarding first or last. We usually wait until last but our oldest was exhausted after his ordeal, and we were worried he might become agitated again.

She checked our boarding passes and passports and sent us down the corridor to another lassie who was waiting to open the doors once she had radio confirmation that the plane was ready. She was also very helpful and was great with the kids and by coincidence had worked with autistic teenagers previously. We boarded the plane and got the kids comfortable, and our oldest fell asleep soon after take off.

My wife and I would like to pass on our sincerest gratitude to all the staff at Aberdeen airport for everything they did on Friday afternoon for us and the kids. Without them, we don’t think we would have been able to fly that day. Seriously Aberdeen Airport, FANTASTIC! We cannot believe the efforts your staff went to and kindness they showed. Well done to you all for recognizing invisible disabilities! 5 STARS!!!!! 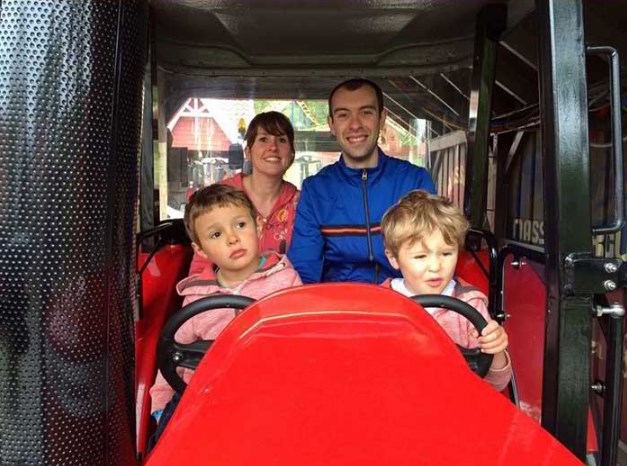