Three owner–operators have used their big rigs to help rescue over 1, 000 people and animals from Hurricane Harvey floodwaters.

It happened over a span of a few days, beginning on Monday, August 28th, when the Katy Texas Fire Department called for help in rescuing stranded citizens.

According to Nick Sheridan, he drove his big rig nearly 200 miles from his home in Dawson, Texas to provide assistance to the people and animals displaced by Hurricane Harvey.

Sheridan, who has served in the military in the past, says that he’s always been drawn to civil service roles. 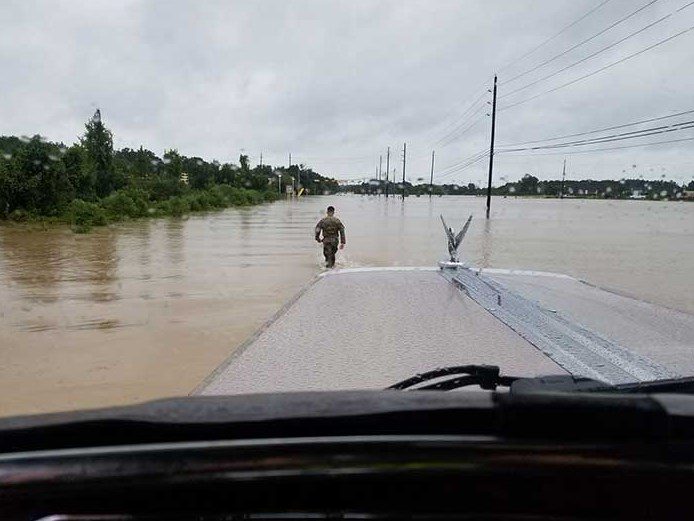 “Being on my own gave me the ability to go where they needed me rather than be stationed to go direct traffic on a street corner or something like that,” Sheridan said.

“I was really able to put my equipment to use here being a freelance rescuer.” 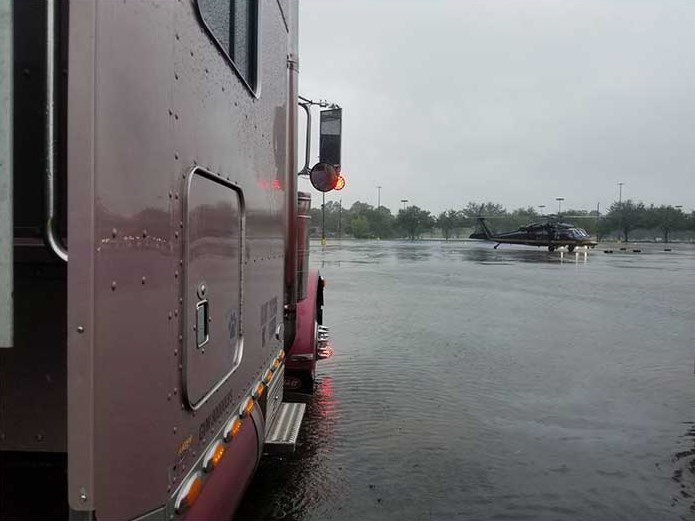 Sheridan, who had the help of two other owner – operators, had rescued over 1, 000 people and animals from flooded parts of the Houston Metro area.

“We worked together. We drove through the streets in teams so that if one of us got stuck, we had each other to keep moving because you can’t see where the gullies are,” Sheridan said.

“One of the tractor trailers went into one [gully] and almost rolled over, so I used the front of my truck to pull him out of the gully . . . it’s tough.” 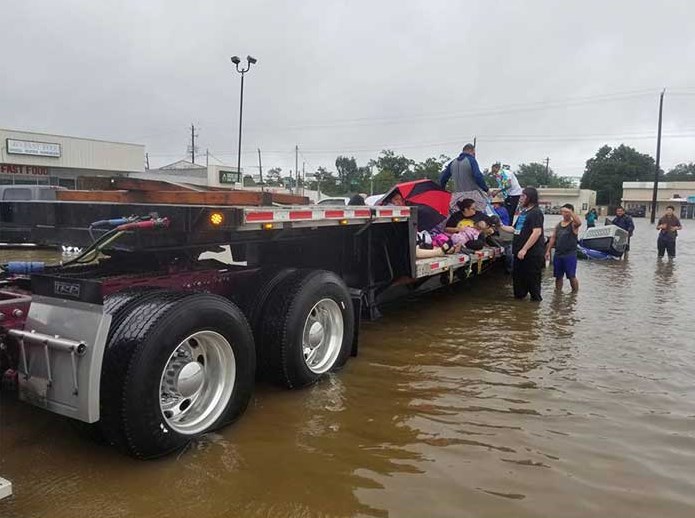 Not only did the trucks drive through high waters to reach stranded people, but they waited on the outskirts of very deep water to transport the people and animals rescued by boat to safety.

Together, the three flatbed trucks rescued more than 1,000 people and 50 dogs, two of which Sheridan adopted himself.

“It’s been something I hope I never experience again just because It’s hard to see,” Sheridan added.

As of 6:00 p.m on Wednesday, August 30th, Sheridan was still rescuing people.

Check out a clip of Sheridan’s interview with Good Morning America.