Home
In The News
Mom Leaves Kids At The Park And Never Comes Back, So The Kids Start Walking

Imagine being just nine years old, in charge of your two-year-old sister after your mother leaves you together in a park in a not-very-good hood. As the sun sets and Mom is nowhere to be seen, the fear and concern must be overwhelming. On top of which, you have no jackets, and once the sun goes down, the chill in the air starts getting to you. 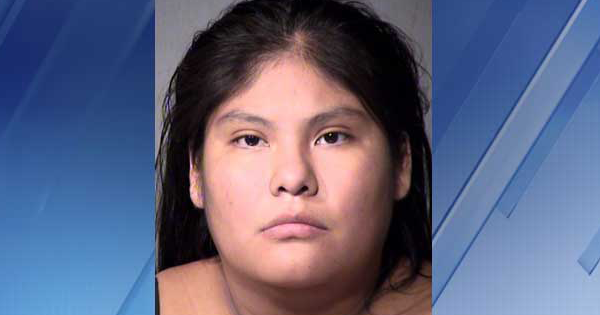 Such was the case for the daughters of 23-year-old Valerie Hazel Carlisle, who mysteriously told her kids to stay put and then never returned for them. Whether she intended to come back, or simply walked off to get drunk, was unclear to law enforcement when it responded to a call from the mother’s boyfriend’s grandfather, with whom the girls had apparently been living for a while.

After a long walk from the park huddled together against the chill, the girls finally found their way back to Adrian Joaquin’s apartment, the aforementioned grandfather of their mother’s boyfriend. They were lucky to have found their way home unscathed, as the neighborhood in which the park was located was frequented by drug addicts and hookers.

When she was later located by cops in Phoenix, Carlisle was drunk and taken into custody. She offered no explanation for her behavior.