Erick Scott seems like the perfect husband and father, but he’s more than that, he’s also a veteran. Like most of our brave veterans, Erick struggled with Post Traumatic Stress Disorder.  It nearly ruined his life, until Gumbo came along.

Erick Scott might look like any other man with tattoos.  But each of his tattoos tell a different story. The tattoo on his right forearm, a skull and empty combat boots, are a memorial of his time in Iraq, and a soldier’s cross to remember fallen comrades.

After 16 years in the army and national guard, Erick Scott finally went home for good, but the battle wasn’t over.

Erick’s father, the person he respected most, told him something that would stick with Erick for years:

“Son, you’ve got eleven guys, he said make sure you bring them all back,” Erick said in his interview. “That’s the last thing he [Erick’s father] told me, and they didn’t all come back.” 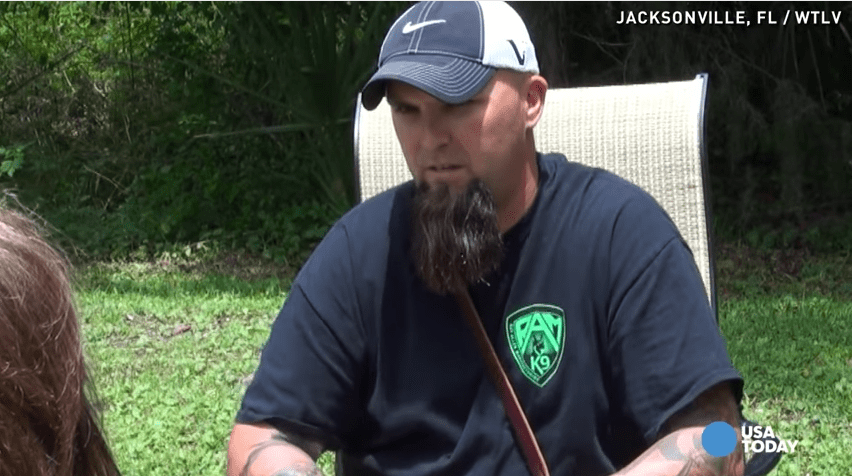 Once he returned to the United States, Erick began dealing with survivor’s guilt over the loss of his friends and comrades. Nightmares began to plague Erick’s life, haunting his nights with memories of Iraq and the war.

“I woke up numerous times, hitting my wife for her just laying there or just in a cold sweat,” Erick said about his night terrors. The nightmares would get so bad that Erick would cold-sweat through his sheets during the night.

Erick refused to take medication and with his PTSD only getting worse, Erick felt trapped without any other options.   That was until he heard about K9s For Warriors. 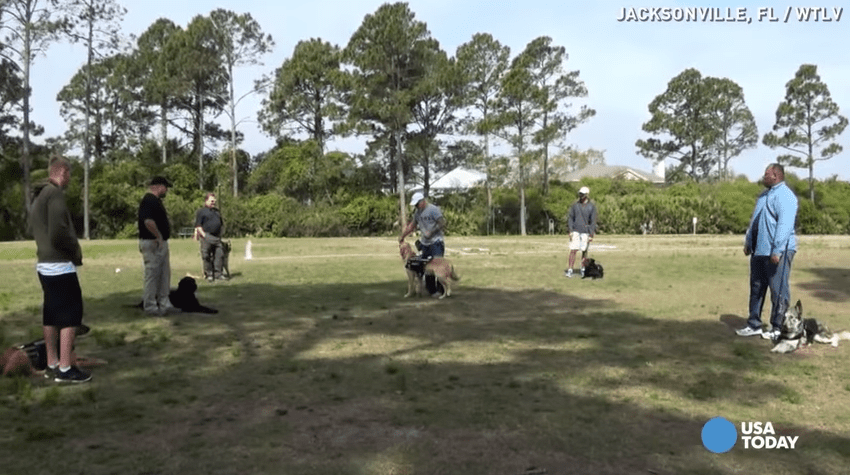 K9s For Warriors is an east-coast based charity that helps veterans get service dogs. Each dog is custom trained for every warrior, whether they are fighting PTSD, have suffered a physical or mental injury out on the field, or are survivors of any sexual trauma resulting from military service.

Erick was paired with Gumbo, a gentle black lab who sensed Erick’s distress even before the onset of an episode to give him the assurance he needs.

Even during his interview, Gumbo is still watching out for Erick. Once Erick begins talking about his first diagnosis with PTSD, Gumbo can sense his agitation and quickly inserts himself. You can see Erick visible relaxes while petting Gumbo.

Dogs can be so much more than man’s best friend. If you’re a veteran struggling with PTSD or if you know someone who needs help, be sure to check out the K9s For Warriors. 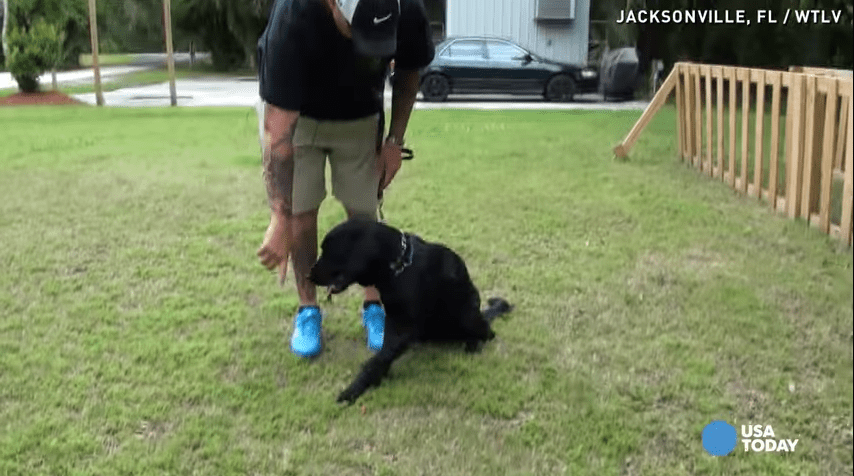 To view this whole story, check out the video below.