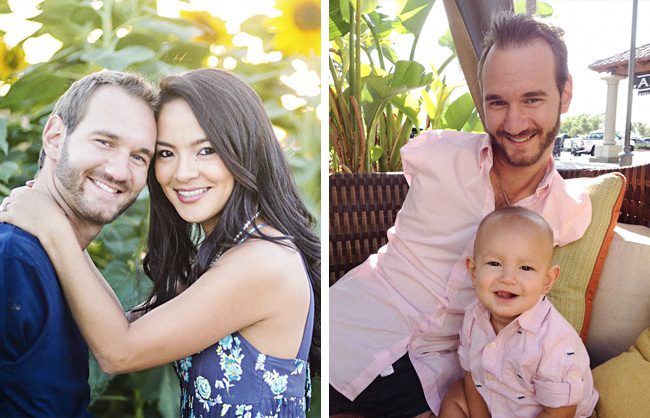 Living without arms and legs, this man and his incredible spirit didn’t get depressed. Moreover, he has become unique proof that in any situation — even in the most difficult ones — you can find yourself and become a happy person. Nick plays golf, surfs, travels around the world, gives motivational speeches, and recently he became a father for the second time. When children on the street ask what happened to him, he confidently answers: ’’It’s because of cigarettes!’’ 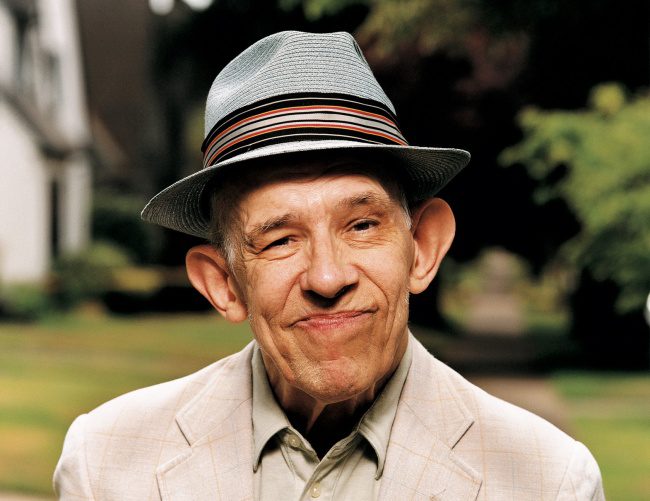 When you have a goal and, more importantly, a desire to achieve it, disease won’t be an obstacle for you. Even though Bill Porter has cerebral palsy, he wanted to work in sales. He achieved his goal, and later he became one of the best salesmen in America. The movie ’Door to Door’ is dedicated to his spirit, and it’s recommended for those who think something will hold them back from achieving a desired career. 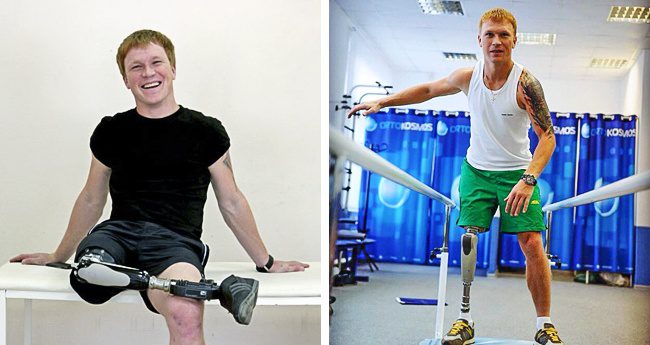 There’s nothing worse for a dancer than to lose the ability to dance. What’s a professional dancer to do when he loses a leg in a traffic accident? Go on dancing! That’s exactly what Evgeny Smirnov, Russian break dance champion, did, despite the fact that he had to learn to dance again. His performance on a dance show became a great example of not only the human spirit, but also the fact that you can dance incredibly cool even without a leg.

Look at this charming and beautiful girl. Even though she’s only 20, Olesya Vladykina has suffered a lot: an accident in Thailand took not only her left hand, but also her close friend. The moment changed the girl’s life, but she didn’t give up. After the accident, she took part in the Paralympic Games twice, having won first place and having set a world record. By the way, she refused a prosthesis (it’s ’awfully uncomfortable,’ she said) and does everything perfectly with one hand. 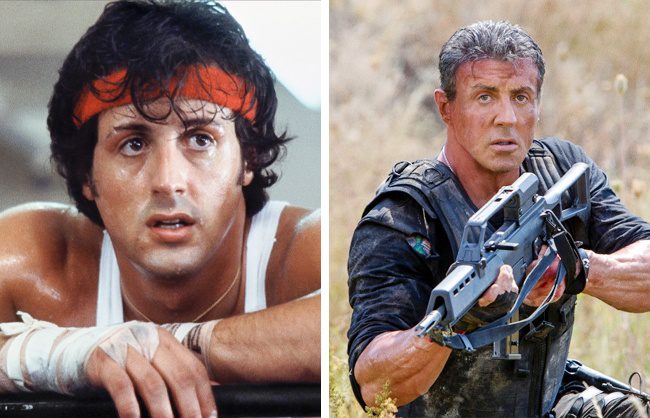 Do you think you have to look like an ideal beauty to become a great actor? God forbid you’re less than perfect. You’re wrong! And if you don’t believe us, you haven’t heard about Sylvester Stallone. As a result of birth trauma, the lower left side of his face is paralyzed, and his mouth is slightly crooked, and his tongue is partly paralyzed too (that’s why he has a little bit slurred speech). Now answer just one question: did it really stopped him from becoming one of the greatest actors of our time? 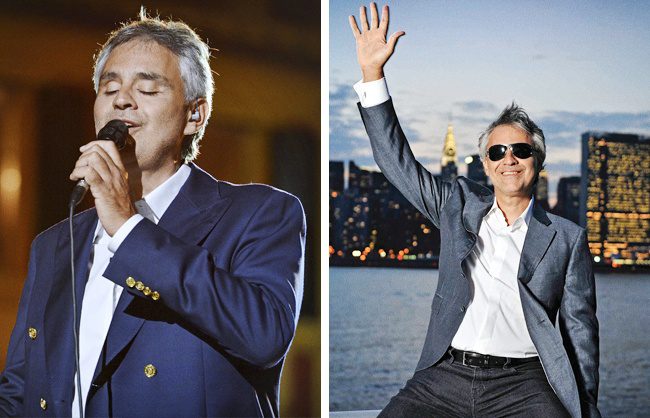 Blindness deprives a person of the ability to see the world, but not to feel it. Perhaps this helps Italian Andrea Bocelli, a popular blind classical singer, to share fascinating and inspiring energy with the audience through his songs. Andrea Bocelli is the father of three children, and he recently got remarried. He enjoys his life. As he says, even if he’s deprived of the ability to look at the world, he still can see it with his heart. 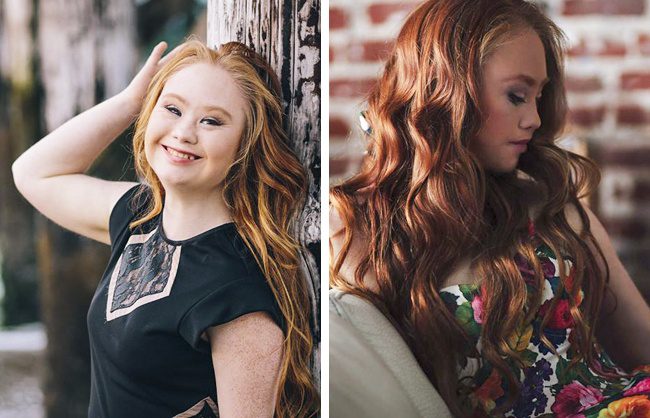 When you have a dream, even a handicap can’t stop you from achieving it. Madeline Stuart, who was born with Down Syndrome, wanted to walk the runway as a model. And she did it! Of course, it took some time; the girl started sports and lost 44 pounds, then she tried for a long time to get into modeling agencies, which weren’t sold right away on a girl with Down Syndrome. But Madeline achieved her goal: she signed a major contract with the brand ’Manifesta,’ representing sports clothing for women of all shapes and sizes. Recently, she appeared at New York Fashion Week. Dreams really do come true! 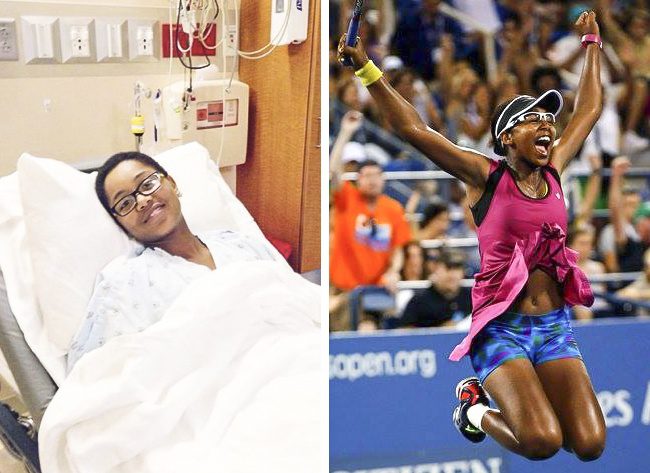 An athlete is always an athlete. Twenty-year-old American tennis player Victoria Duval, who overcame Hodgkin’s lymphoma, proved that. She continued her training, and she has already performed successfully at one of the largest tennis Grand Slam tournaments. But it seems to us that Victoria has already won the biggest fight of her life. 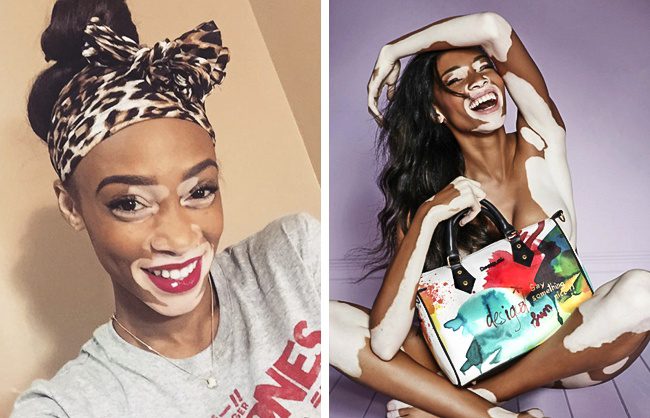 The beauty of this model is really unusual. When she was a child, Chantelle found out that she had a lack of skin pigmentation throughout the body, which is called ’vitiligo.’ Having an excellent body and beautiful facial features, she decided to turn this disadvantage into her advantage; as a result, now she is a well-known model. ’There are dark-skinned and white-skinned people, and I perfectly fit both categories,’ Chantelle said. A mother of two children, she was the winner of an Italian beauty contest among wheelchair users called ’Vertical.’ She’s a social activist who wants to make the environment more comfortable for people in wheelchairs. She’s a person who enjoys her life and still has a lot of plans. This woman, with her incredible spirit and endless optimism, is a bright example that you can overcome anything!