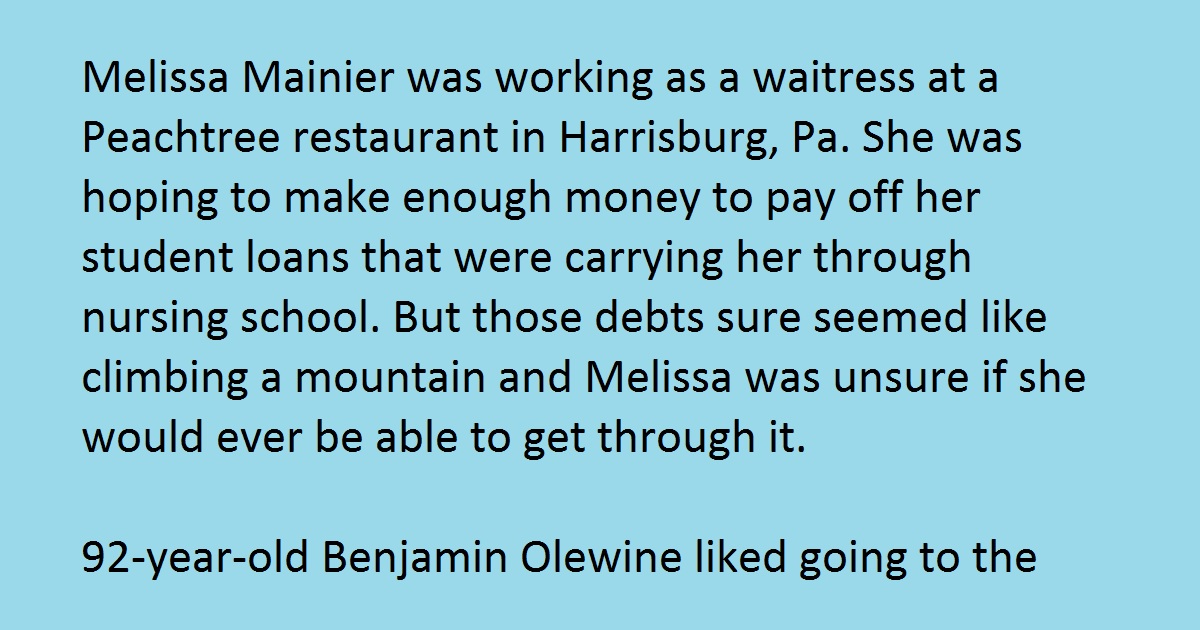 Melissa Mainier was working as a waitress at a Peachtree restaurant in Harrisburg, Pennsylvania. She was hoping to make enough money to pay off her student loans that were carrying her through nursing school. But those debts sure seemed like climbing a mountain and Melissa was unsure if she would ever be able to get through it. 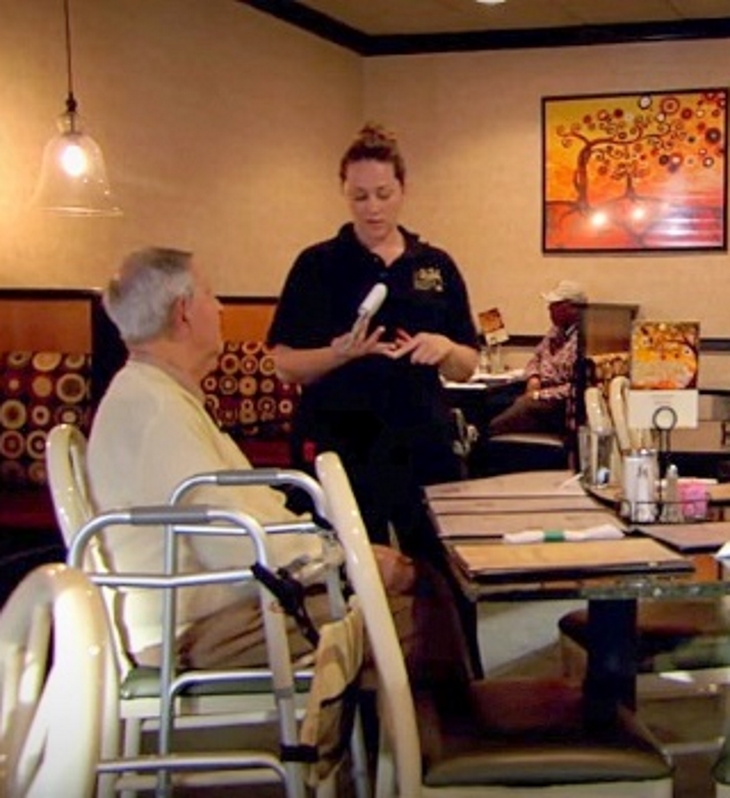 92-year-old Benjamin Olewine liked going to the Peachtree and he sure liked Melissa. Through their talks, he could see that she was a good person who wanted to make it in life as a good nurse. With his 92 years behind him, Benjamin had picked up a good business sense, and he was successful and many of his endeavors.

And he had made money… actually, millions. Now, he wanted to find ways to give back to the community and individuals who needed the help. Melissa happened to be one of those individuals he was looking at closely.

So one day, Benjamin was talking to Melissa when he told her something that would ease those burdens on her shoulders. He told her he wanted to pay for her tuition. 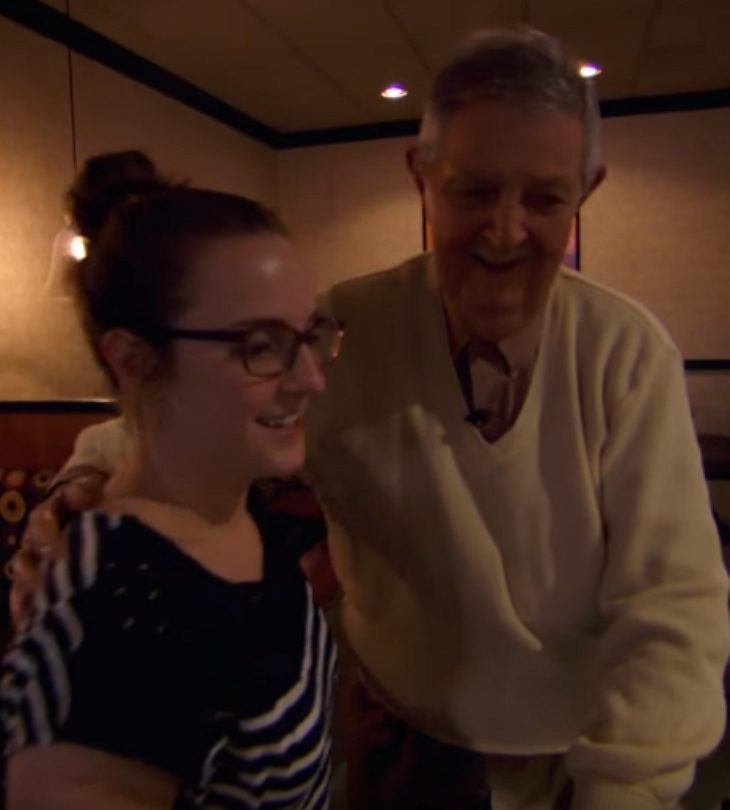 Melissa stood in disbelief. But it was something Benjamin was certain he wanted to help her with and it would be no problem for him. Through her schooling, Melissa even gained experience working at a hospital that was close to Benjamin’s heart.