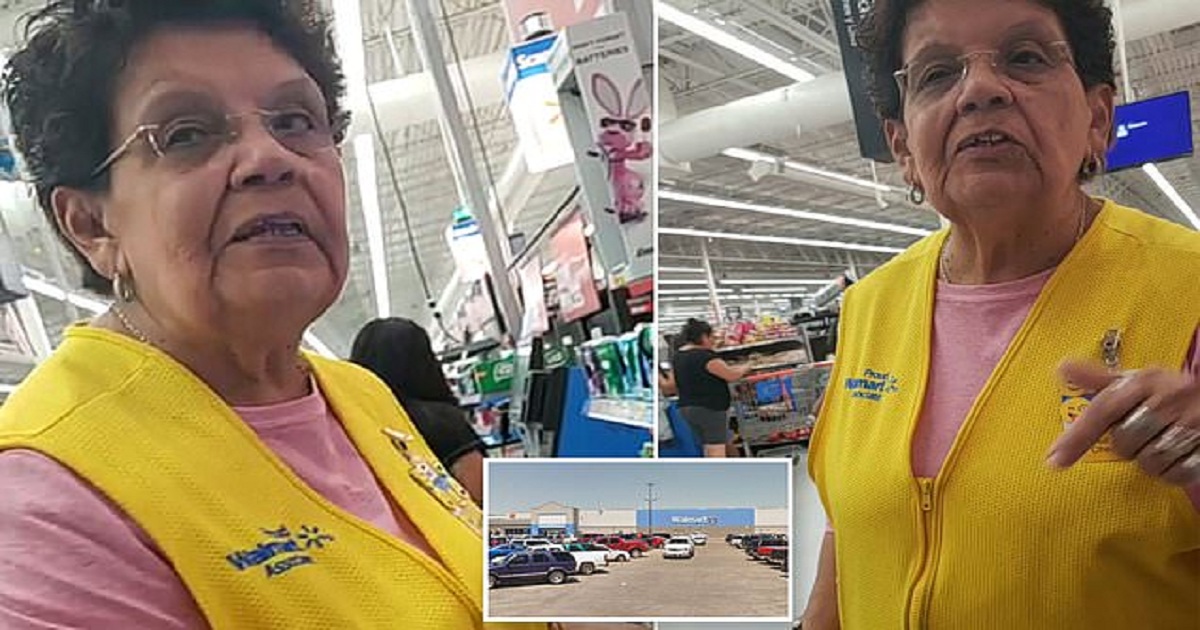 An El Salvador native living in Texas has shared a cellphone video on Facebook showing a Walmart employee chiding him in both English and Spanish for not speaking English.

Joel Aparcio, a father-of-two who owns a repair business in Houston, said he was shopping at the Walmart Supercenter on Sharver Street in Pasadena, Texas, on Sunday when he encountered a technical glitch while using a self-checkout machine.

A staffer named Cecilia came over to fix the problem, and Aparicio asked her if she spoke Spanish, to which she said ‘no.’

Cecilia was able to repair the machine and walked away, but before long it malfunctioned again.

When Cecilia returned, Aparicio told the Houston Chronicle that she said to him, in fluent Spanish, that he should not be in the US if he cannot speak English.

The man, who has lived in Houston for 13 years, then turned on the camera on his cell phone and began recording.

‘Is it obligatory to speak English then?’ he asks the elderly Walmart staffer.

‘Yes, because we’re in Texas,’ she replies in Spanish.

Aparicio counters by saying that ‘money is what matters’ and points out that he is not there for ‘freebies.’

As the interaction continues, Aparicio tells the bespectacled brunette that she doesn’t have ‘green eyes to only be speaking English,’ implying that she looks Hispanic.

‘I live in Texas so I speak English,’ she finally declares in accented English.

Since sharing his video on Sunday, it has been viewed more than 425,000 times and has drawn 4,400 comments, many of them siding with the Walmart worker.

Aparicio said he has received threats from some people claiming to be Cecilia’s relatives.

He shared an expletive-ridden private message he got from a man saying that the Walmart staffer is his grandmother.

A woman claiming to be Cecilia’s daughter also threatened physical violence against Aparicio, prompting him to contact the police.

According to the most recent census data, the city of Pasadena has a population of 153,000 people, of whom 65 percent are Hispanic.

In a statement to the Chronicle, Walmart said they were aware of the incident and were addressing it internally.