Many people dream of having their own pool. A little private oasis where you can escape the world and simply float under the sun, or a place where friends and family can gather for relaxation and fun.

But for most of us, our own pool is a lot easier imagined than made a reality.

And pools have their drawbacks, too. They take up a lot of space, they don’t always look great next to the landscaping, and then there’s the issue of all those chemicals you need to use to keep the water clean.

Luckily, the bright blue pool liner and heavy chlorine isn’t the only option when it comes to incorporating some soothing water into your home, especially if you’re willing to get a little creative.

Reddit user VonBubenberg shared the photos of the backyard’s transformation from plain grassy rectangle to magical private oasis, all thanks to their creative dad, who spearheaded the project.

What’s more, their pool was created using all-natural and eco-friendly filtering and cleaning systems, so no harsh chemicals had to be used.

Take a look at this incredible pool, and you’ll want to take a dip yourself! 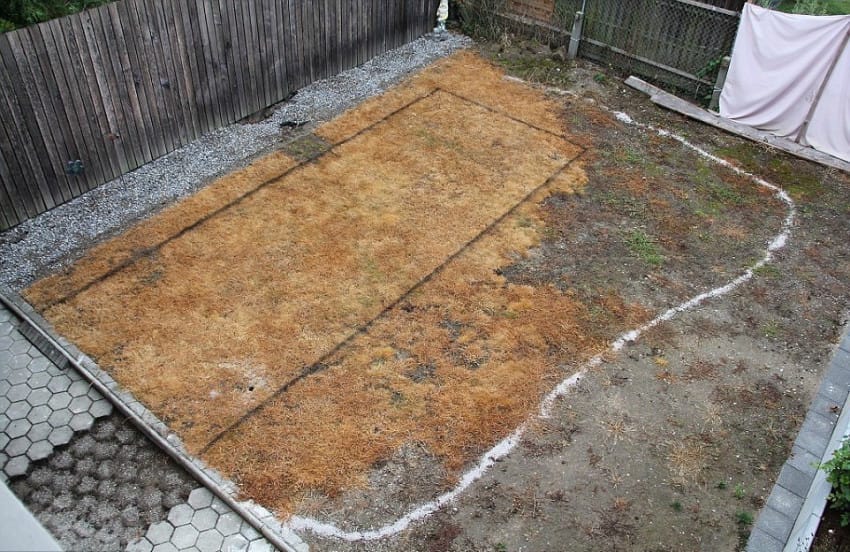 Back in 2011, when the project was started, the backyard didn’t look like much.

The first step was plotting out where the pool, which was designed to look like a natural pond, would go.

The black-outlined rectangle would be the deeper swimming area, while the curved white outline would be the edge of the wading pond.

If that seems confusing, don’t worry! It’ll all make sense in a moment. The next step was to excavate. There’s no going back from this step! 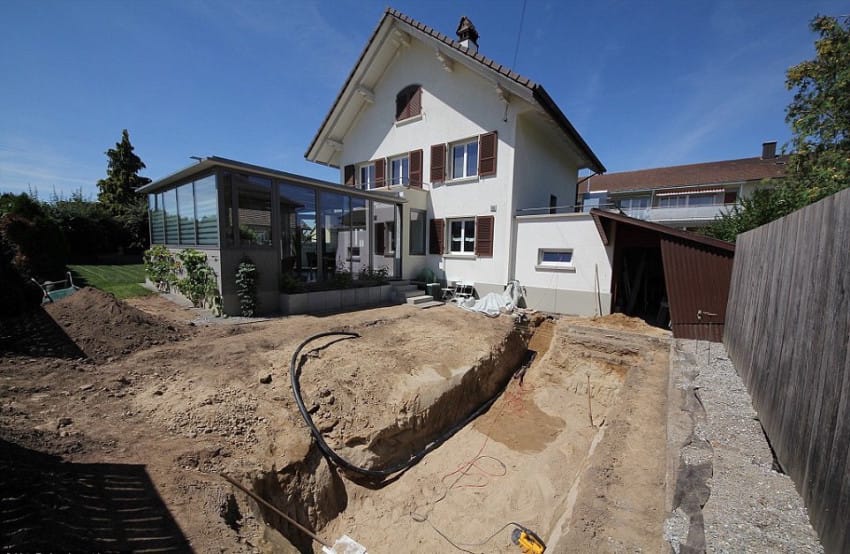 As the backyard was dug out, channels and piping were placed for the water to run through the filter system, which would be housed in the garage. 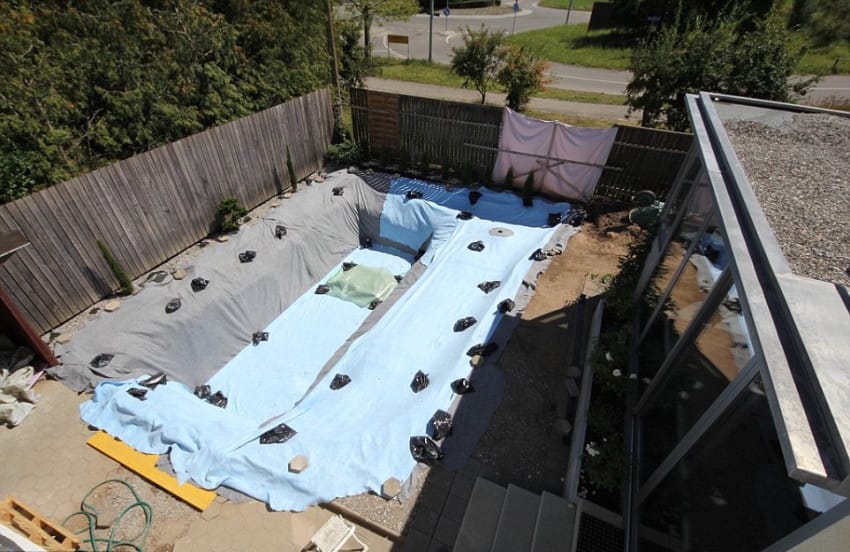 When the excavation was complete, the areas were lined with felt. As you can see, it takes up a large portion of this section of their yard. 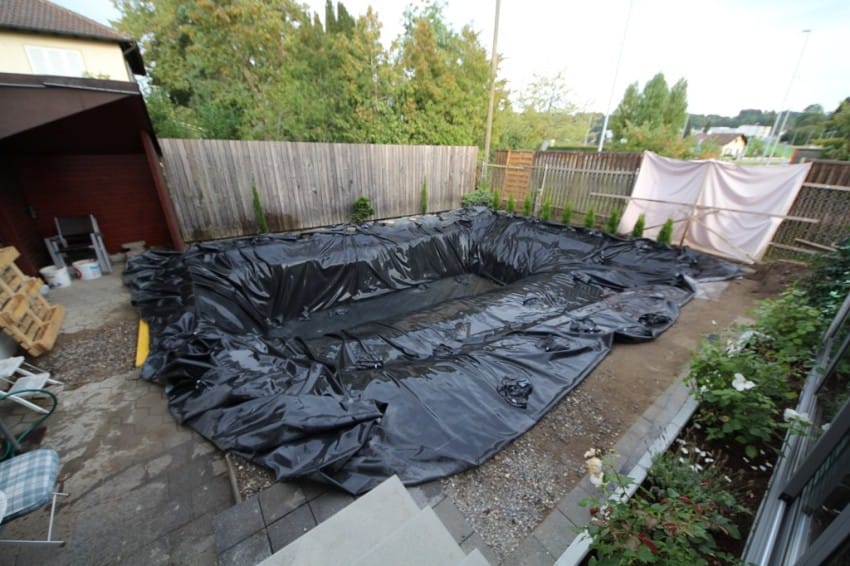 Next, a pond liner was laid over the top of the felt to keep the water from soaking into the ground. VonBubenberg’s father ordered his materials from Germany. 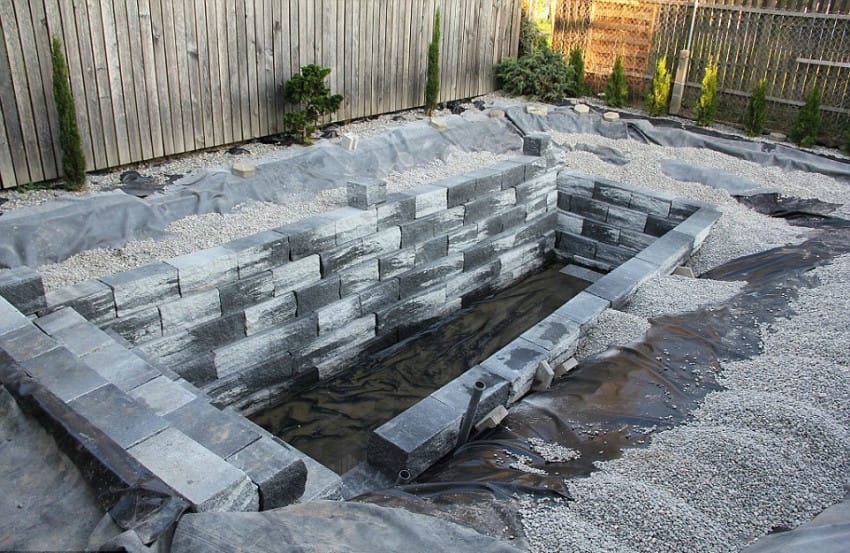 Next, it was time to fill in the pool with stones and gravel, which was no small task.

“We were five men and worked around eight hours to build the walls of the pond,” von Babenberg says. “We were tired to death by sunset.” 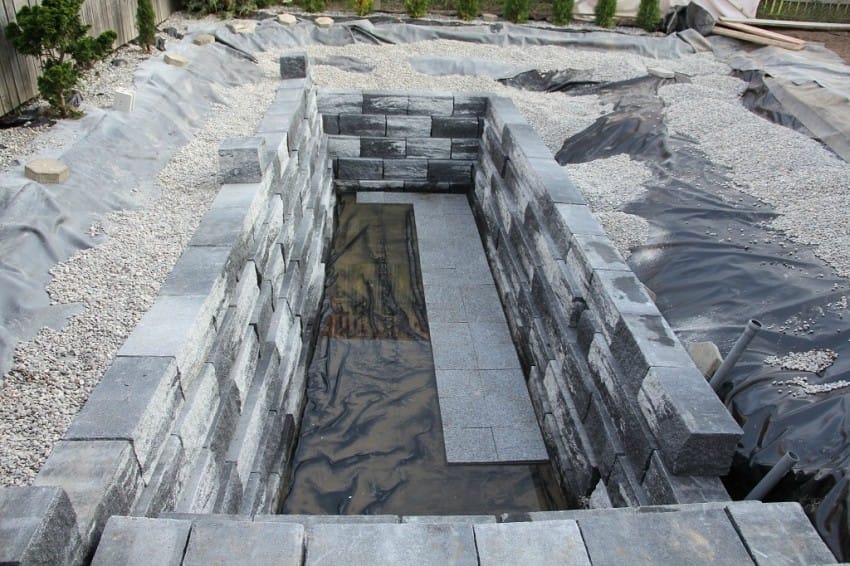 After the walls came to the floor. And then the pond was filled in. But it wouldn’t be just this narrow rectangle… Instead, the water was allowed to spill over the top of the walls, creating a natural-looking shallow pond where people can simply wade and cool their toes if they don’t want to jump into a pool. As you might imagine, this project took a very long time to complete — over a year, in fact — and so over the winter, construction had to pause.

That didn’t stop their adventurous cat from exploring the now-frozen pond, though. Instead of using a traditional water filtration system, the water for the swimming pond is filtered through these bins in the garage.

The water passes through a series of increasingly finer materials, from gravel to foam, until it’s pumped into the pond.

In addition, the water is treated with UV light and an eco-friendly chemical compound to inhibit bacteria and algae growth. Lights were also installed in the deeper pool. And some decorative driftwood, as well as a small fountain, was added. You can see the fountain on the far right.

Not only is the fountain pleasant, but it also keeps the water moving and prevents stagnation. 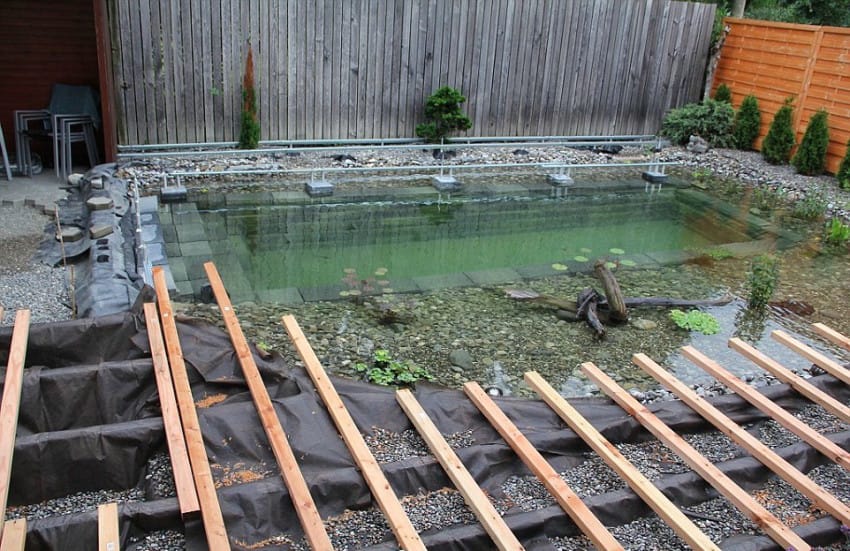 By spring 2012, some plants were beginning to call the pond home, and it was time to start phase two.

Because after all, it’s great to have a beautiful pond, but you need a place to sit and enjoy it! The next part of the backyard renovation was to build a wraparound deck that would let the family sit and gaze out over the water. The deck runs along three sides of the pond, so there are plenty of places to sit. It looks like an amazing place for a party, or just to spend time on a lazy summer day with a good book!