On September 23, 1988, Ernest and Anneke Robinson welcomed the birth of their son, Matthew Stanford Robinson.

Matthew was born with severe disabilities. Due to a lack of oxygen, he was blind and paralyzed from the neck down.

Doctors said Matthew would only live for a few hours. But with his and his family’s strength, support, and faith in God, Matthew lived to be 10-and-a-half years old.

When it came time to lay Matthew to rest in 1999, Ernest decided his gravestone should be something beautiful and unique. Something that would depict Matthew in his truest form, and would signify hope rather than grief.

Scroll down to see Matthew’s gravestone, and learn why it’s known as one of the most touching tombstones in the world… 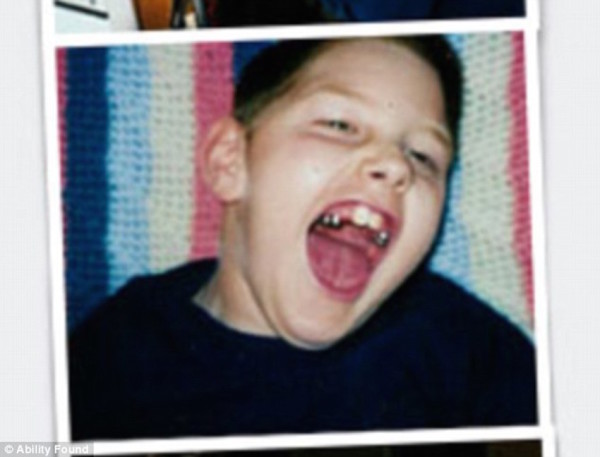 In 1988, Matthew Stanford Robinson was born blind and paralyzed from the neck down as the result of oxygen loss.

Doctors told his parents, Ernest and Anneke, that Matthew would only live for a few hours. 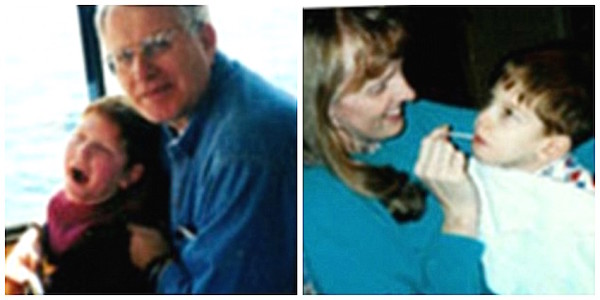 But Matthew surpassed the doctors’ expectations. He lived a life full of love and faith.

Though he could only speak a few words, Matthew continued to inspire his family and the entire community. 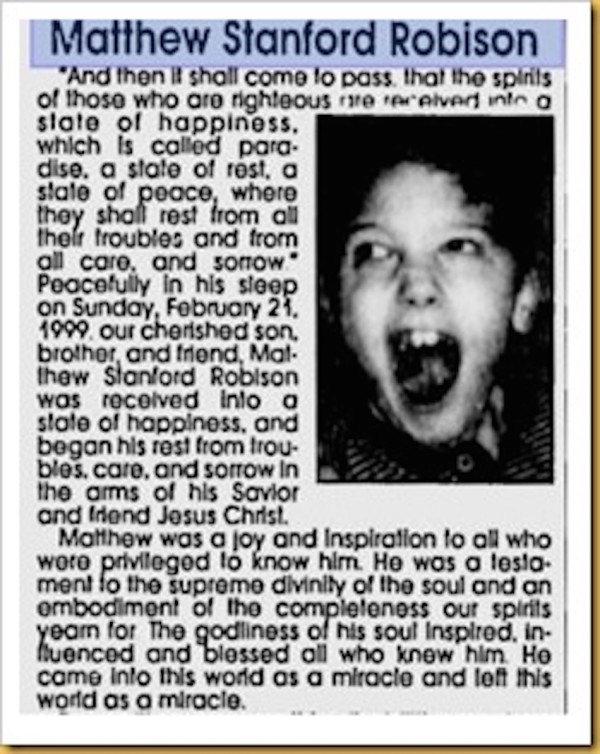 The church that held his funeral services was filled to capacity.

Matthew’s obituary included the following passage: “And then it shall come to pass, that the spirits of those who are righteous are received into a state of happiness, which is called paradise, a state of rest, a state of peace, where they shall rest from all their troubles and from all care, and sorrow.” 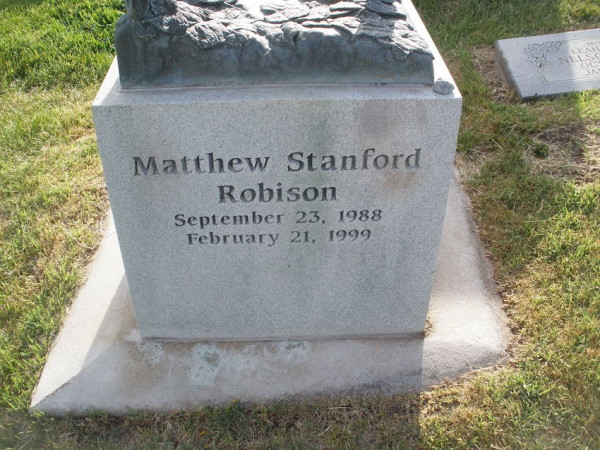 In 2000, Ernest decided to build a tombstone in memory of his son at the Salt Lake City Cemetery. He wanted to create something different and unique, and use the grave plot to its fullest and most beautiful potential.

The base of the gravestone has a simple and traditional inscription. 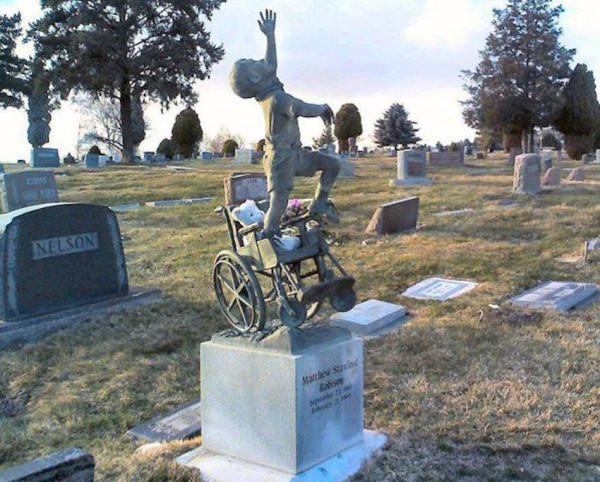 But the top of the gravestone is a breathtaking sculpture of a boy rising from his wheelchair and reaching up to the sky.

Matthew is depicted as “free of his earthly burdens.” The tombstone became a place of hope, as opposed to one of sadness and grief.

Matthew’s statue, which has been visited by millions of people from all over the world, evokes a sense of happiness. 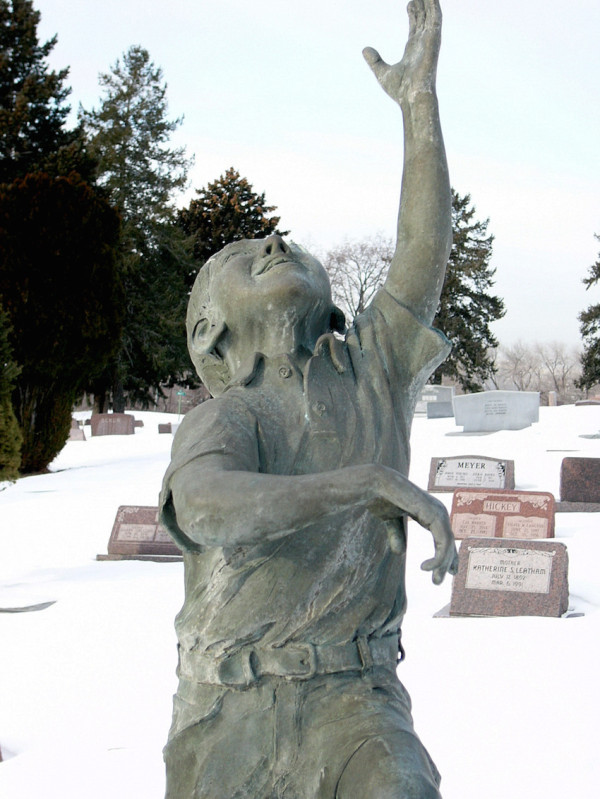 Enjoy Utah! says: “One day while driving around doing research at the Salt Lake City Cemetery, I spotted this beautiful headstone and memorial. It immediately brought tears to my eyes, and continues to every time I visit it. Never before had I come across such a touching statue that tells so much just at first glance.

“This quickly became my favorite place to drive past in the cemetery, and I added it to the list of graves to visit on my Salt Lake City Cemetery Tour. It speaks volumes about how in this life we may have to suffer through hardships and trials, but when we pass to the other side, our spirits are free from those earthly disabilities.” Inspired by their son, Ernest and Anneke established a charity, Ability Found, in 2000. 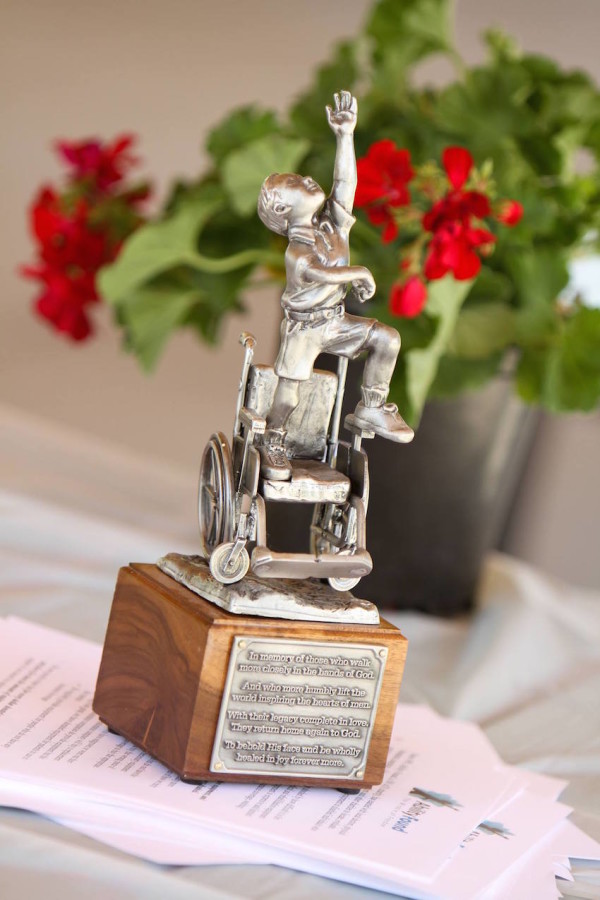 Helping others allows Ernest and Anneke to honor Matthew’s incredible contribution to their lives.