When Fox News host Laura Ingraham belittled LeBron James’ recent criticisms of President Donald Trump in a segment on her show, “The Ingraham Angle,” athletes from two pro sports leagues fired back at James’ friend, Dwyane Wade. He was the latest to come to his former teammate’s defense, suggesting Ingraham’s charge to the NBA star to “shut up and dribble” showed her true colors.

“They use to try and hide it… now the president has given everyone the courage to live their truths,” Wade tweeted Friday morning, in response to a clip of Ingraham’s diatribe.

Ingraham, a Republican and Trump supporter, was offended by a video published on James’ multimedia platform, ‘Uninterrupted,’ in which the Cavaliers star and the Warriors’ Kevin Durant take shots at Trump’s leadership in a car ride with ESPN anchor Cari Champion.

Ingraham pointed to James’ limited schooling as the reason for him being undeserving of sharing his political opinions, such as saying Trump doesn’t “give an f–k about people.” James was drafted by the NBA as a 19-year-old high school graduate in 2003 before the league changed the rule so prospects had to complete at least one year of college before becoming eligible.

“Must they run their mouths like that?” Ingraham asked, using a generalized pronoun that critics considered racist since James, Durant, and Champion are all blacks. “Unfortunately, a lot of kids — and some adults — take these ignorant comments seriously. Look, there might be a cautionary lesson in LeBron for kids: This is what happens when you attempt to leave high school a year early to join the NBA. And it’s always unwise to seek political advice from someone who gets paid a hundred million dollars a year to bounce a ball.

“Oh, and LeBron and Kevin: You’re great players but no one voted for you. Millions elected Trump to be their coach. So keep the political commentary to yourself or, as someone once said, shut up and dribble.”

James has been highly critical of Trump in the past, famously calling him a “bum” for rescinding Stephen Curry’s invitation to the White House for the Warriors’ NBA championship celebration, after Curry had already said he wouldn’t attend.

Ingraham attempted to explain her choice of words in a statement Friday. She denied there was any racial motivation behind her words.

“In 2003, I wrote a New York Times bestseller called ‘Shut Up & Sing,’ in which I criticized celebrities like the Dixie Chicks & Barbra Streisand who was trashing then-President George W. Bush,” Ingraham said. “I have used a variation of that title for more than 15 years to respond to performers who sound off on politics. I’ve told Robert DeNiro to ‘Shut Up & Act,’ Jimmy Kimmel to ‘Shut Up & Make Us Laugh,’ and just this week told the San Antonio Spurs’ Gregg Popovich to ‘Shut up & Coach.’ 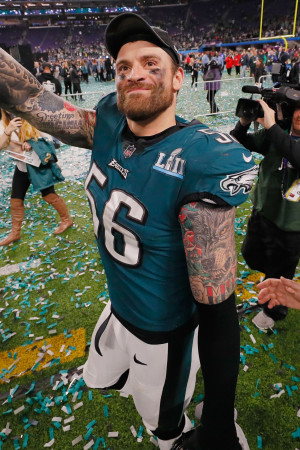 “If pro athletes and entertainers want to freelance as political pundits, then they should not be surprised when they’re called out for insulting politicians. There was no racial intent in my remarks — false, defamatory charges of racism are a transparent attempt to immunize entertainment and sports elites from scrutiny and criticism. Additionally, we stated on my show that these comments came from an ESPN podcast, which was not the case — the content was unaffiliated with ESPN.”

Chris Long, Eagles defensive end has also said he would refuse an invitation to the White House after his team’s victory in Super Bowl LII, posted images in a Twitter thread of celebrities and sports figures — including Bobby Knight, Chuck Norris, Kid Rock — who have appeared on Fox networks for political purposes.

“The point is, what’s the prerequisite for who can talk politics?” wrote Long, who donated his entire salary from the 2017 season to charity. “So, Fox News folks who agree with Laura … you okay with these segments? And if you reply, ‘stick to sports,’ you should probably tune out of Fox News because they’ve got karate guys talking climate change on there. (Which I’m cool with … it’s his right.) Unless it’s just about you needing to feel like you’ve got control of athletes like LeBron.”

ESPN’s Jemele Hill, gained notoriety after calling Trump a “white supremacist” last year, chimed in with Wade and Long, sticking up for James’ character and right to speak his mind.

“LeBron is one of the greatest examples of our country we’ve ever seen,” Hill tweeted. “He went from nothing to something, He had to be excellent at everything. To insinuate he’s not intelligent is appalling.”