When two Texas high school football players were found kneeling in protest during the national anthem before a game on Friday, they were thrown off their team moments after. 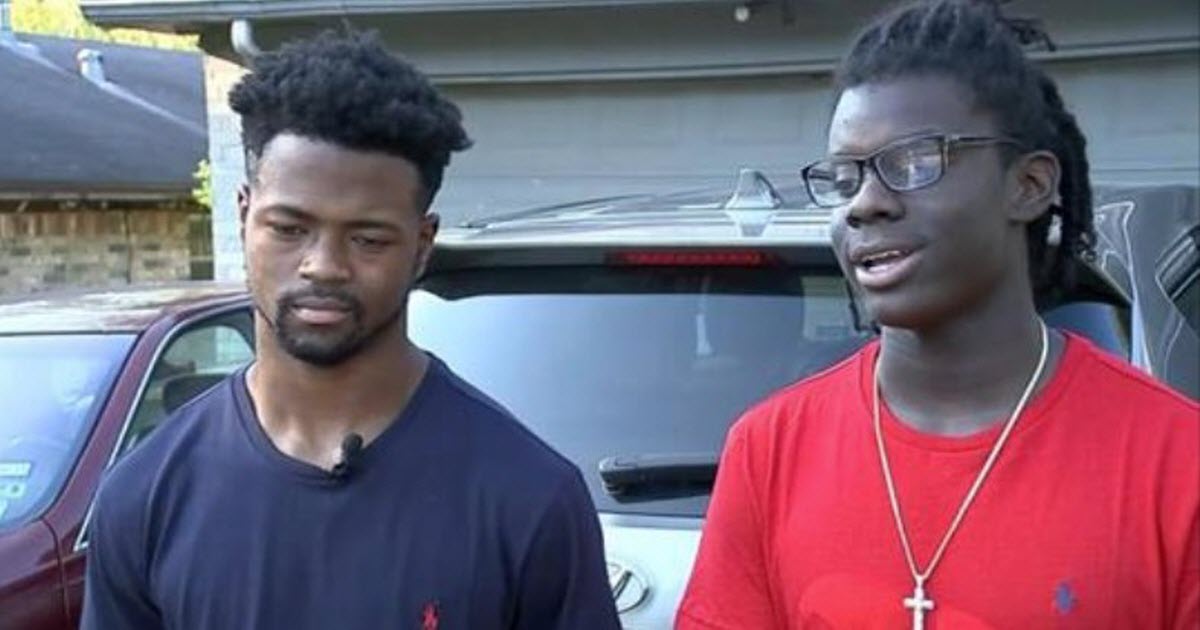 The two teens from Victory & Praise Christian Academy in Crosby, Texas told their coach that they planned to protest in advance. That is when he immediately asked his players to take off their uniforms and booted them off the team.

Coach Ronnie Ray Mitchem said he is a military veteran and has a long-standing rule players must stand for the national anthem.

“There is a proper time to do something in a proper way,” Mitchem said.

Cedric Ingram-Lewis and Larry McCullough said they were happy with their protest, due to the attention it’s gotten.

Ingram-Lewis’ mother said she doesn’t believe her son should have been thrown off the team and criticized Mitchem for the decision.

“He has a slave master mentality,” she said. “If you were to go back to that, when they wanted to tell us, ‘This is what you are going to do and this is how you do it.’”

Their protests echoed many NFL players over the past two seasons. The protests gained national attention when, then-49ers quarterback Colin Kaepernick, began kneeling before games in 2016 in order to draw attention to racial injustice in the country.

The controversy was reignited when President Donald Trump told supporters at a rally last week any player who kneels during the anthem “should be fired.” The comment drew widespread criticism from players and owners, and a number of players kneeled before last Sunday’s games.

Mitchem said he has stopped watching NFL games due to the protests.