Earlier this week, Destiny stopped at a McDonald’s in downtown Chicago after work. As she waited in line to place her order, an elderly man in a wheelchair stopped in front of the cashier to ask a question.

“It took him a few tries before either of us could understand he was saying ‘Help me please.’ Neither of us knew what help he needed, and the cashier suggested a few things before he figured out the gentleman needed help cutting and eating his meal,” Destiny wrote on Facebook.

Destiny didn’t think the cashier would help the old man. The store was crowded, and it was rush hour in one of the busiest cities in the country. Seconds later, however, Destiny couldn’t believe her eyes when the cashier shut down the register and walked out from behind the counter.

What happened next is taking the internet by storm, and luckily Destiny was able to snap a photo of the stunning act of kindness as it unfolded right there in the restaurant.

Destiny was standing in line to place her order at a Chicago McDonald’s. That’s when she saw an old, disabled man in a wheelchair ask the cashier if he could help him eat his food. Destiny didn’t think the cashier would oblige. 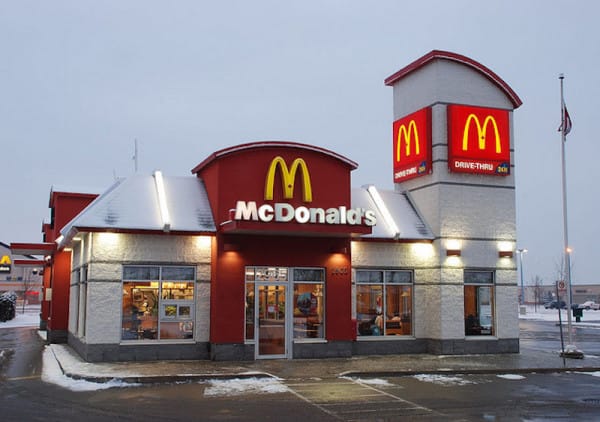 …But Destiny was blown away when the cashier shut down the register and walked out from behind the counter. He washed his hands, then proceeded to sit down and begin cutting the man’s meal and helping him eat. He had no idea another customer was taking a photo of the heartwarming scene as it unfolded. 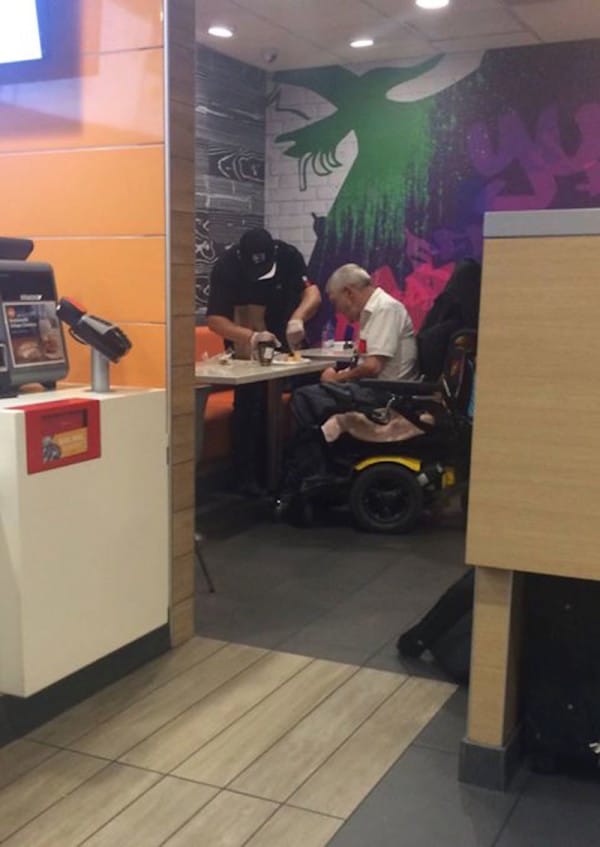 Destiny couldn’t hold back the tears as she snapped a photo of the cashier cutting the man’s food and feeding him. “This employee, who put everything on hold for this man, went above and beyond his responsibilities to help this handicapped customer out.” she wrote on Facebook. “That was the kindest and most humble thing I had ever seen.” 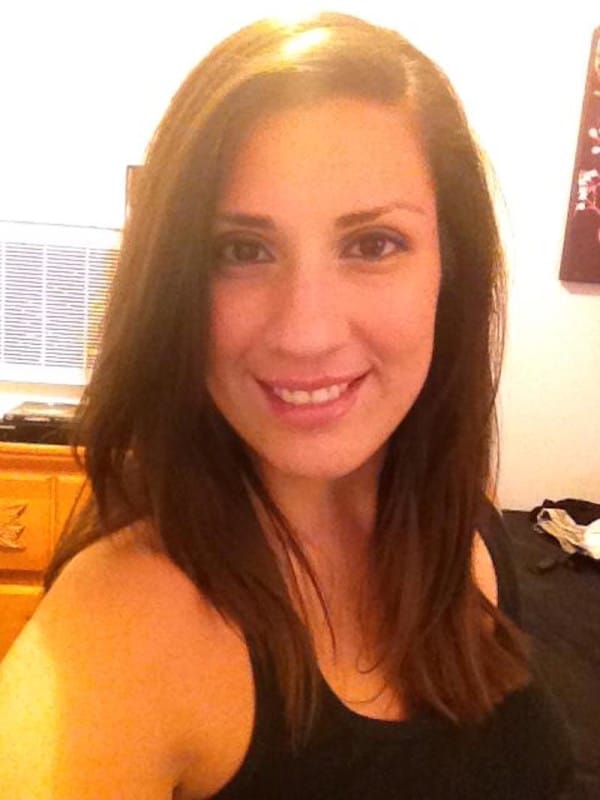 The photo is quickly going viral with hundreds of thousands of shares. Her story puts a kind face on the corporate world of fast food — and humanity in general. 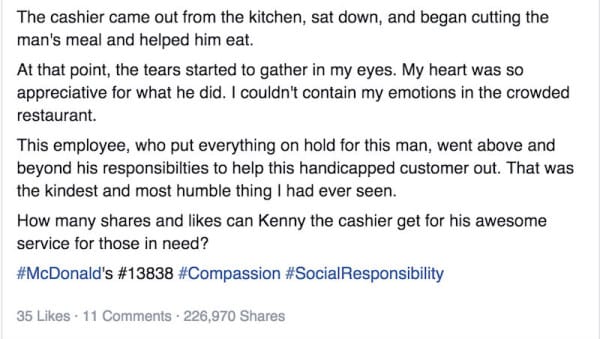 What an awesome man for helping a stranger in such an intimate, selfless way. We need more people like him in the world!