Home
Humanity
Pastor And Wife See 2 Filthy Boys Sitting In Trash, Then Their Parents Say They Can Have Them

Recently, a man named Mark was leaving Metropolitan Ministries in Pasco County, Florida when made a shocking discovery outside the building. He suddenly found himself standing over two young boys. They were filthy, clad only in diapers, and sitting on a pile of trash.

As it turned out, the boys are brothers. One is 7 months old and the other is 2 years old. Their family was homeless and living in a tent in the woods.

Pastor Ronnie Stewart and his wife Krystal of Refuge Church heard about the children and realized they belonged to the same family who often ate at the church’s soup kitchen. “Our hearts were breaking as evening came, along with storm clouds,” Krystal writes. “We began imagining the night these boys were about to have as we were getting ready to go home to a warm, dry house.”

Despite the fact Ronnie and Krystal already have three kids, they knew they couldn’t let the homeless boys suffer outside. They convinced the parents to let them take the boys home with them for the night to provide them with baths and warm food. That night, Krystal realized just how bad it was; the boys were covered in bug bites, and the skin on their feet was literally falling off.

The following Sunday, Ronnie, and Krystal were leaving church services when they were approached by the boys’ parents. They had a stunning question for Ronnie and Krystal, and the answer would change all of their lives forever.

Scroll down to read what happened in Krystal’s own words… 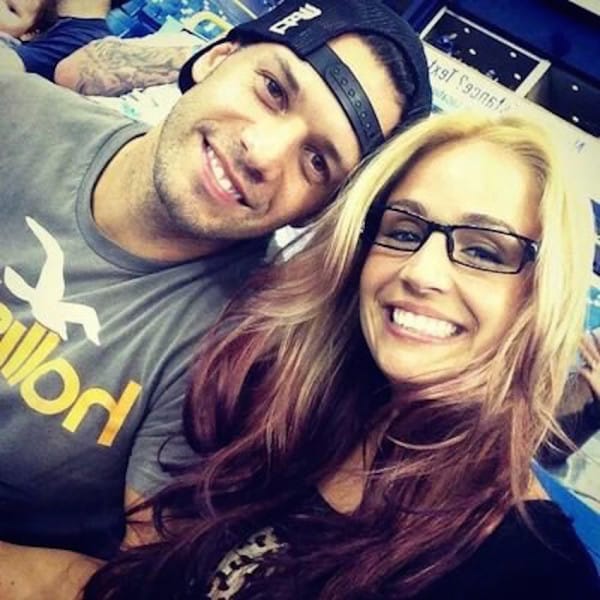 My heart stopped as I heard my husband’s words. I closed my eyes and prayed for courage as I felt our lives getting ready to change drastically. As pastors, we have always tried to help people as much as we could, but this was on a whole different level. It was bigger than us and we knew it.

Let me back up to the beginning. We started a church called Refuge located in Pasco County, Florida which happens to have a rather large homeless population. We knew this community was hurting, so we dove right in and started helping in every way we could. We partnered with Metropolitan Ministries, serving free hot meals at the church twice a week (Tuesdays & Saturdays) to the homeless.

In a matter of months, we were feeding 500 people a week and offering free clothes & toiletries.” 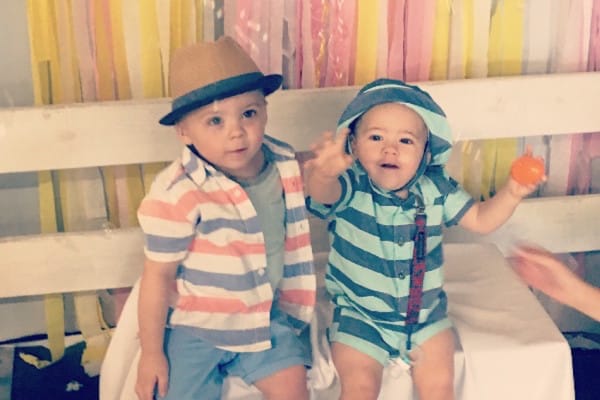 “On Friday, Nov 6th, we were working all day at the church, and I couldn’t help but notice the tiny face of a toddler staring in at us through the glass doors. His younger brother lay strapped in a stroller next to their parents for an estimated 10 hours that day. It gripped my heart.

I recognized the parents, they had been attending the feeding program for a few weeks. The family, along with another man, camped out under the awning of the church all day. It was evident at that time that the children were in need, and I knew we were placed in this community to meet needs.

Our hearts were breaking as evening came, along with storm clouds. We began imagining the night these boys were about to have as we were getting ready to go home to a warm, dry house.”

“I asked my husband, ‘Since the parents are high and refuse to go to a shelter, should we just ask them if they want us to take the babies home for a warm bath & bed for the night?’”

‘Ummm they said yes…’ were the next words I heard.

Without hesitation they put an old, blue polo shirt they had gotten from the church on the toddler and handed me the baby in the car seat. I asked the parents the babies names as we drove away not realizing I didn’t even know what to call them. Within 5 minutes of driving down the road, the rain began to fall and I couldn’t help but stare in my rear view mirror amazed and overwhelmed that God provided a refuge for these boys and chose to use my home to do so.

After returning them to their parents Saturday, we prayed as a family that God would protect the sweet boys and always provide a shelter for them (never dreaming it would be with us).” 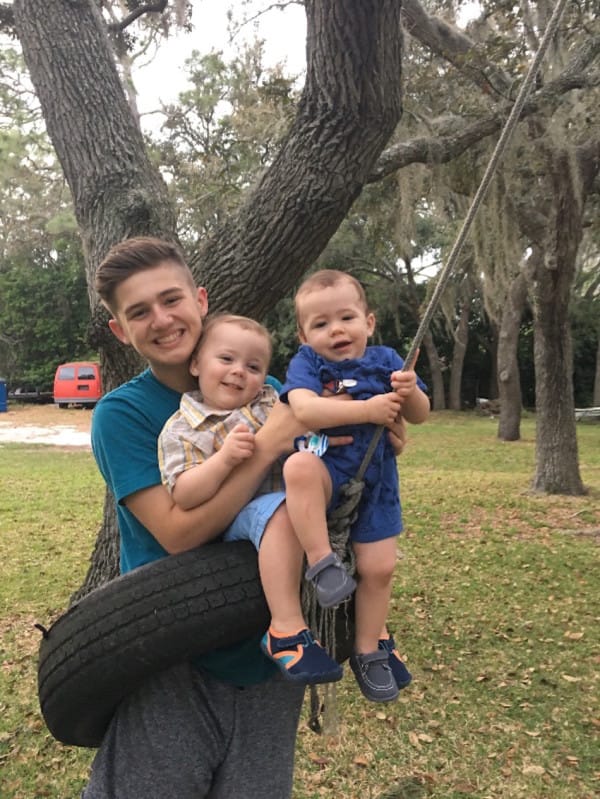 “As we were leaving church Sunday morning, we were approached by the family with their social worker in the parking lot. They told us that after investigating, the social worker determined the boys would be immediately removed from the parents. (Due to the boys’ privacy I will not disclose details).

The parents asked if we would temporarily shelter the children to avoid foster care and needed an immediate answer.

That was 5 months ago, and what was so unplanned & unexpected has turned into a beautiful blessing for our family.” 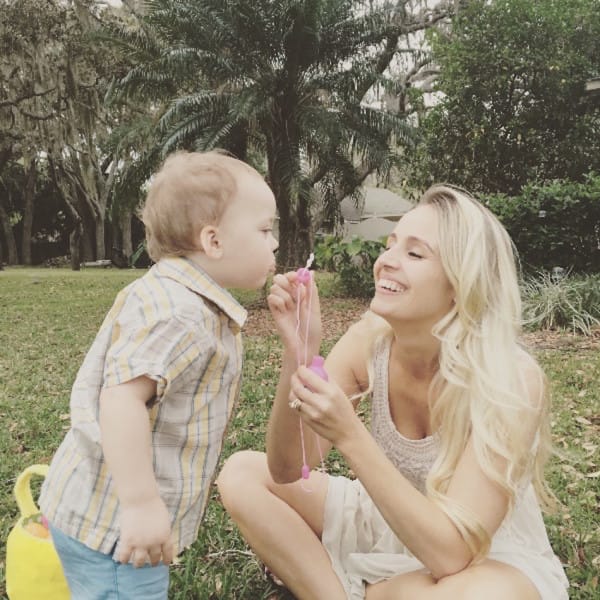 “We have now been faced with the decision to adopt or place the boys in foster care. We are absolutely positive that God has placed them in our lives for a purpose and to love them as our own. We cannot deny God’s sense of humor; my husband laughs as he remembers the conversation that we had the day before we met the boys. I was 6 weeks post-op from a total hysterectomy after battling an early cancer diagnosis and sadly said, ‘Well, no more kids for us!’

With the consent forms already signed, we are now finalizing the process to legally adopt the boys and officially make them part of our family.” 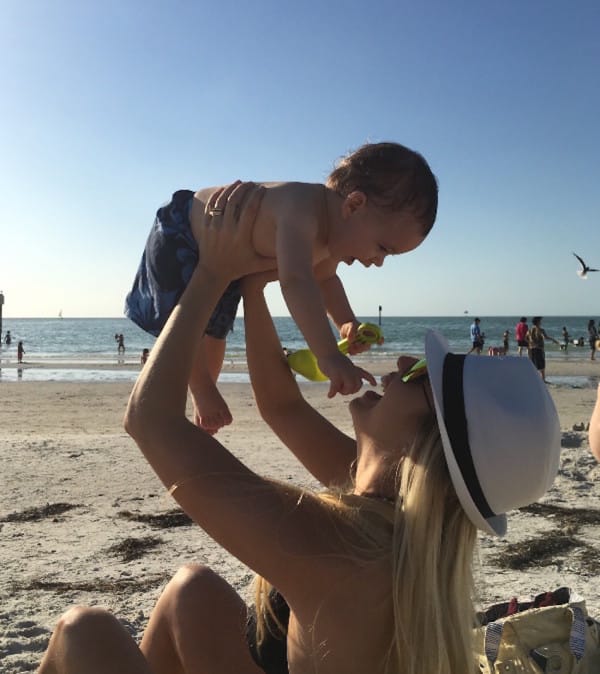 “Thank you, everyone, for your prayers and support thus far. Since we are not foster parents we have received no assistance from the state to care for these boys. For those that have asked for us to set up a go fund me, it is truly an honor. You will forever be a part of our family’s miracle.

Even though the boys have been in our care, finalization requires an attorney, court, and filing fees estimated at $10,000.

Our prayer is that our story inspires others to also take generous leaps of faith when your moment arises.”

This is such an incredible story. It must have been fate that brought these two boys into Ronnie and Krystal’s lives. Please SHARE their story with your friends on Facebook.