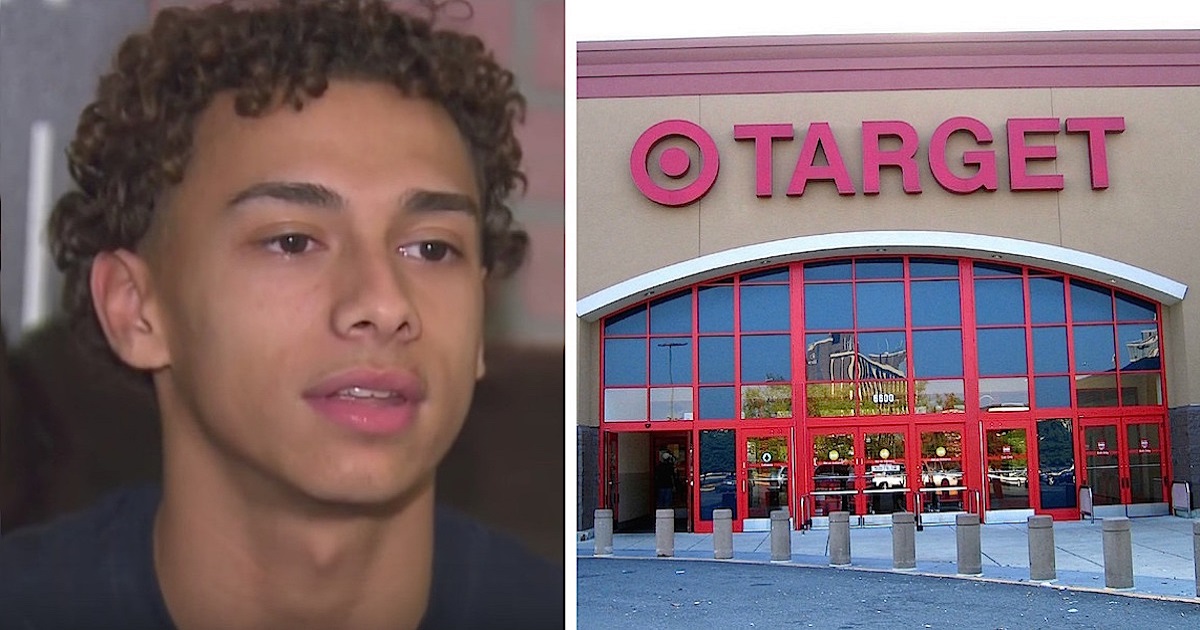 In November 2016, Cameron Cook was shopping with his mother Heather at their local Target outside Boston. While walking through the store, Cameron, 17, noticed a suspicious looking man.

Cameron said the man had a “demonic look” in his eye, so he kept watching him. It wasn’t long before the curious teenager realized the man was fixated on a little girl whose mother was using the restroom at the time. He could tell the man did not know the little girl, and the more he observed, the more uncomfortable he became.

Cameron and Heather then saw this big, burly man beginning to “grab” himself, and they got close enough to him to smell the liquor on his breath. Heather suggested they move along, but her brave teenage son refused to walk away. He knew something was horribly wrong and trusted his instincts.

Just seconds later, the man thrust himself up against the girl, who looked visibly confused.

Without hesitation, Cameron threw himself between the man and the girl and confronted him head-on. He showed no fear — and what he did next is nothing short of heroic.