A college student in Mexico survived after reportedly falling 80 feet from a sixth-floor balcony while performing a yoga pose over a railing last weekend.

In a still shot spread widely on social media, the young woman, identified by the Mexican newspaper El Universal as 23-year-old Alexa Terrazas, is seen hanging upside down on the outside of the balcony rail while supporting herself with her waist and the weight of her legs, which are bent. According to a tweet, the woman was practicing “extreme” yoga. 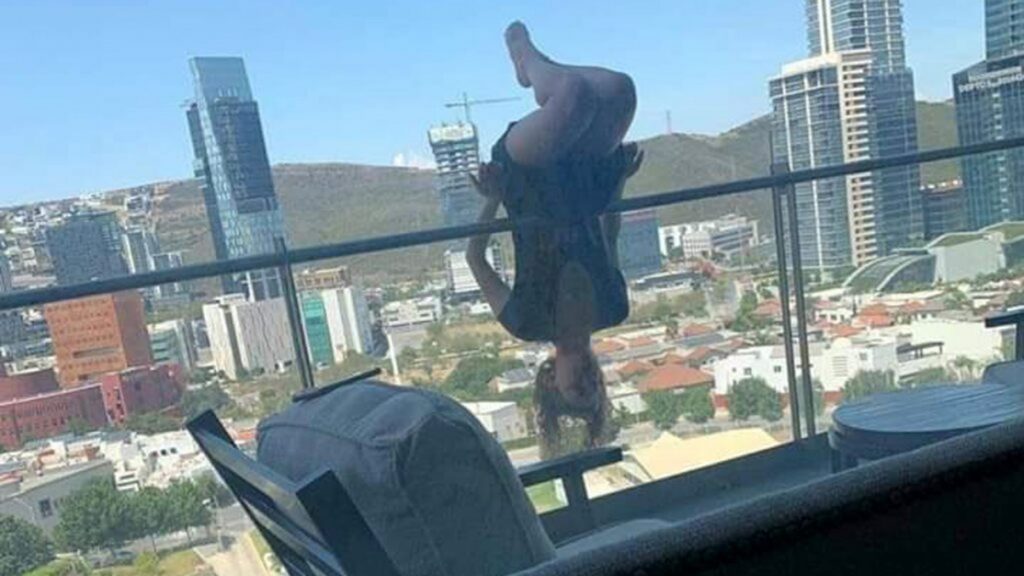 The woman, identified as Alexa Terrazas by local outlets, was allegedly practicing yoga over her balcony railing when she fell and broke her legs. (Javo Rayado)

After the picture was taken, the woman fell from the apartment balcony and broke both of her legs, as well as suffered fractures to her arms, hips, and head, El Universal reported.

According to the publication, the woman, living in San Pedro in Nuevo Leon, broke 110 bones and underwent 11 hours of surgery following the fall. She will face years of recovery.

The Nuevo Leon Attorney General’s Office investigated the fall and found the guard rail did not have structural damages, local outlets reported.

It was not known if the woman had performed the risky stunt before.