Recently, an Ohio teen named Kelsey turned 13. To celebrate, she asked her mother if she could get some blonde highlights.

Kelsey’s mother, Christin Johnson, happily agreed. The mother-daughter duo headed off to the salon and after a day of pampering, Kelsey was thrilled with her long, freshly highlighted hair.

In a post-makeover photo, Christin posted to Facebook, Kelsey can be seen proudly smiling for the camera.

Chrisin then dropped Kelsey off with her dad and stepmother. But the birthday girl was returned to Christin looking drastically different than when she dropped her off.

The horrified mom returned to Facebook to post a set of new photos — only this time, the images sparked outrage across the country. 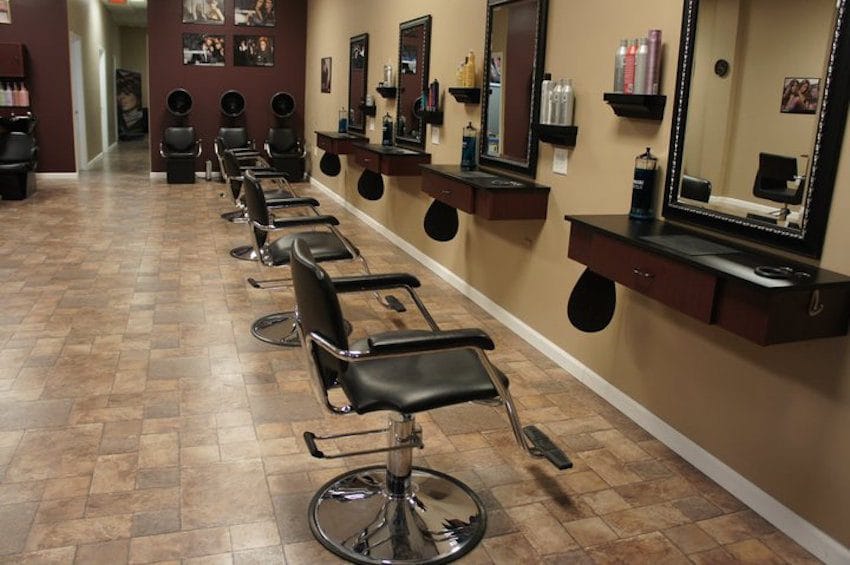 Many teenage girls anticipate the day they can get highlights in their hair for the very first time.

A fresh new look can be a great confidence boost for young women navigating their adolescence and self-identity. 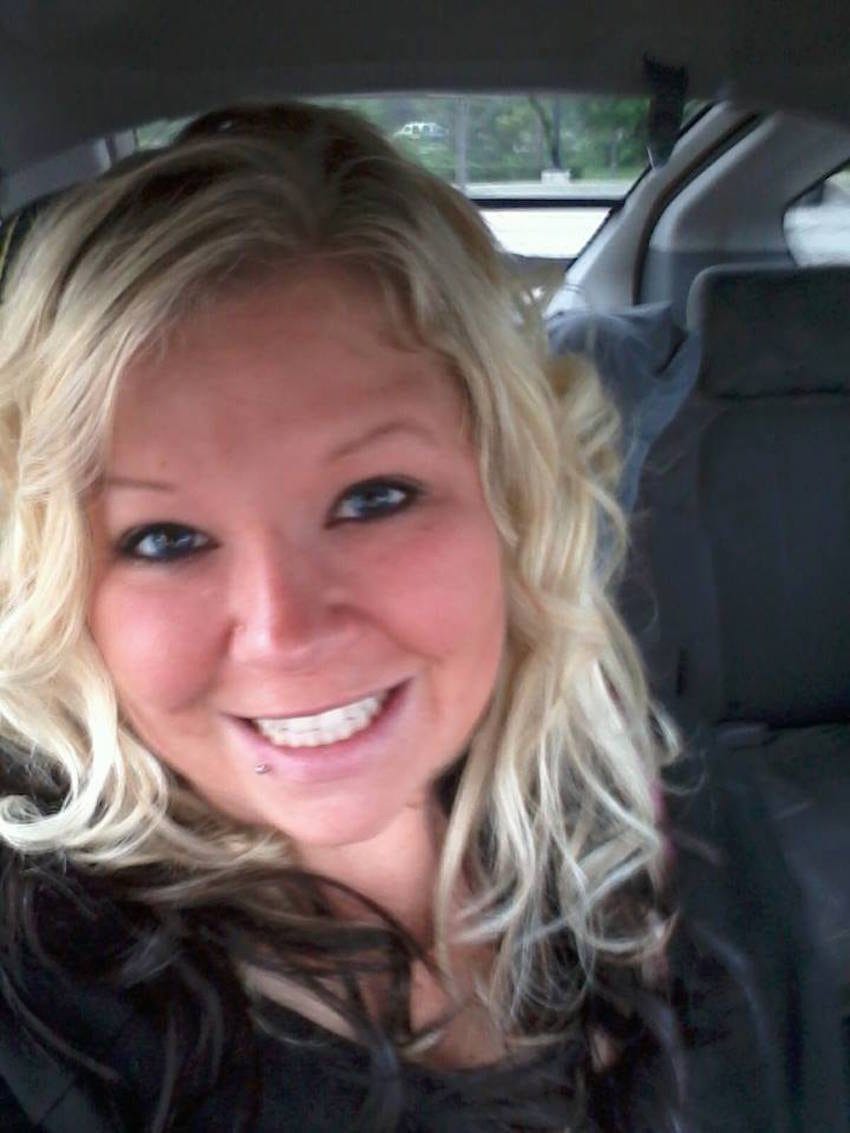 This is Christin Johnson, a working mother from Ohio. 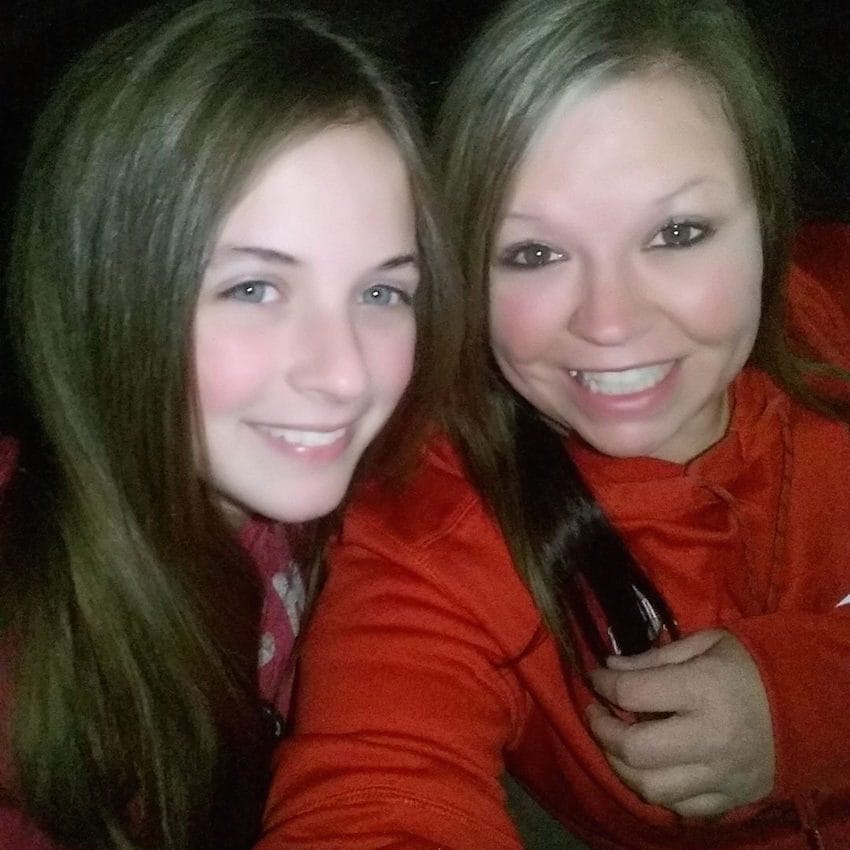 To celebrate her official status as a teenager, Kelsey wished for a fresh new look.

She asked her mom if she could get some blonde highlights in her long dark brown hair. 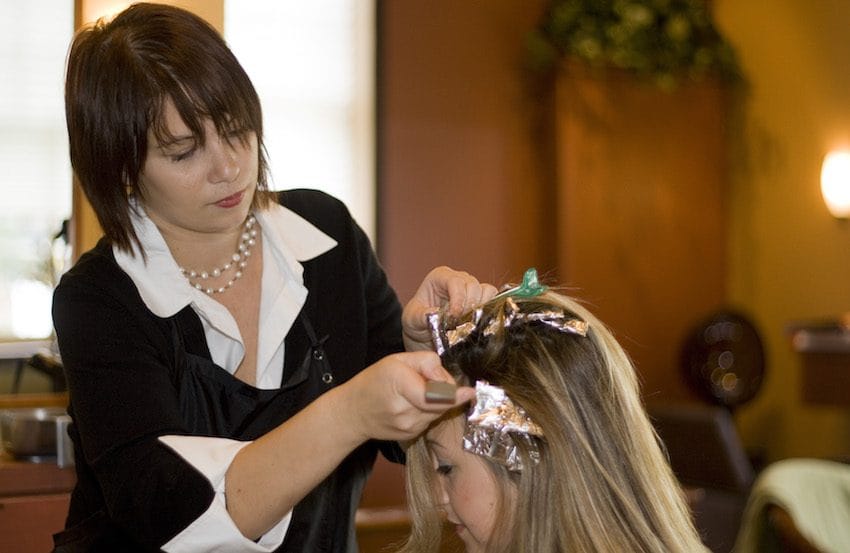 Christin agreed to Kelsey’s birthday wish and took her to the salon. 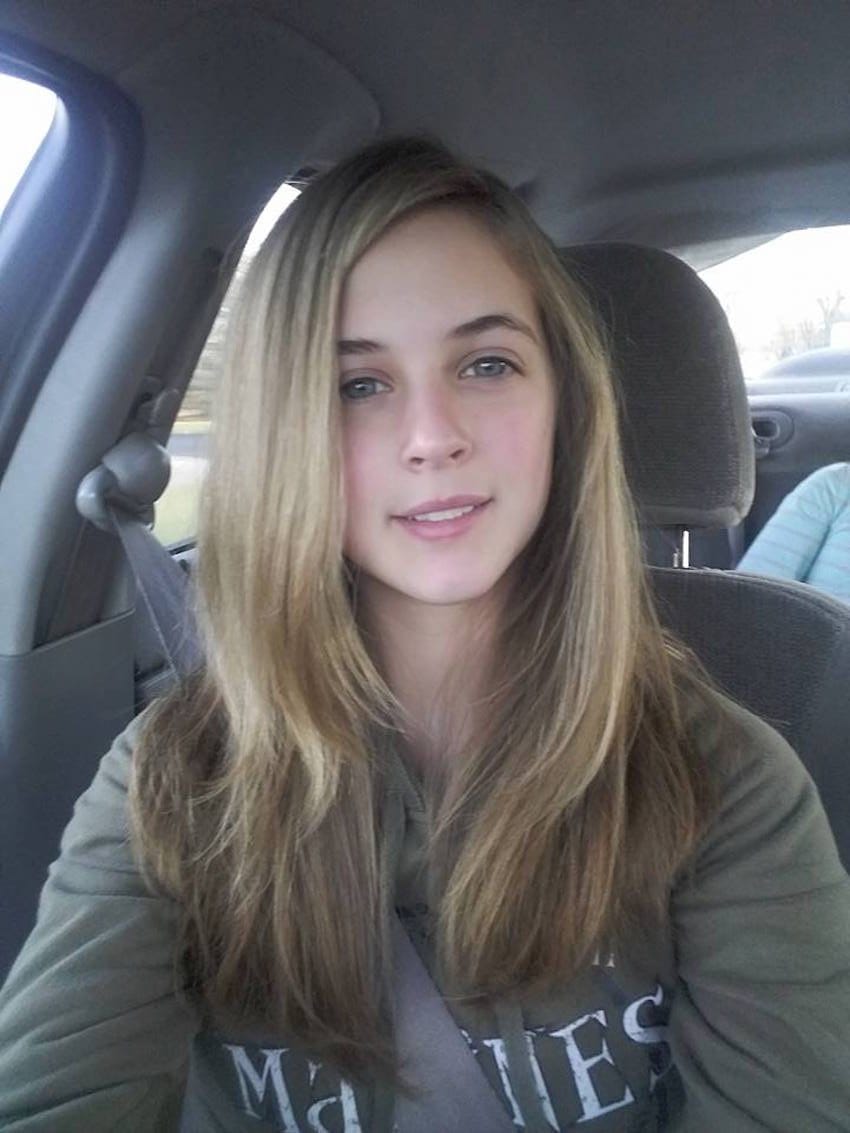 Kelsey was beaming after her hair appointment and proudly showed off her brand new head of highlights for the camera.

Christin then dropped Kelsey off to spend a couple days with her father and stepmother.

But her teenage daughter was returned looking drastically different than when she dropped her off. 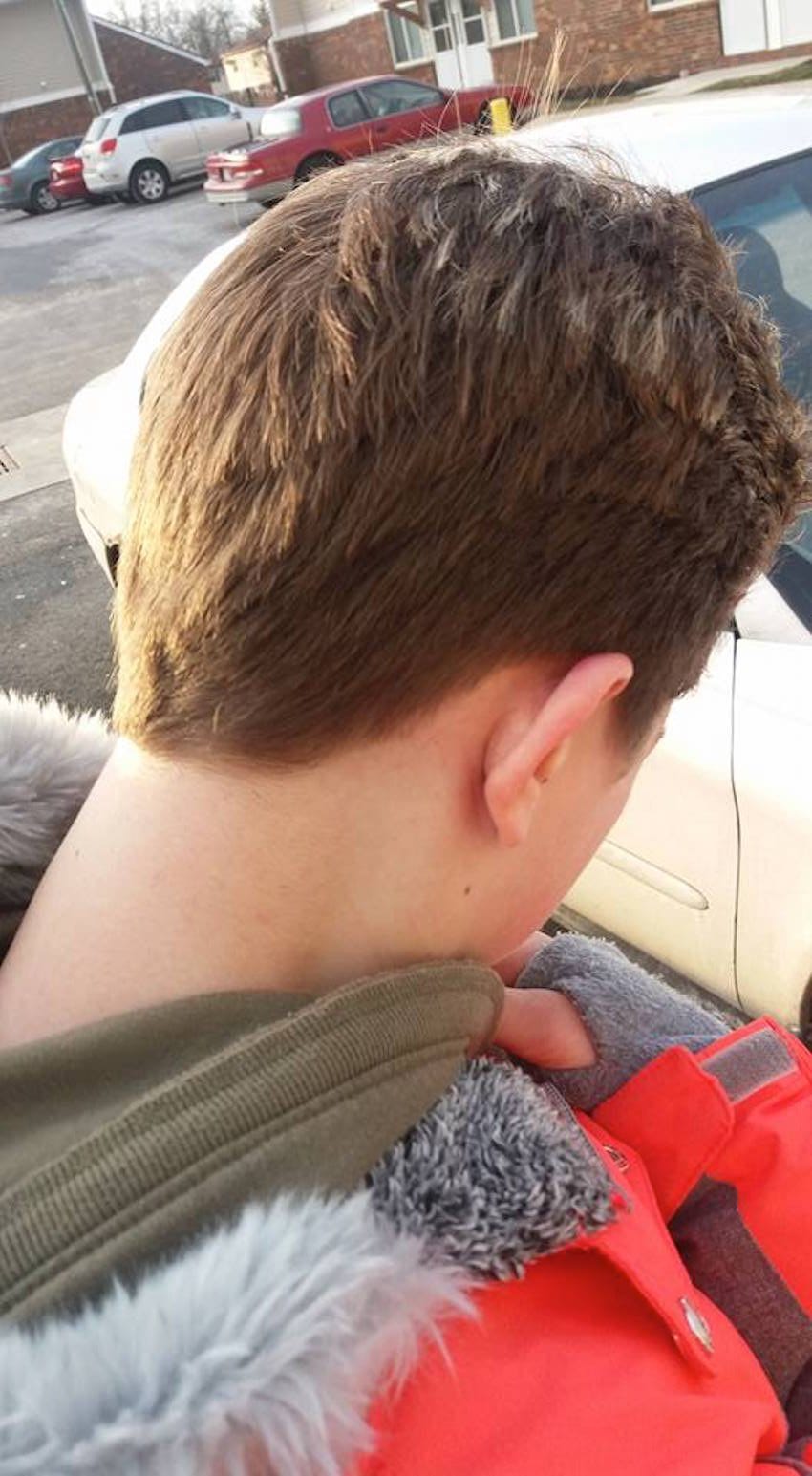 Kelsey had yet gotten yet another haircut — but this one was completely unwanted.

Horrified, Christin shared the latest photos of Kelsey’s on her Facebook page, along with a troubling caption:

“This is what my daughter looked like Sunday when I took her home and the other two pics is what happened today before she was brought to me… all over me having highlights put in her hair for her birthday!” 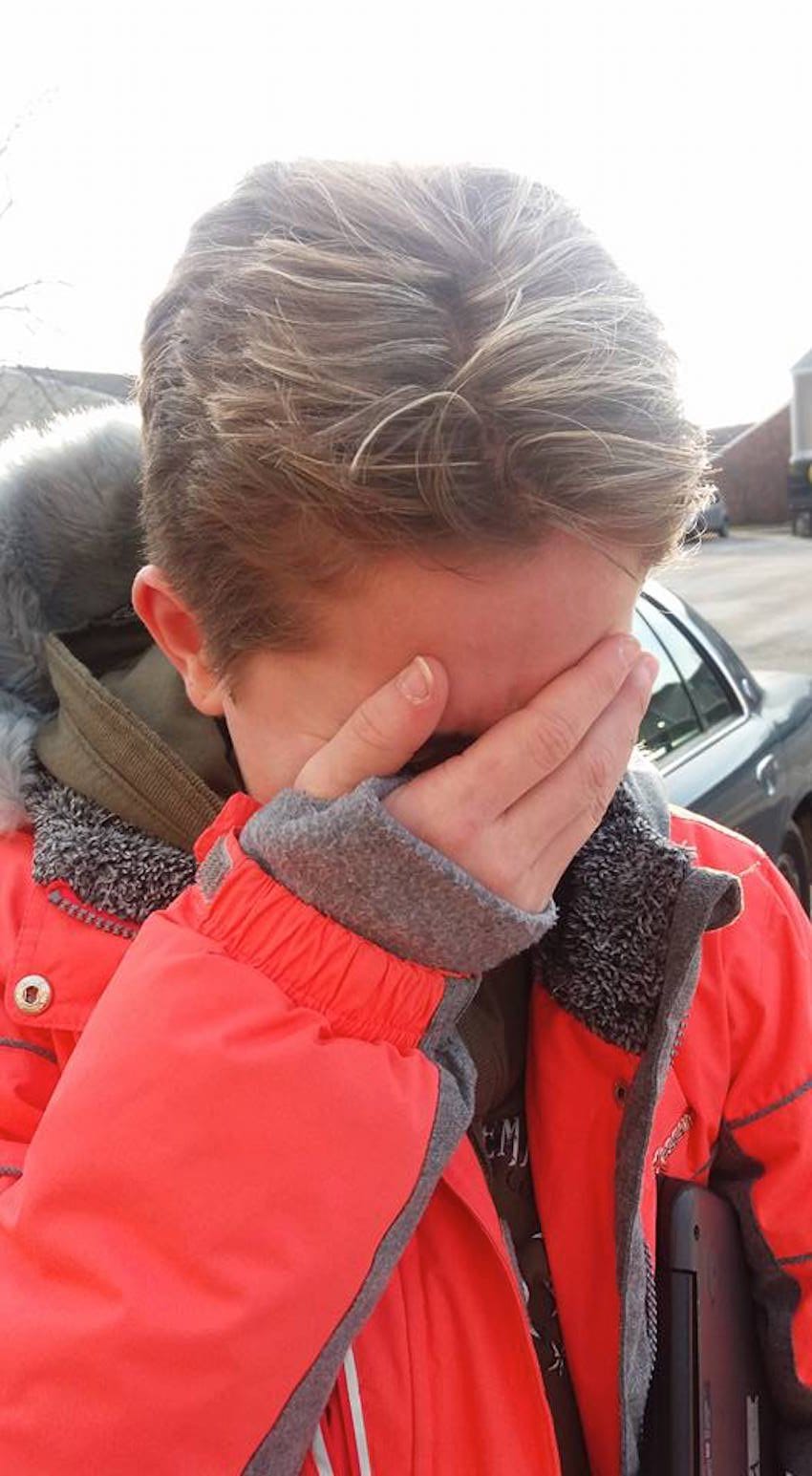 Kelsey’s long highlighted hair had suddenly been chopped off. Instead, she had a short pixie cut with choppy shaved sides.

Her father and stepmother reportedly cut off her hair as punishment for getting the highlights. “Actions have consequences,” they told her.

In one of the photos taken by Christin, Kelsey was so upset and humiliated, she refused to show her face. 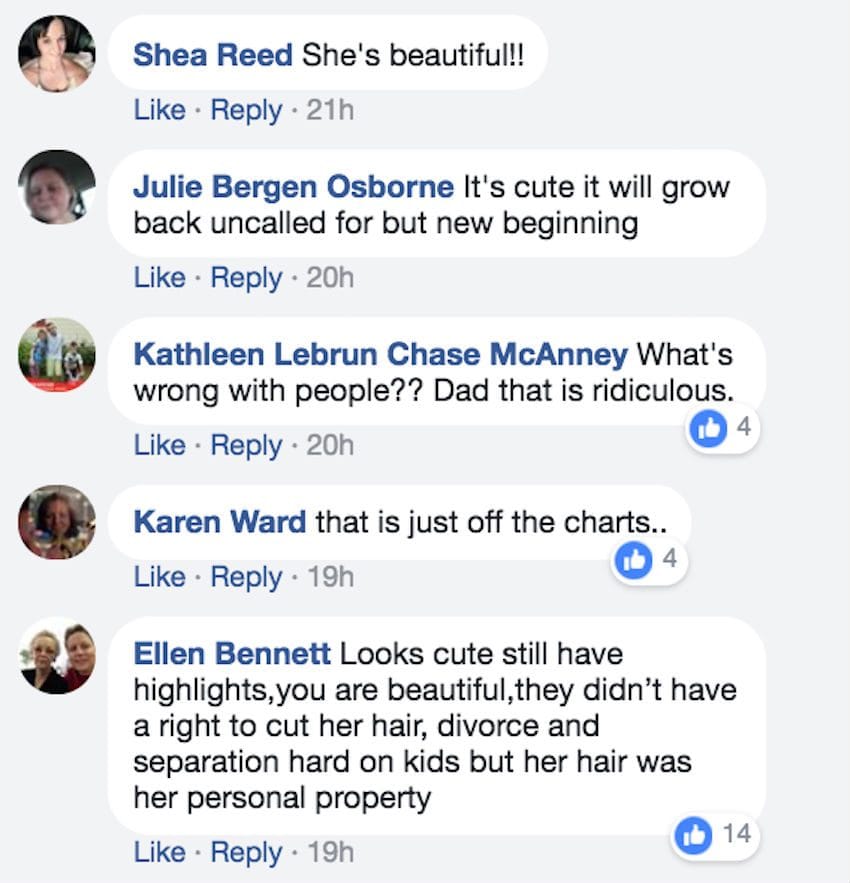 Christin’s story has sparked national outrage, and countless readers are appalled over the father’s decision to cut Kelsey’s hair in an effort to punish and/or humiliate her.

Some suggested a good solution would be for Kelsey to get hair extensions, but Christin says she’s convinced her dad would simply cut them out. 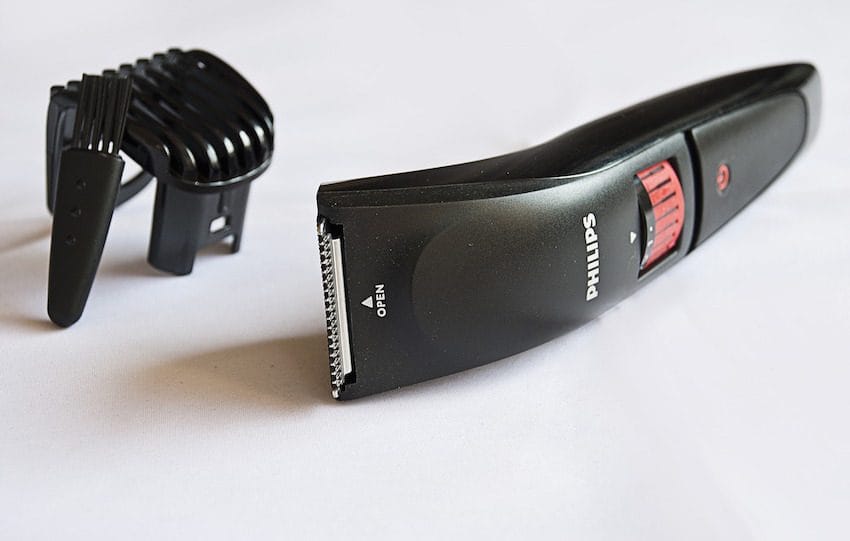 Though some readers maintain there are two sides to every story, it seems the tables have turned; Kelsey’s father and stepmother are now facing consequences of their own.

Wood County Job and Family Services have started an investigation. And the couple, who both work as firefighters, have apparently been suspended and put on administrative leave. 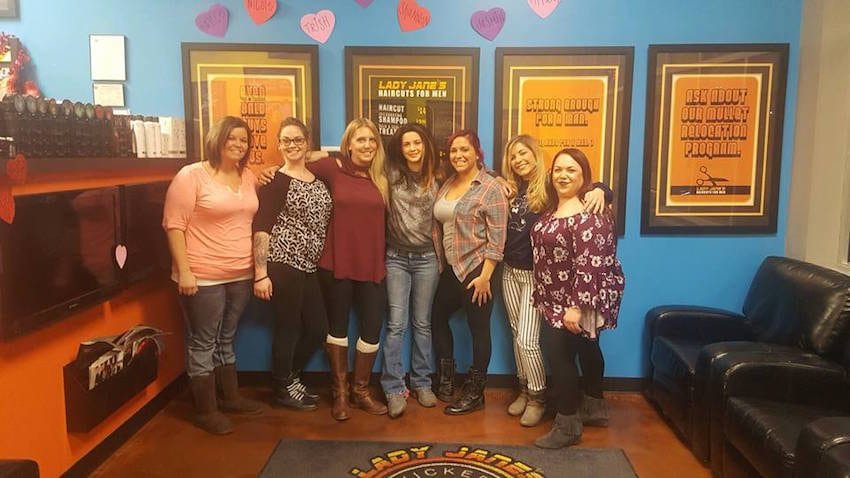 There, the kindhearted staff fitted the teen with the wig of her choice. 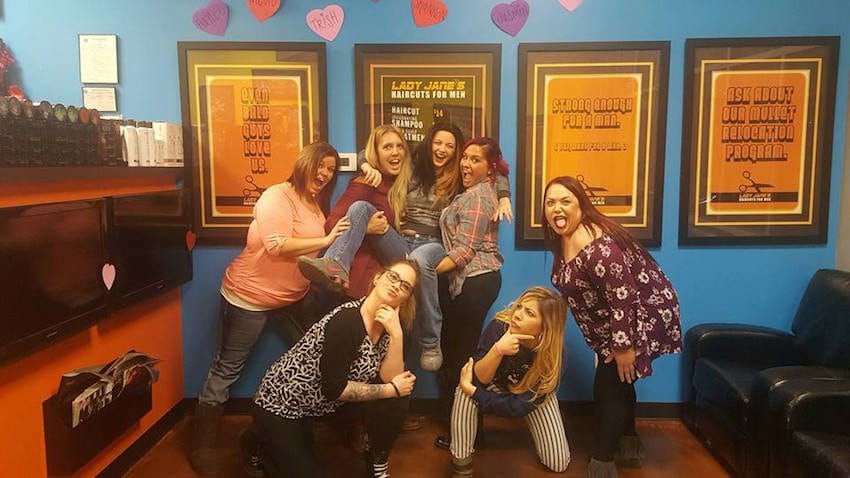 We truly appreciate you ladies so much!” It’s awesome to see Kelsey has gotten her smile back.